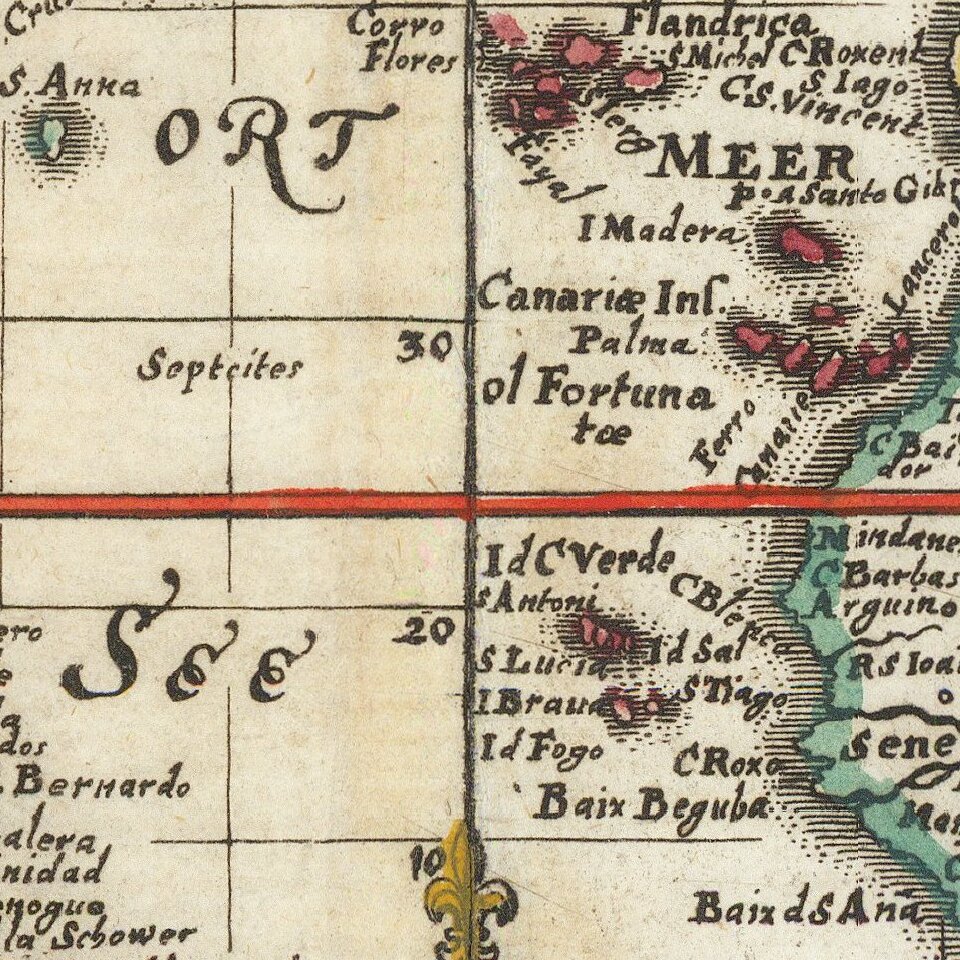 Matthaus Merian's edition of Blaeu's famous map of the World on Mercator's Projection.

The map shows an elongated Northwest coastline culminating in a narrow strait (Anian) between Asia and America. California and the Sierra Nevadas are prominently named. A large southern land mass is named Magellanica. No Great Lakes are shown.

In the South Pacific, Australia is not yet present as a separate landmass and remains attached to Magallanica and pre-dating the appearance of New Zealand. A narrow southern strait between the Atlantic and Pacific is shown, with a massive mythical southern (Antarctic) land mass. The eastern coastline of North America is still very primitive.

In Asia, Korea is shown as an Island, Japan is shown in an early primitive model and the image of the Philippines is dramatically oversized.

In Europe, the prospect of an open Northeast Passage to the Pacific is still prominently shown, with the coastlines of Nova Zembla, etc., still only partially charted.