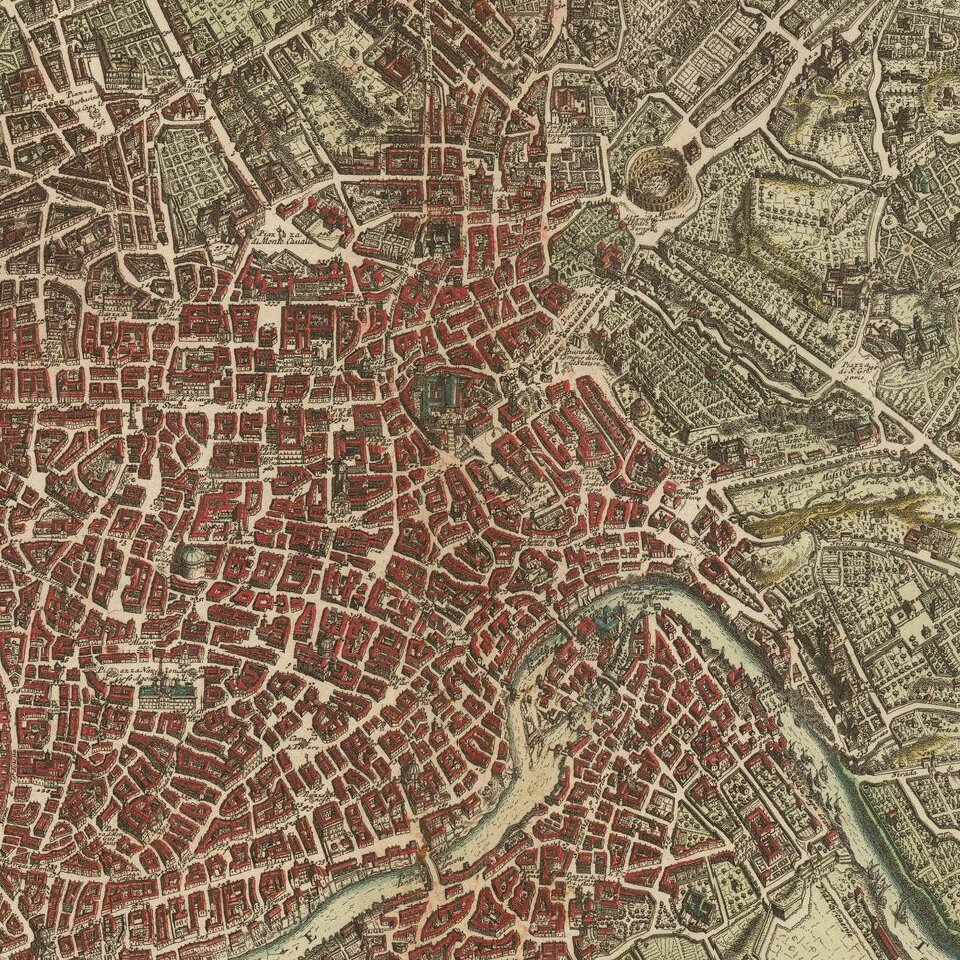 Striking example of this rare decorative plan of Rome, published in Amsterdam by Jacob de la Feuille, likely from the same plate as Joannes De Ram.

This fine map of Rome is based on Giovanni Battista Falda's influential wall map. It provides remarkable detail down to the streets, churches, houses, gardens, piazzas, bridges and gates with the Vatican appearing in the immediate foreground. The legends flanking the map contain a key to 464 locations.

The City on Seven Hills is encompassed by its ancient walls and the banks of the River Tiber. Numerous monuments and sites, all of which are still present today, can be seen on the view, including the Coliseum, the Pantheon, the Piazza del Popolo, the Church of San Giovanni Laterno, the Castel Sant'Angelo and the Vatican, which is dominated by the Dome of St. Peter's Basilica and Gianlorenzo Bernini's great oval Colonnade that lines the square below. 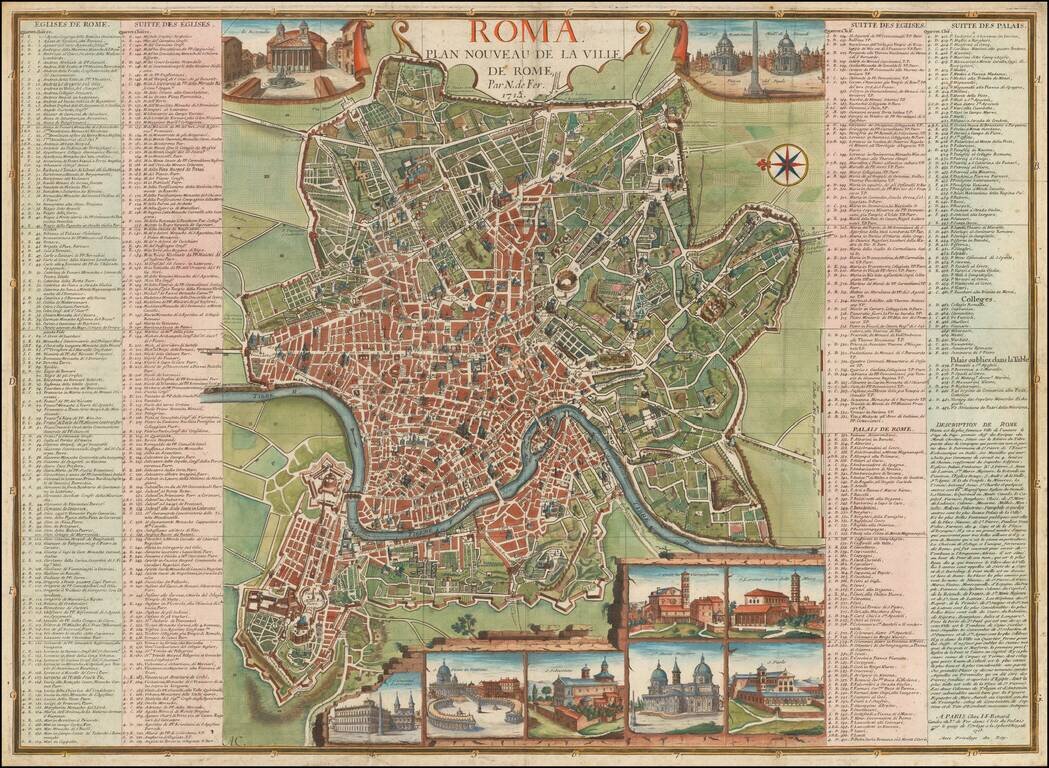 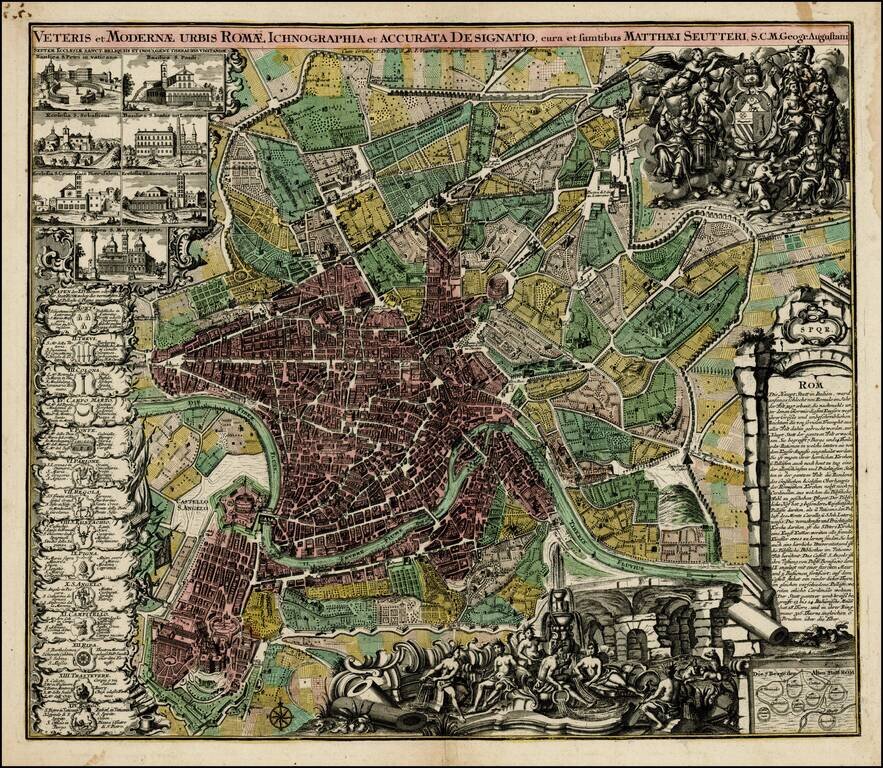 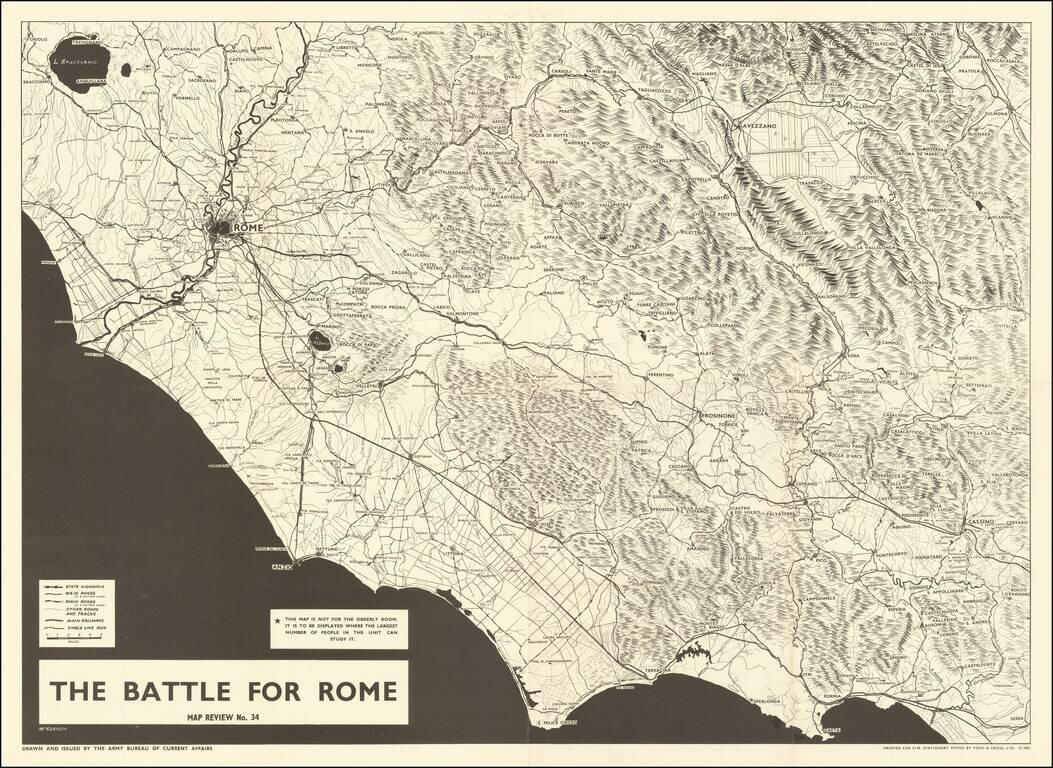