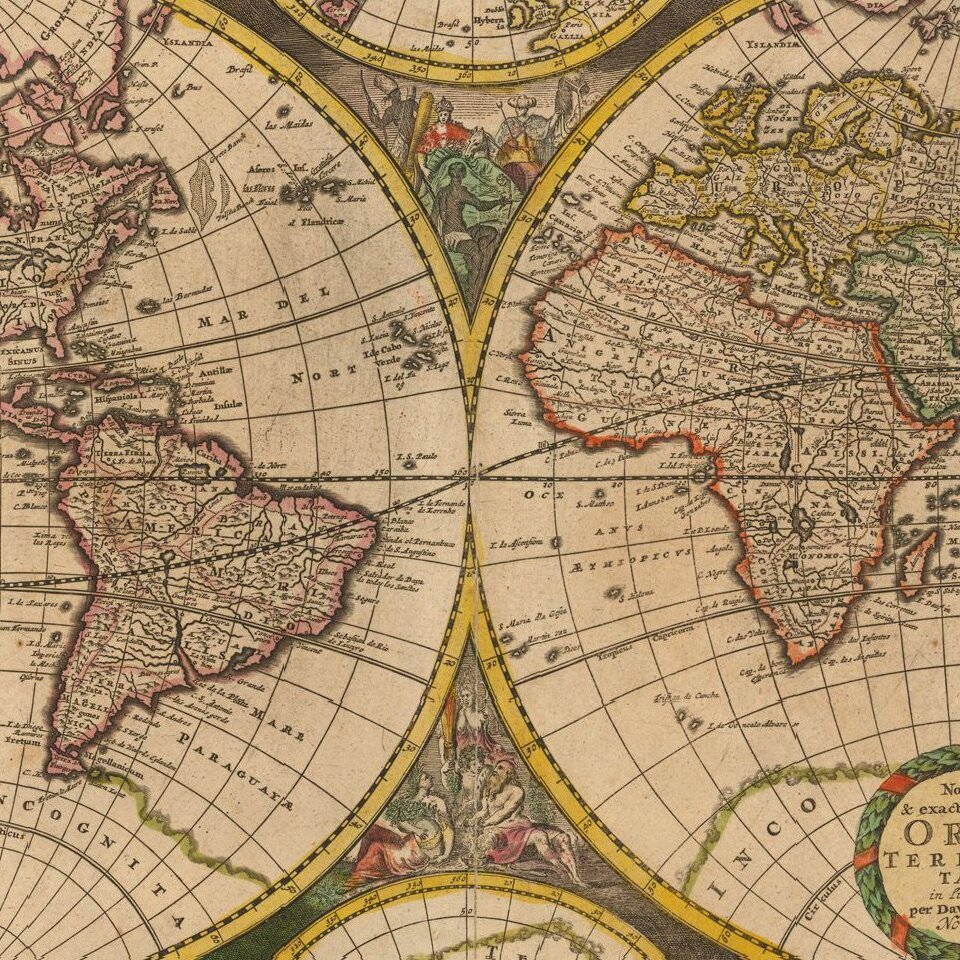 The geographical details include California as an Island, incomplete coastlines for Australia and New Zealand and a partial Terra Incognita in the South. There is no coastline north of California. The land bridge to Asia present--Terra Esonis. The Great Lakes are shown open to the west.

The map is surrounded by four large lively allegorical scenes, representeing the four elements. Fire is shown by war and destruction, air by the heavens, earth by harvesting and husbandry and water by ships and a spouting whale. There are groups of figures between the hemisperheres and on either sided of the smaller polar maps.

Funcke's maps are scarce. Funcke was active from 1680-1705, but his maps rarely appear on the market.

It is possible that it was engraved by Johann Baptiste Homann, who worked for Funcke as an engraver before starting his own business. At least two of Funcke's maps were later re-published by Homann, including this one.