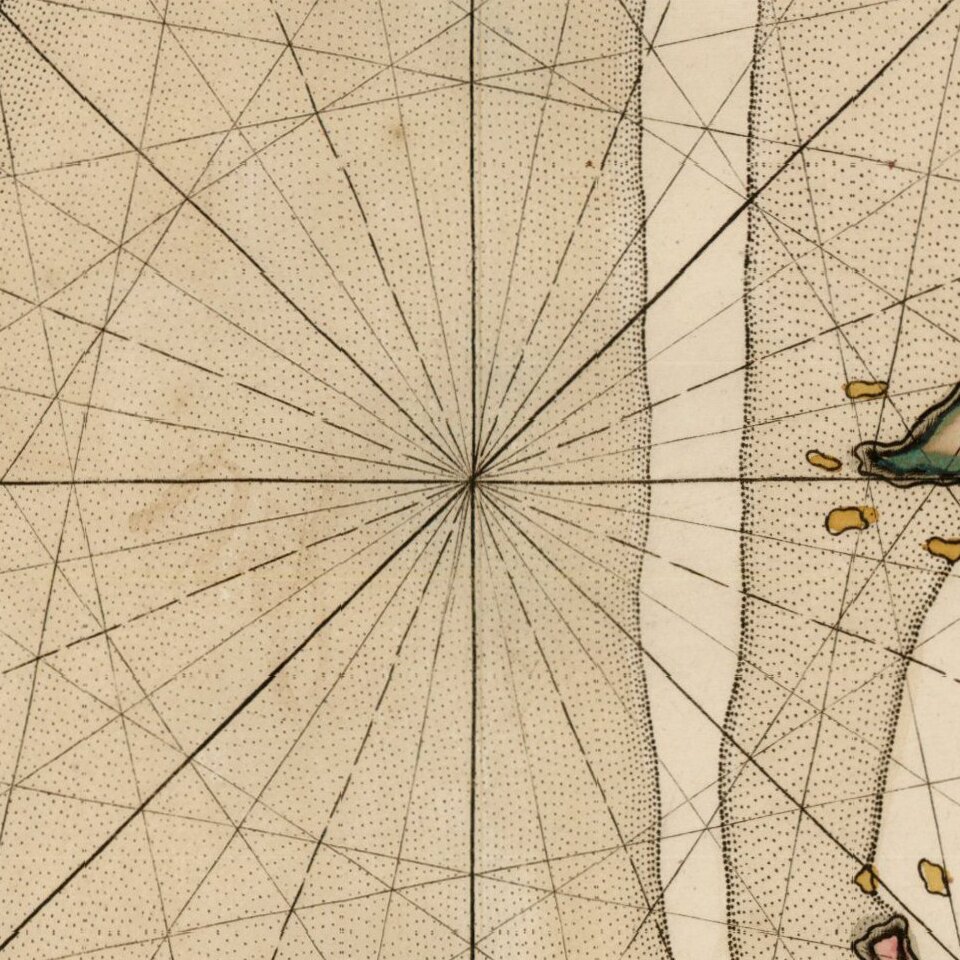 Fine old color example of Van Keulen's sea chart of Southeastern Florida, the Bahamas and Northeastern Cuba, first issued in the fourth part of the 1684 edition of his Zee-Fakkel, published in Amsterdam.

Oriented with West at the top, Van Keulen's chart provides a highly detailed treatment of South Florida, from the Mosquito Lagoon and the Merritt Island area in the north to Tavernier and Islamorada in the south. Six or Seven Keys are named, including Key Biscayne, which is called Cayo de Biscambos. Cajo de Melchior Roiz appears, drawn from Hessel Gerritsz' chart of 1631.

The chart provides a detailed look at the major islands of the Bahamas, including Grand Bahama Island, Great Abaco Island, Nassau, Grand Exuma, Eleuthera, New Providence, etc. The treatment of Northeastern Cuba is also among the best of the 17th Century.

A cornerstone map for Florida, Cuba and Bahama collections.