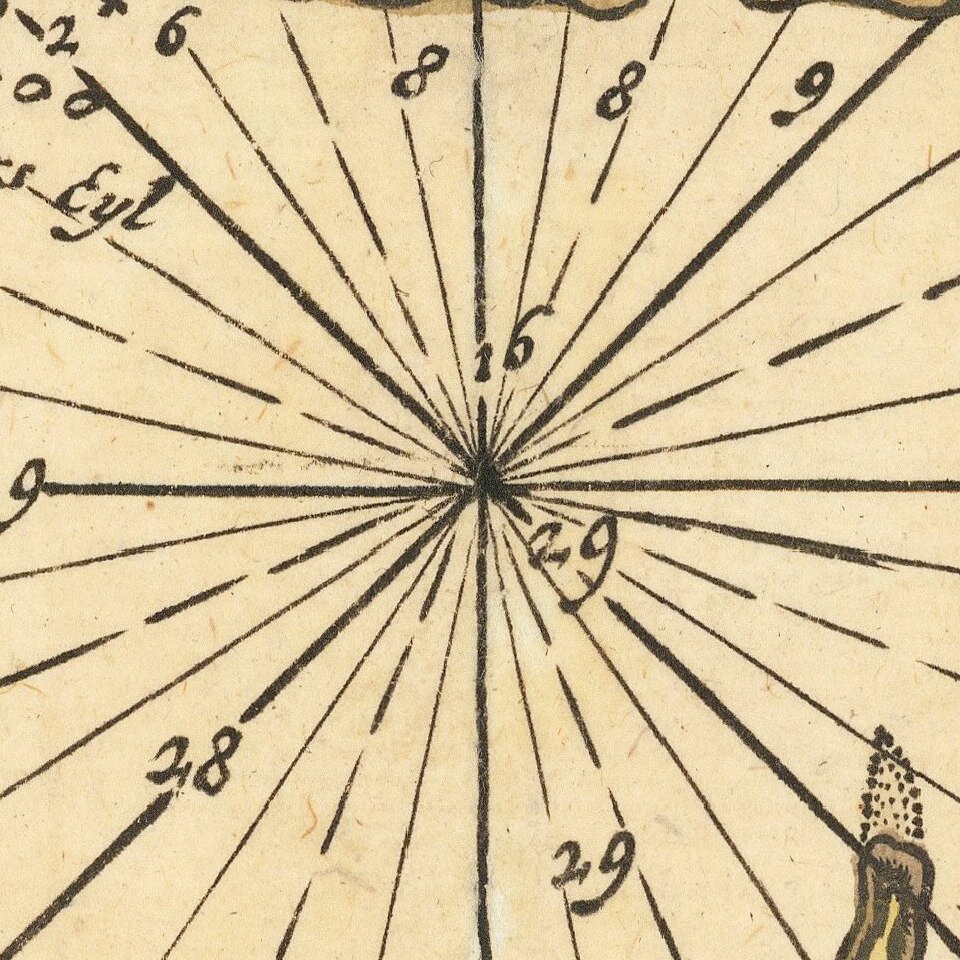 Van Keulen's map is of great note for several reasons. It is the second earliest map of the region, after the extremely rare chart of the same region published by Arent Rogeveen in 1675. Perhaps most notably, the maps of the "Noord" River (Hudson River) and Versche River (Connecticut River) make this the earliest printed map of a North American River.

The map is based on unknown original Dutch surveys made just before they surrendered New Netherlands to the English in 1664. As such, it preserves many of the Dutch names then in use. As noted by Stokes,

The map is important because of the inclusion of many names not occurring on other maps, as well as for its large scale inset map of the Hudson River, which is believed to be the first detailed engraved map of that river.

[This map] arguably represents the apogee of Dutch knowledge of the region, many toponyms appearing for the first time. . . . The sources of the map are unknown. Although the region is named both New Netherlands and New York the city itself is unnamed. Nearby are a great number of placenames including some recognizable ones such as Konynen Eyl., Breukelen and further east on Long Island Heemstede, Ooster Bay and Oost Hampton . . . The inset in the top third is the map's main claim to fame. It is the first engraved map devoted to the Hudson River and it, too, introduces many new placenames. On the west side above Manhattan is Taphaan and further upriver is Kats Kil, Middelburgh now Hudson, and 't Greyn Bosch near Albany. Tucked in with it is a smaller inset map of the lower reaches of the Connecticut River called the Versche , or fresh, River.

It is known that editions of the Zee-Fakkel were issued until very late in the 18th Century, with editions issued as late as the Revolutionary War period.