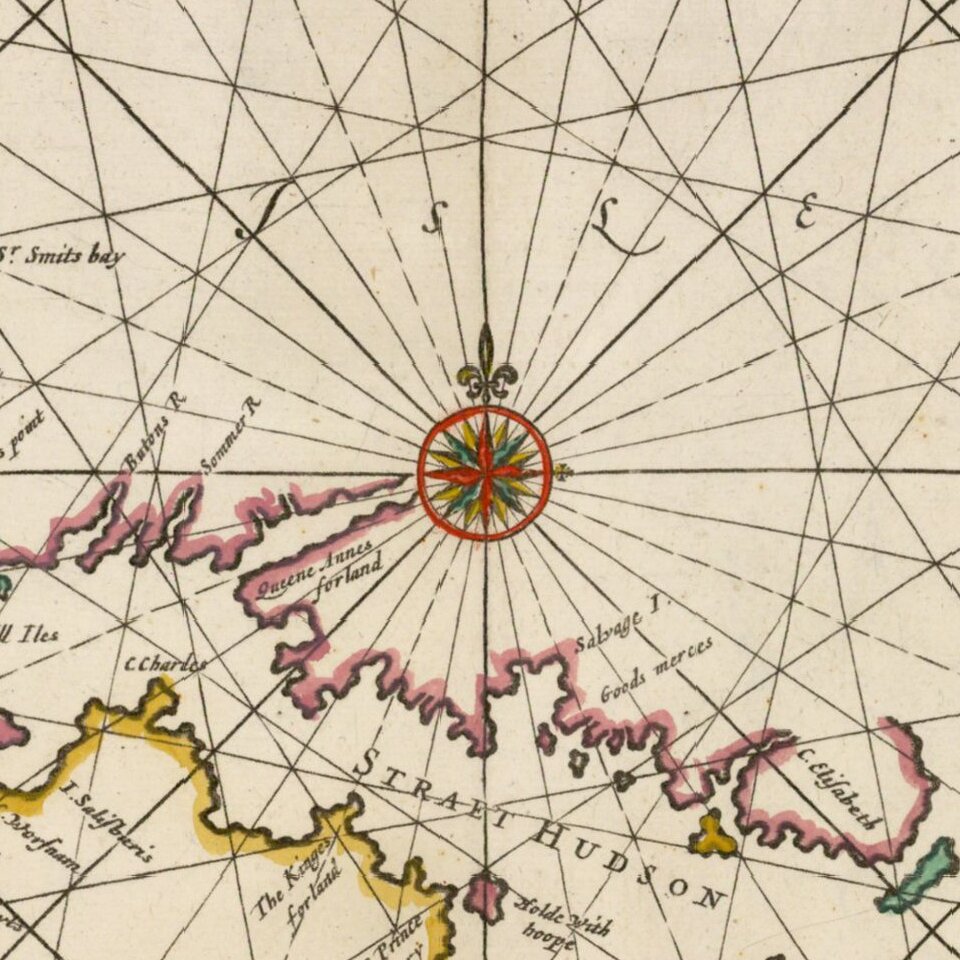 Fine example of Doncker's rare early map of the Northern part of America, including Hudson Bay, Davis Straits, Button Bay and the west coast of Greenland.

Doncker's chart is one of the earliest obtainable charts to show this configuration and much of the information included is recently revised. There is some debate over whether this chart or a previously unrecorded Lootsman chart of circa 1670 was issued first: /gallery/detail/17061

The map is similar to Lootsman's unrecorded map of ca 1670. The map covers the region bounded by Hudson Bay, Baffin Bay, Greenland, and the Northern part of Newfoundland, and includes several notes concerning the explorations of Button, Hudson and Thomas Jacobus. Includes several tentative coastlines and several hopeful passages to the Pacific Ocean. The most notable difference is the correct spelling of Wales in New North Wales and New South Wales, and the addition of an extensive pair of annotations at the bottom left and bottom center of the map, which provide detailed information on several English Voyages of discovery into the region.

The Doncker family was one of the major sea atlas publishers in Amsterdam in the late 1600s and early 1700s, flourishing for about 50 years. The father, Hendrick Doncker began as a bookseller and publisher of sea atlases and textbooks on navigation. Unlike many other publishers, Doncker is known for creating original content and for the accuracy and consistent improvement of his charts. He also collaborated with his contemporaries, Pieter Goos and Anthonie Jacobsz, in the production of a pilot guide , De Zeespiegel. He was succeeded by his son, Hendrick Doncker II, who continued publishing until at least 1714.

The map is very rare on the market. We note only an example, which we sold in 2008, and this example offered in dealer catalogs, in the past 30 years.