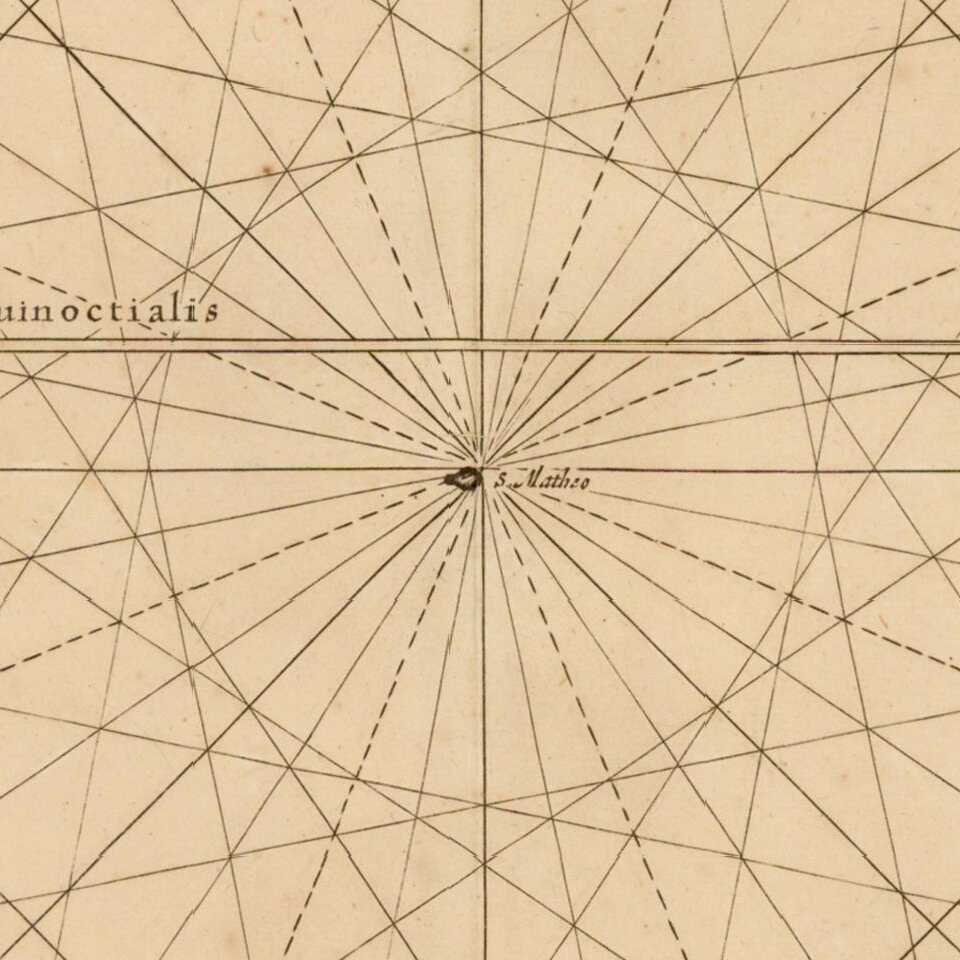 Finely colored example of Doncker's sea chart of West Africa, which appeared in his De Zee-Atlas of Water-Waerelt, published in Amsterdam, circa 1665.

The map extends from the Cape Verde Islands, Dakar and the area just north of the Gambia River in the north, to Mayumba and Gabon in the south, with a small section of Angola in the area of Cabo Negro in southern Angola being shown.

The map includes Rhumb Lines, 2 sailing ships and compass rose. The map also extends west to the islands of St. Helena and Ascencion.