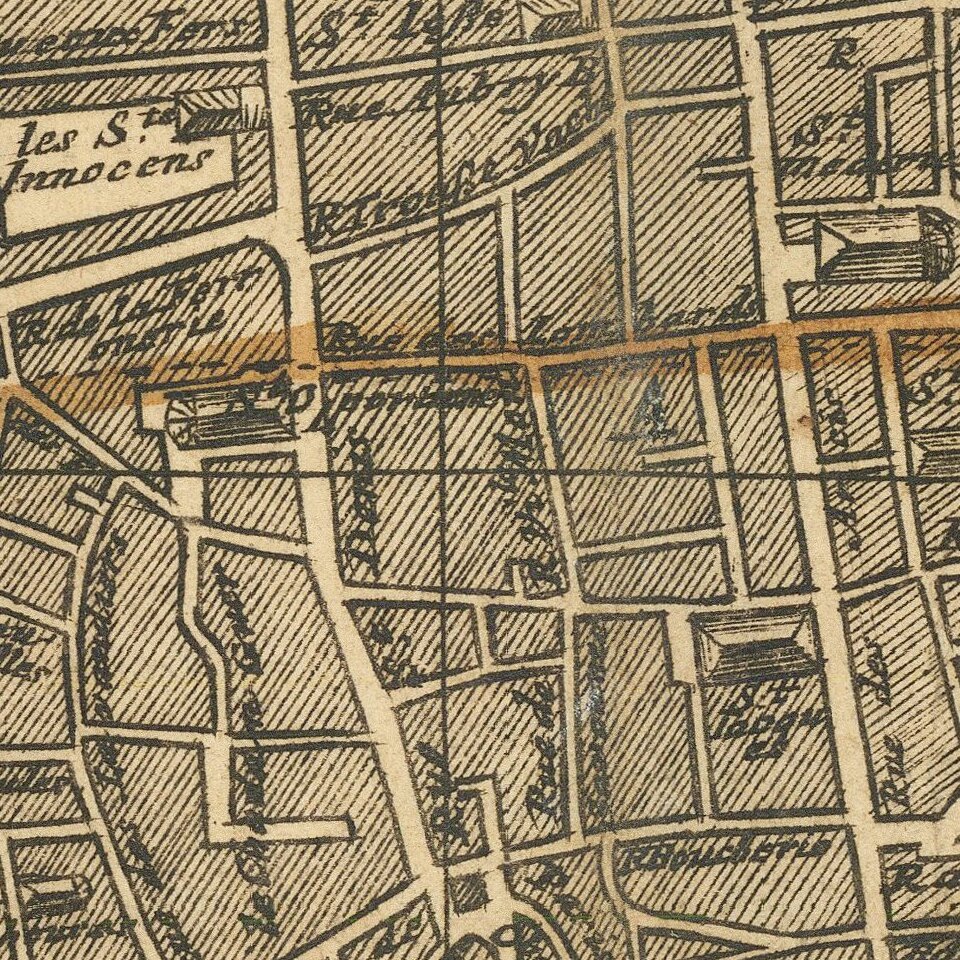 Rochefort's map is of note as the second map to present Paris in a North-South axis, with the Seine being illustrated horizontally.

The plan shows the city's five successive enclosed walls, from that of Clovis to that of Louis the Great, still under construction, and places them for the first time in parallel with the new boulevards of Louis XIV. The improved parts of Paris are shaded with fine and regular lines, which is an innovation, distinguishing these areas from the surrounding farm and other lands on the periphery.

The map is decorated with small cartouches representing the major Parisian monuments:

French cartographer, Jouvin de Rochefort was also treasurer of France from 1675 to 1702. A great traveler, he is the author of a story in which he describes his own journeys which took him through Europe, then to Egypt.

This is the original De Fer map. The map was re-issued by Covens & Mortier in abut 1708, with

De Fer's map is rare on the market, this being the first example we have ever offered for sale. 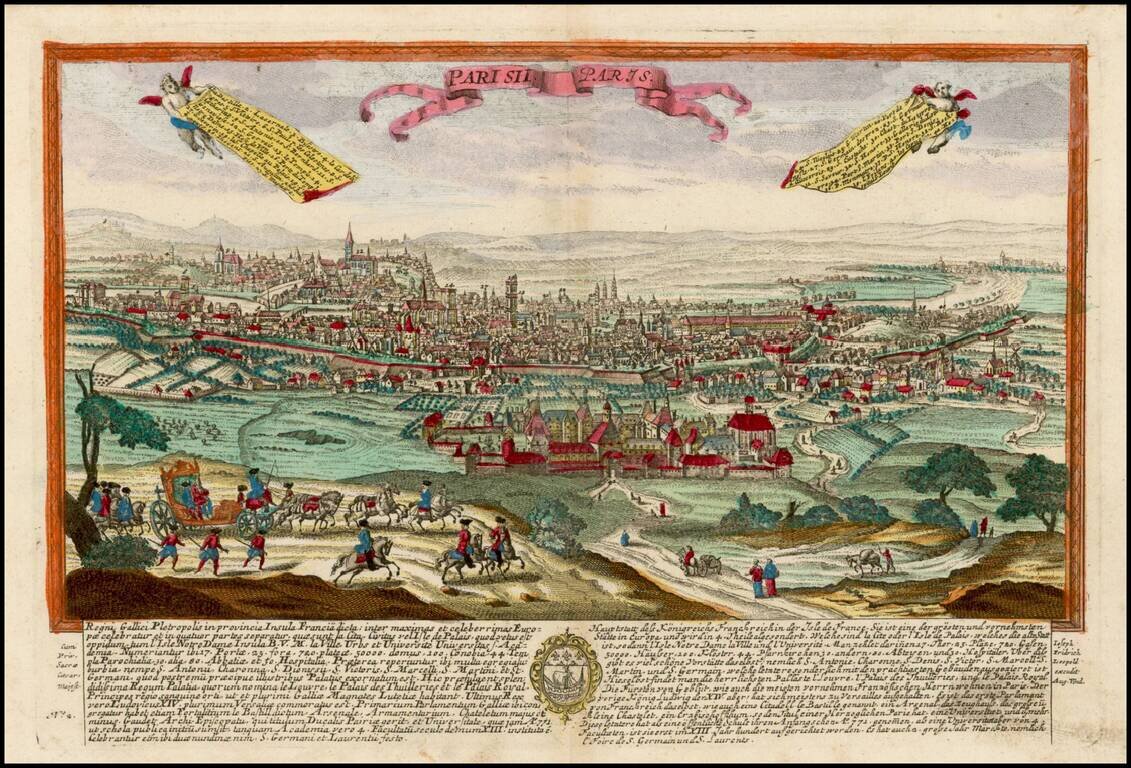