1860. Plan of property of the United States comprising Fort Mifflin mud island and the Old Lazaretto 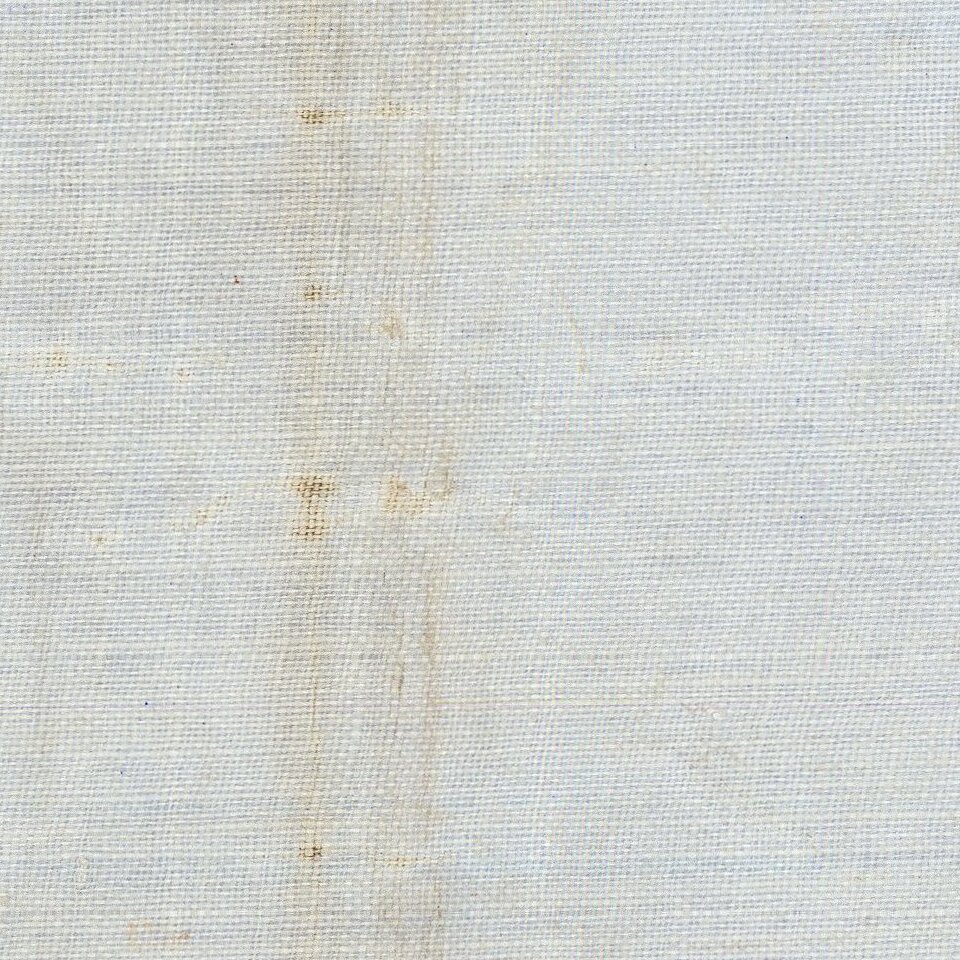 Antique hand-drawn map of the Fort Mifflin area on a mammoth scale. The fort is the only active American military base to predate the Declaration of Independence. This map presents the fort and mud island it occupies on as they stood at the beginning of the Civil War.

Mud Island sits in a controlling position at the outlet of the Schuylkill into the Delaware River, just below Philadelphia. The first fort was built there in 1771-1777 but was all but destroyed by British bombardment in the Fall of 1777. In 1795 the site was renamed Fort Mifflin in 1795, in honor of Thomas Mifflin, the first Governor of Pennsylvania under its post-Independence Constitution. From 1795 to 1801 it was in a near-constant state of reconstruction, the design and work overseen for a time by Pierre L’Enfant, the planner of Washington, D.C.

Through the first half of the 19th century, Fort Mifflin underwent further episodes of construction and near-abandonment, while in the late 1840s the State authorized draining and fill to connect the north bank of Mud Island with the mainland. During the Civil War the Fort housed Union soldiers as well as both civilian prisoners and Confederate POWs. Munitions were stored there during the First World War, and in the Second World War anti-aircraft batteries were sited there to protect the Philadelphia Navy Yard. Today Fort Mifflin is operated by the Army Corps of Engineers, and as such is the only active base predating the Declaration of Independence.

This map is oriented perpendicular to the Delaware River, or facing the Southeast. The plan shows at far right the layout of the much-rebuilt fort in some detail, including the barracks, magazine, and Commandant’s house, all surrounded by the masonry walls, casements and their surrounding moat. Further up the island (to the left) is visible the naval ammunition depot, which remained in service as late as the Second World War, and well beyond that lies the Old Lazaretto and “Pest House”, where victims of infectious disease were once quarantined. Running alongside the Lazaretto is the “Road from Penrose Ferry to Fort Mifflin”. All that remains of the channel that once separated the island from the Pennsylvania mainland are a series of narrow canals, including one labeled “Back Channel of the Delaware”.

The plan was drawn by James Miller, Surveyor of Philadelphia’s Twelfth District. The Philadelphia Streets Department holds Miller surveys from 1856 to 1870, including an example of the plan apparently identical in detail but executed in color on wove paper. 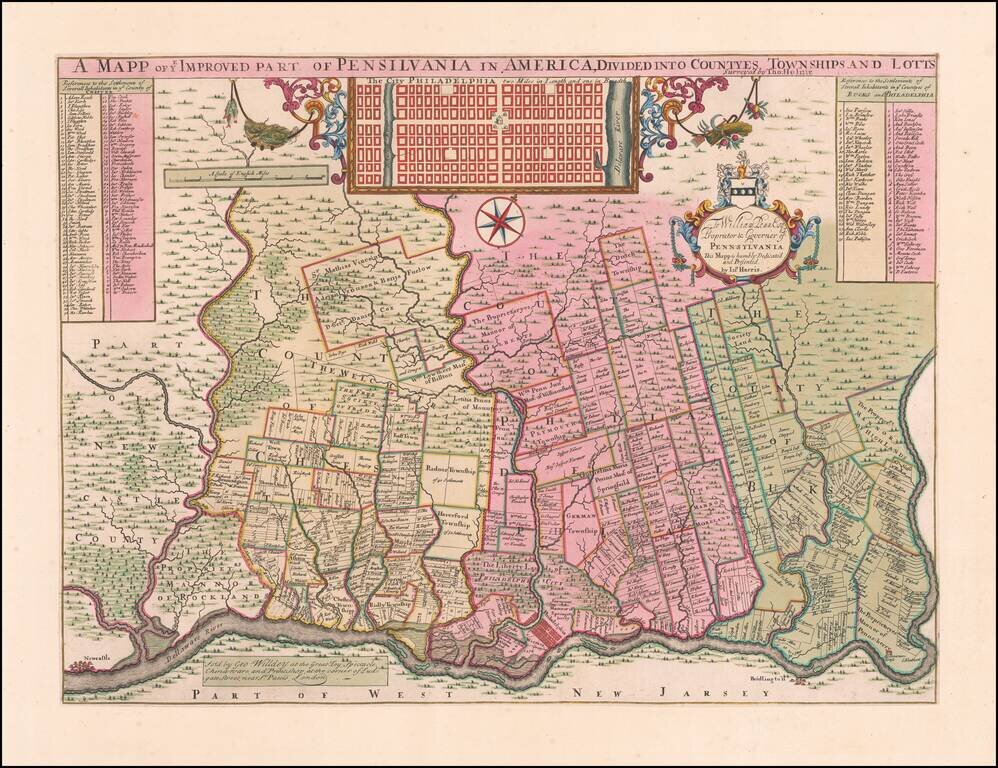 A Mapp of ye Improved Part of Pensilvania in America. Divided into Countyes, Townships and Lotts Surveyed by Tho: Holme . . . . 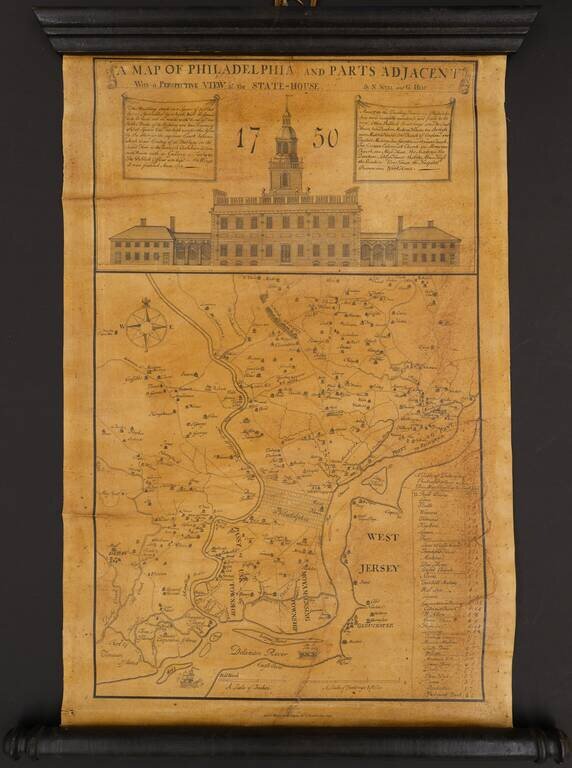