Plan of the City and Environs of Quebec with its Siege and Blockade by The Americans from the 8th of December 1775 to the 13th of May 1776 information: 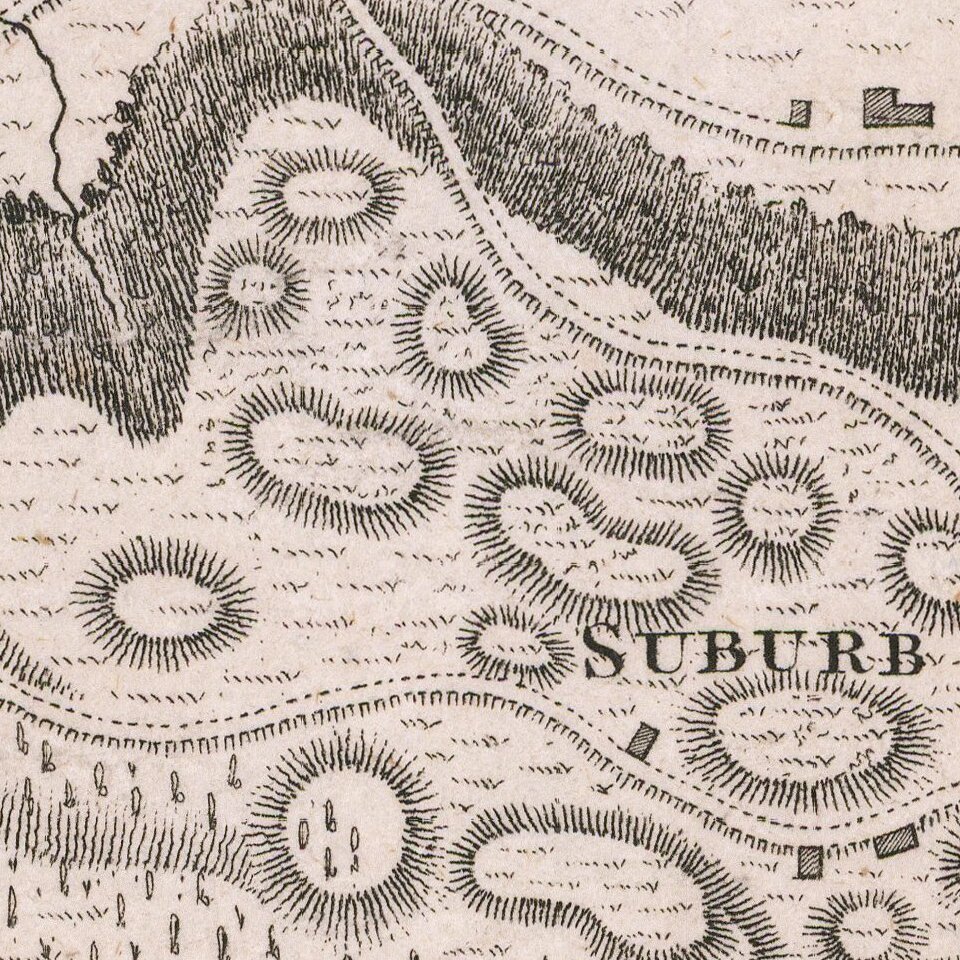 Fine, Detailed, Separately-Issued Plan of the Siege of Quebec (1775-6)

Rare, separately-published plan of the Siege of Quebec, published by William Faden in London. The plan shows a pivotal early moment in the American Revolution and highlights the role played by Benedict Arnold before his later, famous turn as traitor.

The map shows the heavily fortified city of Quebec, at the confluence of the St. Laurence and Charles Rivers. The settlement’s streets are outlined in great detail, as are the surrounding suburbs, windmills, fields, and the Hospital General. The many sandbars that complicate sailing in and around Quebec’s harbor are also shown, as are the cliffs and many hills that make the city difficult to approach.

To the west are the famous Plains of Abraham, here the “Heights of Abraham.” Benedict Arnold’s encampment during the siege in early 1776 is marked in red, but this plateau was also where the British massed before their own Battle of Quebec in 1759. They had only held the city for sixteen years when Arnold and Montgomery approached with their American troops.

A simple block cartouche in the upper right contains the title as well as a legend. The letters A-F denote bastions from which Canadian militia and the few regular British troops watched for an American attack. The Porte du Palais, letter G on the map, is near to the Hotel Dieu, where sailors shot down upon approaching rebel troops on the night of December 31. Other town buildings of note include religious buildings, like the Cathedral and “Nuns of the Congregation” (K), as well as military structures like the barracks and powder magazines.

The Battle and Siege of Quebec and the American Revolution

After the outbreak of hostilities in April 1775, the British were in a bind. Although they were the world’s strongest empire, waging a war an ocean away from your home base was no east task. Additionally, it took time to raise, provision, and transport armies across the Atlantic.

While the British had soldiers in place in the American colonies, mostly in Boston, other British colonial holdings, like Canada, were left sparsely defended. In 1775, there were only 600 soldiers to defend the whole of British Canada, a weakness the Second Continental Congress sought to exploit.

They authorized an invasion of Canada in September 1775. The initial commander, General Philip Schuyler, had to give way to a replacement, General Richard Montgomery, due to an illness. Montgomery was assisted by Colonel Benedict Arnold, the hero of Fort Ticonderoga, the capture of which, in May 1775, had provided the rebels with their first military victory, desperately needed ordinance, a staging ground for the invasion of Canada, and an American hero.

Montgomery’s men advanced on Montreal and took the city easily on November 13. Montgomery then turned his sights on Quebec. Arnold had already arrived on the Plains of Abraham, the site of the famous Battle of Quebec of sixteen years before, which had handed the city to the British and apotheosized General James Wolfe. Indeed, Arnold and his troops used the same place, now called Wolfe’s Cove, to land and scale the cliffs that protected the city.

Arnold did not have sufficient troops to storm the city’s considerable defenses on his own, so he awaited Montgomery’s arrival in a camp up the St. Lawrence River. Montgomery arrived in early December and the Americans moved to set up stations outside the city walls. Arnold’s encampment and battery were in the suburb of St. Roch, while Montgomery’s men set up their guns on the Plains of Abraham (the line marked Dec. 9th on this plan) that shelled the city for the rest of the month.

Montgomery planned to attack at least twice, but was thwarted by escaped prisoners and a deserter, not to mention the brutal cold and wind. On December 31, 1775, he knew he had to move—his soldiers’ enlistments expired at the end of the year and they were suffering from the weather. Under cover of snow, Montgomery’s men approached, sometimes single file, the city walls and Low Town (see letter I), where the port is located. Montgomery’s attack is marked as point L on this map, Arnold’s at point M.

The attack was a failure. Montgomery was killed in the initial assault, and Arnold was injured. Over 400 American soldiers were taken prisoner or killed, one third of the total force. Rather than risk more lives or prisoners, Arnold decided to place the city under siege until he could be reinforced.

Reinforcements did come; Major-General John Thomas joined the Americans in March with thousands more men. Thomas set up more batteries; they are marked as being erected in early April 1776. However, by May 6 the British too were reinforced, with an entire army also on the way. Thomas decided his situation was untenable and retreated toward Montreal.

Faden engraved this plan just three months after the siege ended. The British had kept Canada, but the campaign showed just how resilient and threatening the rebel troops could be, even when far removed from their own home ground. The invasion, though a defeat, was another boon to the career of Benedict Arnold, who was promoted to the rank of brigadier general for his efforts. Five years later, he would commit treason and have to flee to the protection of the British.

The Continental Congress continued to contemplate the invasion of Canada until 1780, but Quebec’s formidable defenses, shown on this plan in such detail, remained too daunting an obstacle to overcome. 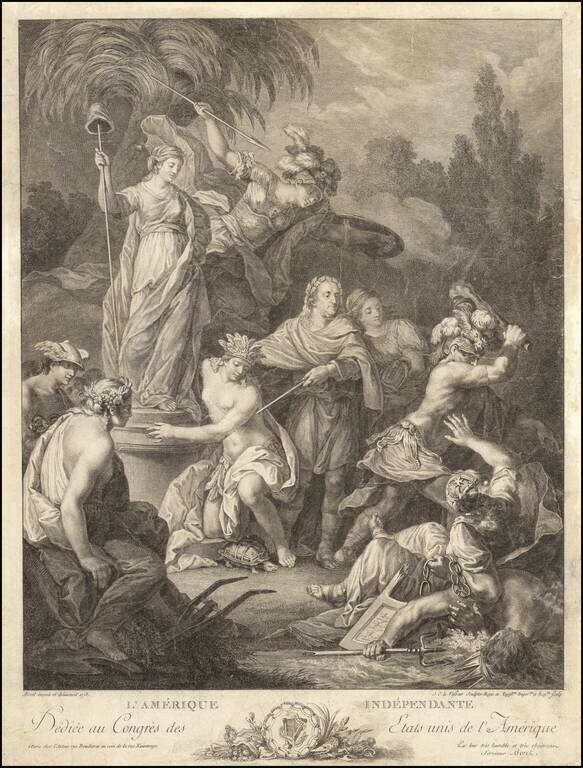 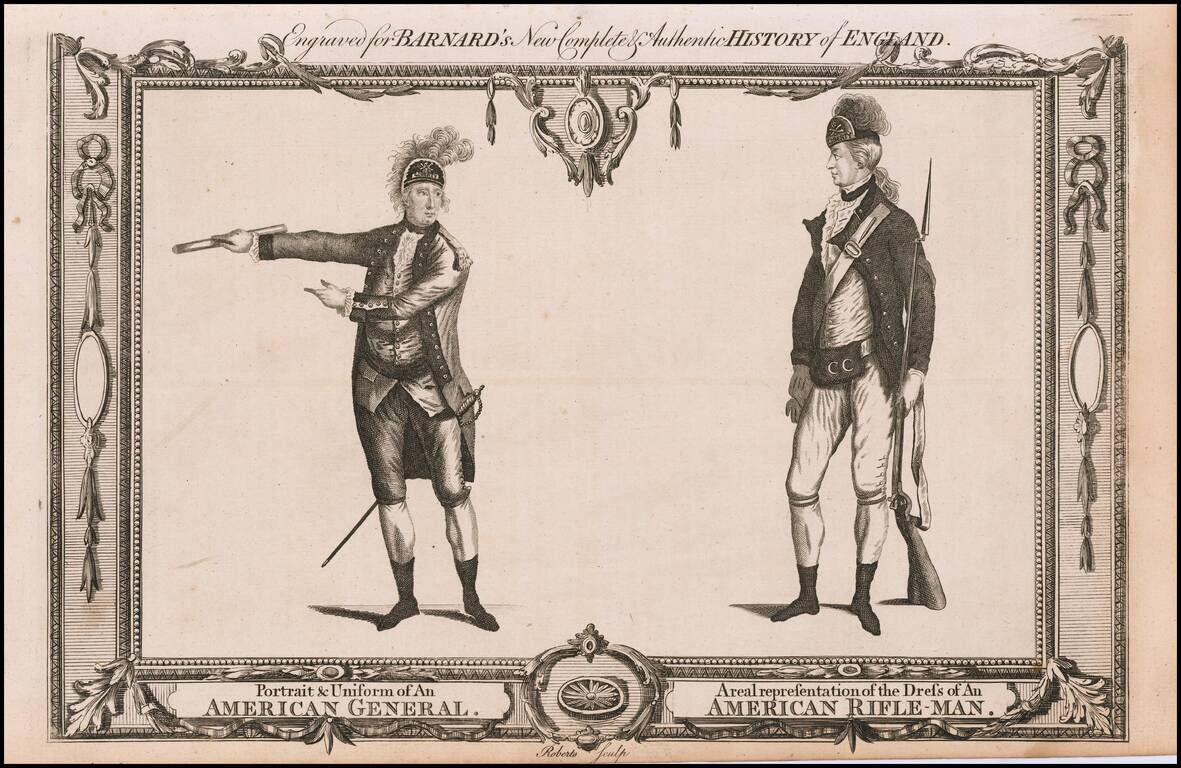 Portrait & Uniform of An American General (and) A real representation of the Dress of an American Rifle-man. 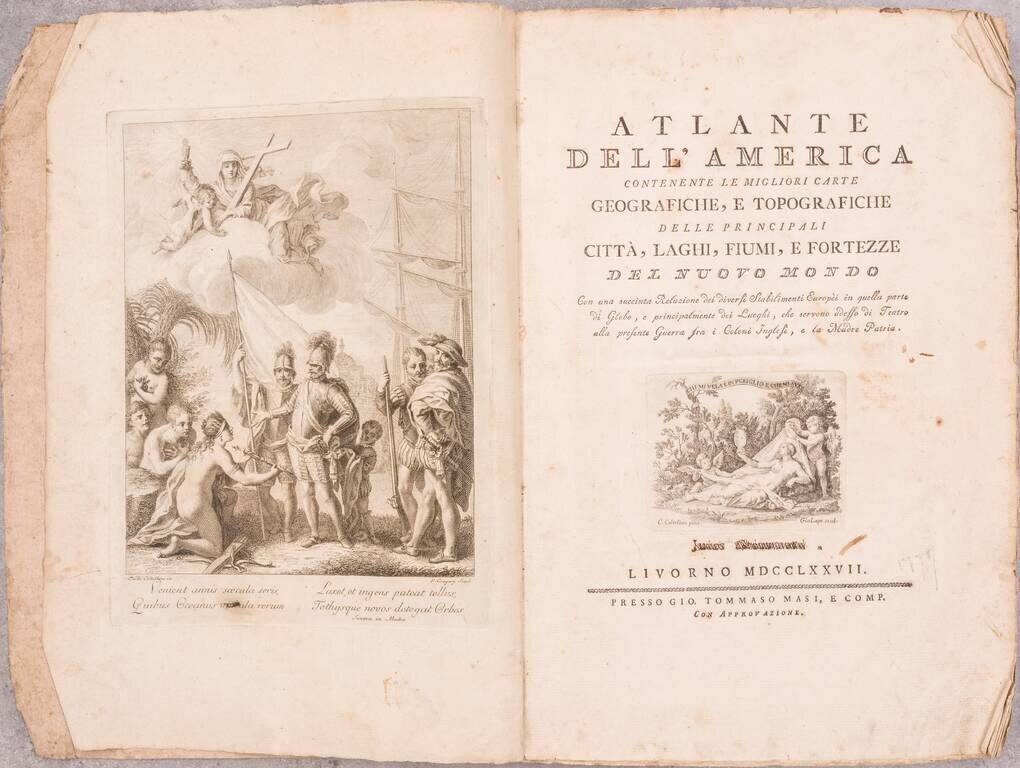