1792. Plan of the City of Washington in the Territory of Columbia. ceded by the States of Virginia and Maryland to the United States of America and by them established as the Seat of Government after the year MDCCC.

Plan of the City of Washington in the Territory of Columbia. ceded by the States of Virginia and Maryland to the United States of America and by them established as the Seat of Government after the year MDCCC. information: 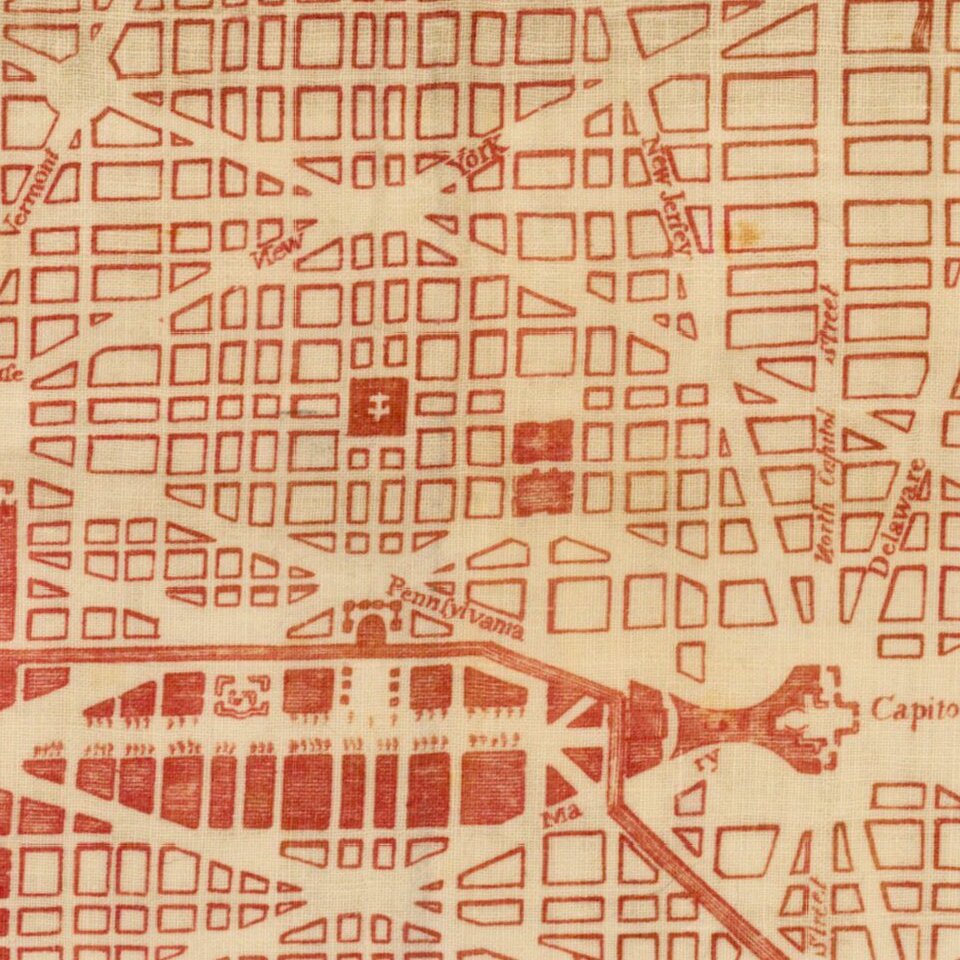 Near flawless example of the souvenir edition Hill's Plan of Washington, printed in red on linen.

The Making of Washington DC

The site of the permanent American capital remained unsettled for years after the United States gained its independence from Great Britain. Prior to 1790 Congress met variously at Philadelphia, Lancaster and York, Pennsylvania; Annapolis and Baltimore, Maryland; Princeton and Trenton, New Jersey; and New York City.

The location of the permanent capital was not confirmed until the Residence Act of 1790, which provided for a district not more than 10 miles square along the Potomac River, "at some place between the mouths of the Eastern Branch and the Connogocheague." Passage of the Act was made possible by the Compromise of 1790, in which southern states agreed to back Alexander Hamilton's plan for federal assumption of state debts in return for the latter's support for locating the capital along the Potomac.

In January 1791, President Washington announced that the capital district would be a diamond-shaped tract, 10 miles per side, roughly centered on the confluence of the Potomac and Eastern Branch (Anacostia) Rivers. Andrew Ellicott was engaged to conduct a topographical survey of the area, while Pierre L'Enfant was hired to develop a plan for the capital city itself. L'Enfant was a French artist and engineer who had served as a volunteer during the Revolution, and was sufficiently well connected that he had been asked to design the seal for the Society of the Cincinnati. He was brilliant but difficult, so much so that George Washington eventually fired him in 1792 and engaged Andrew Ellicott to complete the project. Ellicott, in turn, used L'Enfant's design as the basis for his plan of the city.

Upon completion of his drawings, Ellicott forwarded his manuscript plan to the firms of Thackara & Vallance in Philadelphia and Samuel Hill in Boston. Each firm was engaged to engrave and publish the plan as quickly as possible, in order that it might be distributed to facilitate the sale of land in the new city. Before publishing the large-scale "official" plans, each firm released smaller versions, which appeared as plates in The Universal Asylum And Columbian Magazine (Thackara & Vallance, published March 1792) and the Massachusetts Magazine (Hill, May 1792). The full size engraved versions of the large-scale, "official" plan were not ready until the summer of that year.

This boldly engraved plan preserves L'Enfant's vision of a grand capital on the European model, with broad avenues, large public squares and dramatic sightlines, all designed to make the most of the site's topography and its splendid riverside setting. The intent was to convey the grandeur and permanence of the national government, which at the time was all of three years old, boasted a bureaucracy of perhaps 200 employees, and rested on a Constitution that was feared as much as it was venerated. This vision was ultimately realized, but few would have predicted it at the time. In 1792, the capital site was humid, swampy and fetid and would remain so for years, and its grand buildings rose in the midst of a sea of mud.

Philadelphia engravers James Thackera & John Vallance and Samuel Blodget Jr. were hired to produce engraved versions of the L'Enfant/Ellicott Plan. Blodget arranged for Samuel Hill of Boston to engrave the map for him. Both Hill and Thackera & Vallance produced a large official map of the new Federal City (along with miniature editions, which appeared in magazines). The official version was issued in September 1792, pre-dating the Philadelphia edition by several months.

In 1792, a souvenir edition of the map, printed in red on linen, also appeared on the market. the attribution to I.L. Philips & Brothers is based upon OCLC entries for examples of the map at the Library of Congress and District of Columbia Public Library. OCLC lists a total of 3 examples, the other being at the NY Public Library.

Andrew Ellicott (1754-1820) was an astronomer and surveyor. Prior to the Revolutionary War, Ellicott taught mathematics in Baltimore. A skilled surveyor, he conducted surveys of the Territory of Washington and the Mason-Dixon line. He also made the first topographical study of the Niagara River ad Falls. Ellicott was a member of the American Philosophical Society. He tutored Meriwether Lewis in astronomy before Lewis set out with Clark for their famous expedition. In 1813, Ellicott accepted a post as a professor of mathematics at West Point Academy. He died there in 1820. 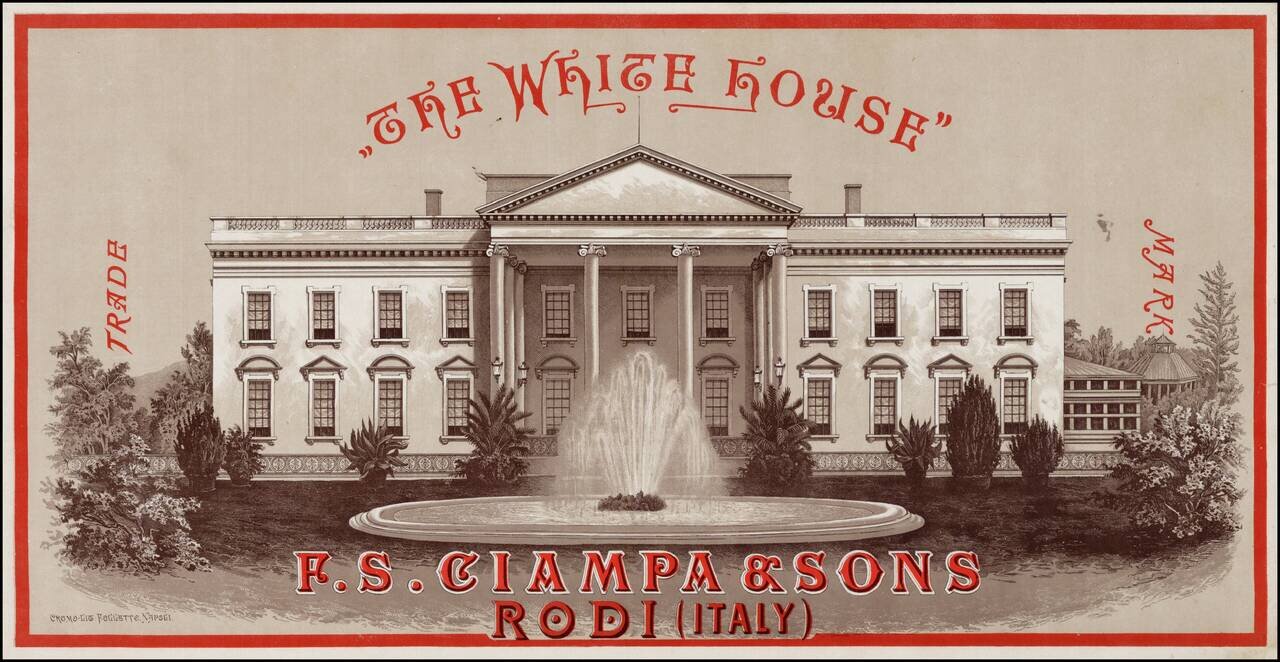 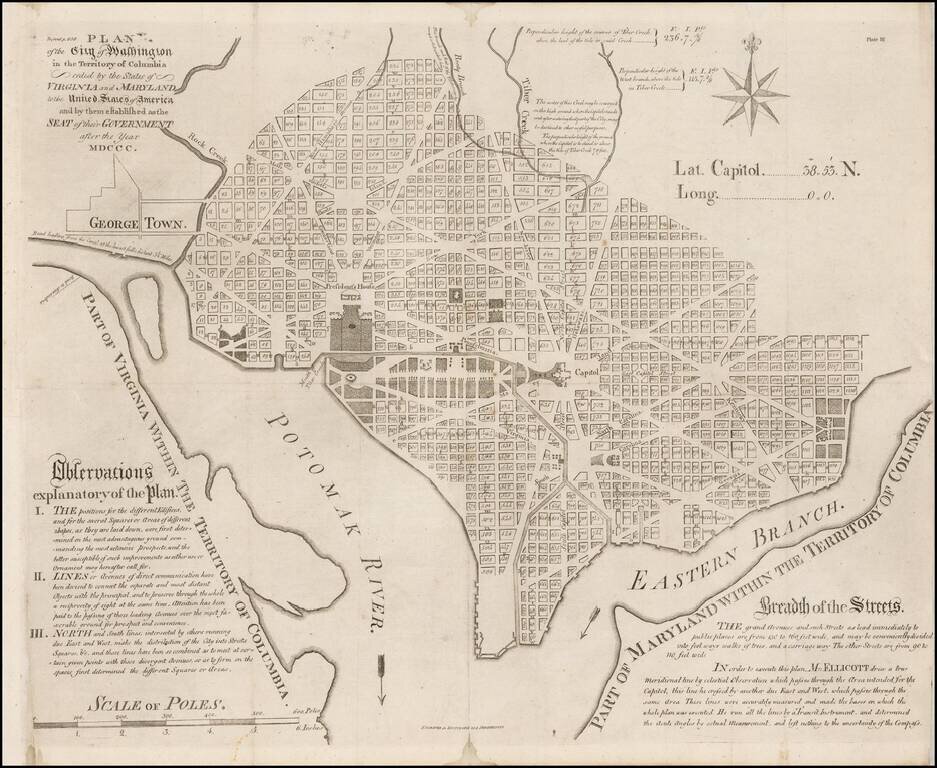 Plan of the City of Washington in the Territory of Columbia, Ceded by the States of Virginia and Maryland to the United States of America, and by them Established as the Seat of their Government, after the Year MDCCC. 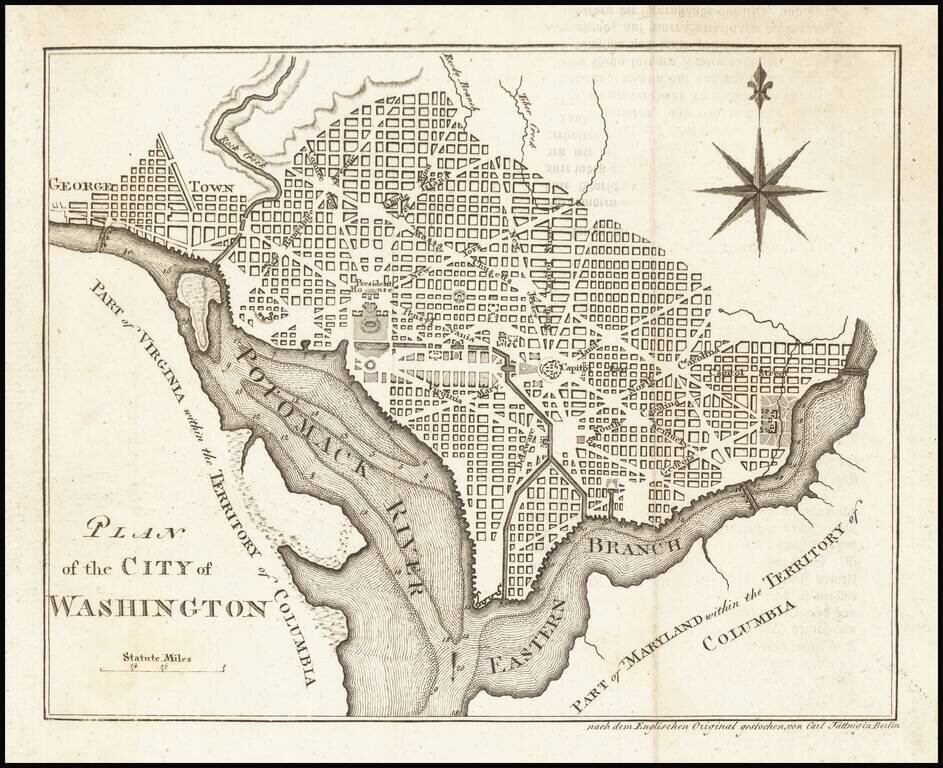 Plan of the City of Washington