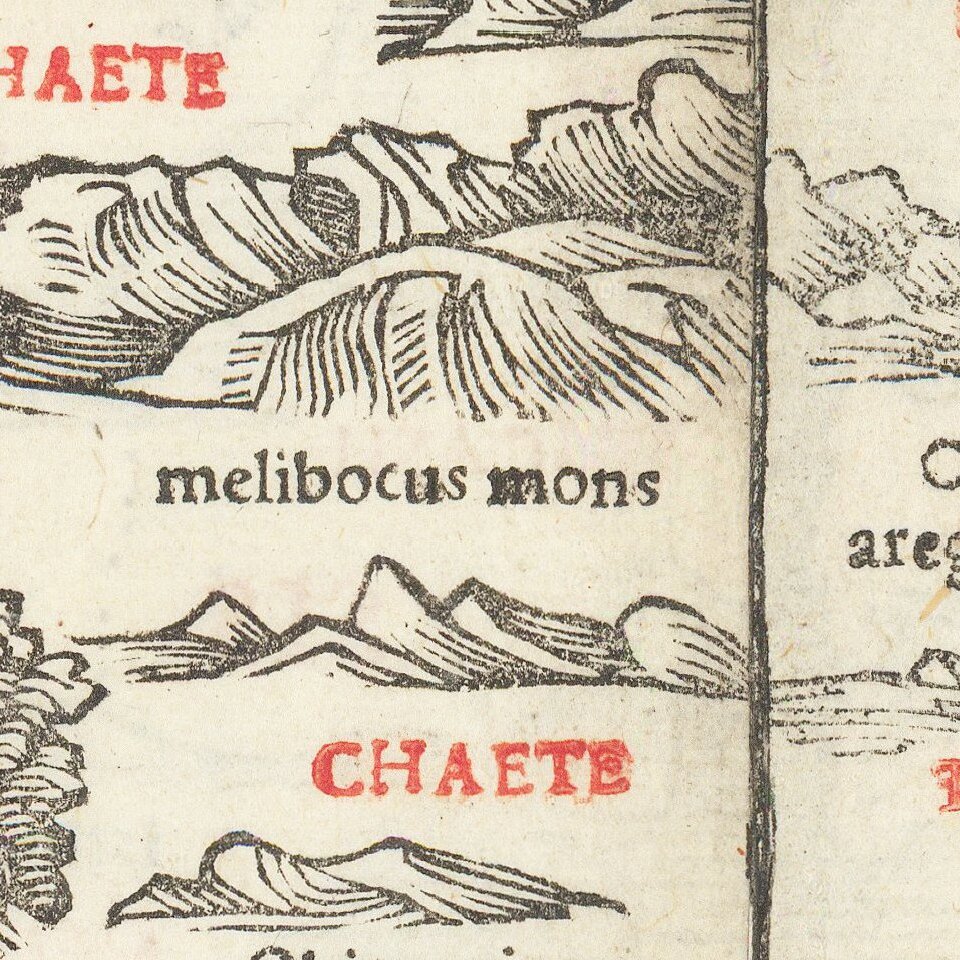 The map is an important early map for its treatment of the Baltic Sea and the western part of Poland. It is also one of the earliest maps to show any part of Scandinavia. In the north, we see the Jutland peninsula and several islands marked simply "Scandia insula," though Sweden is just out of the picture.

Detail in Germany, Poland, Denmark, and the Low Countries is impressive. Many cities are shown according to their Latin names. More easily recognizable are the names of the historical regions, with lands belonging to Saxony, Frisia, the Teutonic Order, and those originally belonging to the Lombards all identifiable.

Sylvanus's cartographic style is perfect for this scale of mapping. While Shirley laments Sylvanius's extensive depiction of topography and hydrology in his world map, leaving little space for names, that is not an issue. In the present map, the interplay between towns, regions, hills, and forests is well-executed and attractive to the viewer. This is further reinforced by the two-color printing, one of the earliest such examples. This was not the only way in which Sylvanus was at the forefront of his field. While Venice would not become a center of map publishing until much later in the 16th century, Sylvanus started his trade there decades earlier. Shirley calls this "an isolated example of Venetian cartographic enterprise."

This map rarely appears on the market.

Bernardus Sylvanus (Bernardo Silvano) was born around 1465 in Eboli, a small agricultural town near Salerno in southern Italy. He began studying Ptolemy around 1490, when he was living in Naples. At this time he ran a print shop or studio, producing maps and codices. It was here that he produced his first edition of Ptolemy’s Geographia in 1490, which he dedicated to Andrea Matteo Acquaviva, the third Duke of Atri. For this edition Sylvanus used coordinates and text from Jacopo d’Angelo’s translation, and copied the maps from a Roman printed edition of either 1478 or 1490 (both printed from the same plates). Sylvanus’ 1511 Venice edition of the Geographia built on his prior work, but was groundbreaking in several regards. It was the only edition to add modern updates directly into Ptolemy’s maps, the only edition at the time to print maps on both sides of the leaf, the first edition printed in two colors, and the first Italian edition to use woodblocks. Nothing is known of Sylvanus’ life after the publication of this edition.