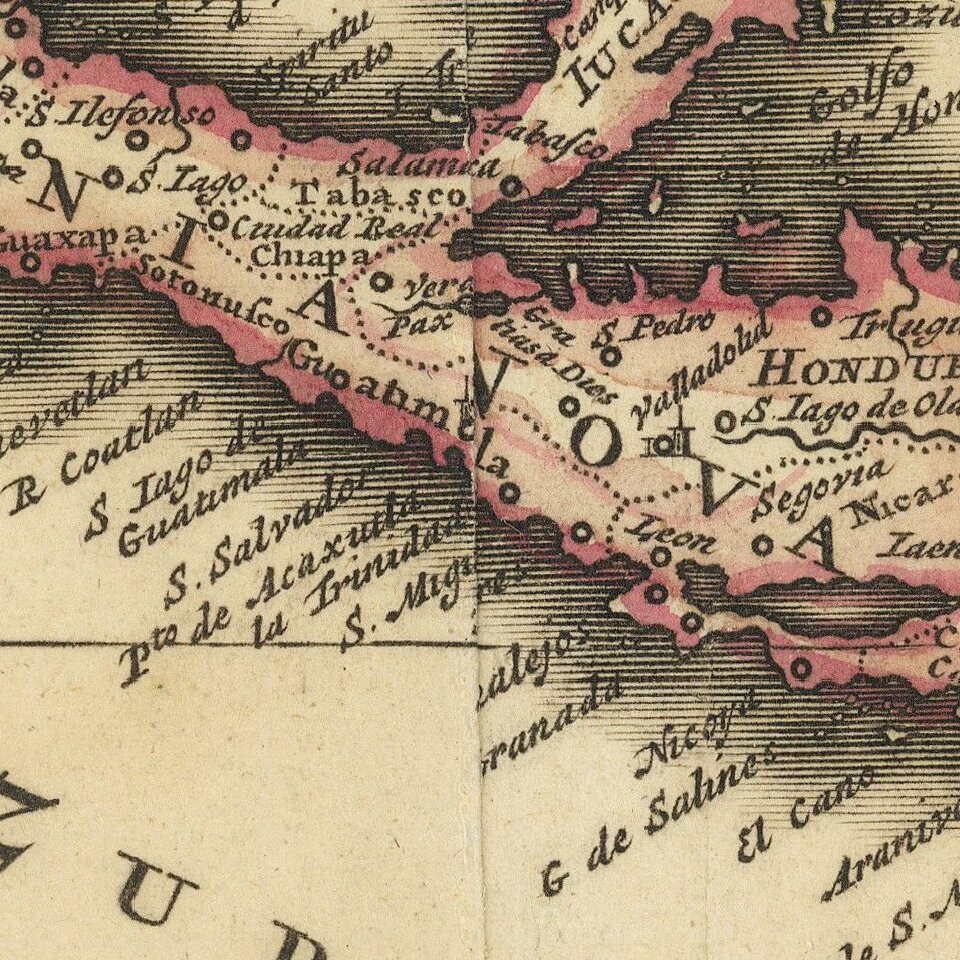 Nice old color example of Allard's rare map of America, with a small inset of New Zealand, California as an island, and an unusual land bridge connecting the Northwest Coast of America with Japan.

The treatment of the Strait of Anian is very unusual, with only the narrowest passage toward the otherwise undelineated northwest passage and an equally limited number of places in Button's Bay and Baffins Bay allowing for a transit from the Atlantic to the Pacific by water.

Another curious feature of the map is the "R. Massourite," a bold early depiction of the Missouri River. While its course is well south of the true course of the Missouri, the map would seem to be the first to both show and name the river in a form of its current name. The depiction of the course of the river derives from Chrestien Le Clerc's 1691 Carte de la Nouvelle France . . . , which does not name the river. The name Massourite would seem to derive from the Massourite Village and a short Osage River appear on the Nolin and Coronelli maps from the prior decade, which is generally shown below the confluence of the Missouri and the Mississippi Rivers. The river is called the Pekitanoni River on De L'Isle's map of 1700 of North America and it would appear that it was not until De L'Isle's 1703 Carte Du Mexique et de la Floride that the name "Missouris" is attached to the river.

Allard's map includes one of the boldest depictions of the myth of Terra Esonis, a land bridge extending from Japan to the Straits of Anian. California is shown as an Island, based upon Sanson's second projection. The open ended Great Lakes (based upon Sanson) and primitive early treatment of the Mississippi River are also noteworthy, as is the early Rio Colorado, extending to a lake in Apaches and Navajo regions of the Southwest, and mistakenly referencing Taos and Xila, indicating a confusion with the Rio Grande regarding the Taos reference. The interior of South America includes tribal vignettes in Brazil and a misprojected, overly wide projection of the continent.

Terrae Esonis, which connects the Straits of Anian to Japan, includes over a dozen place names, one the boldest renditions of this myth. 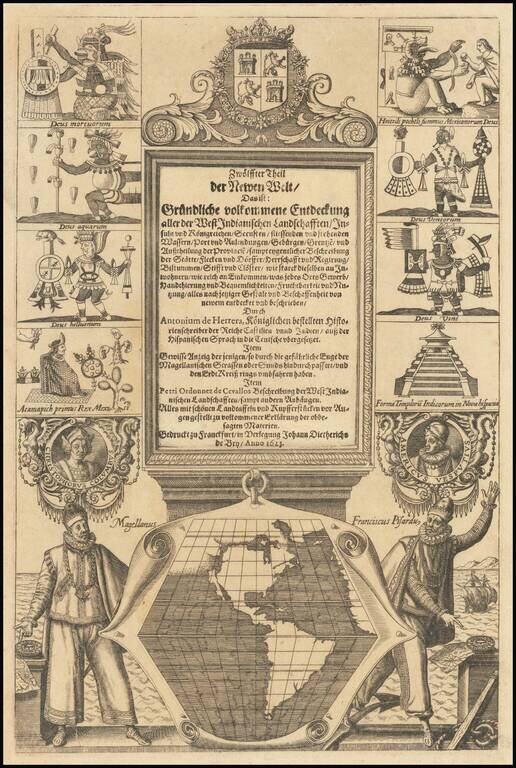 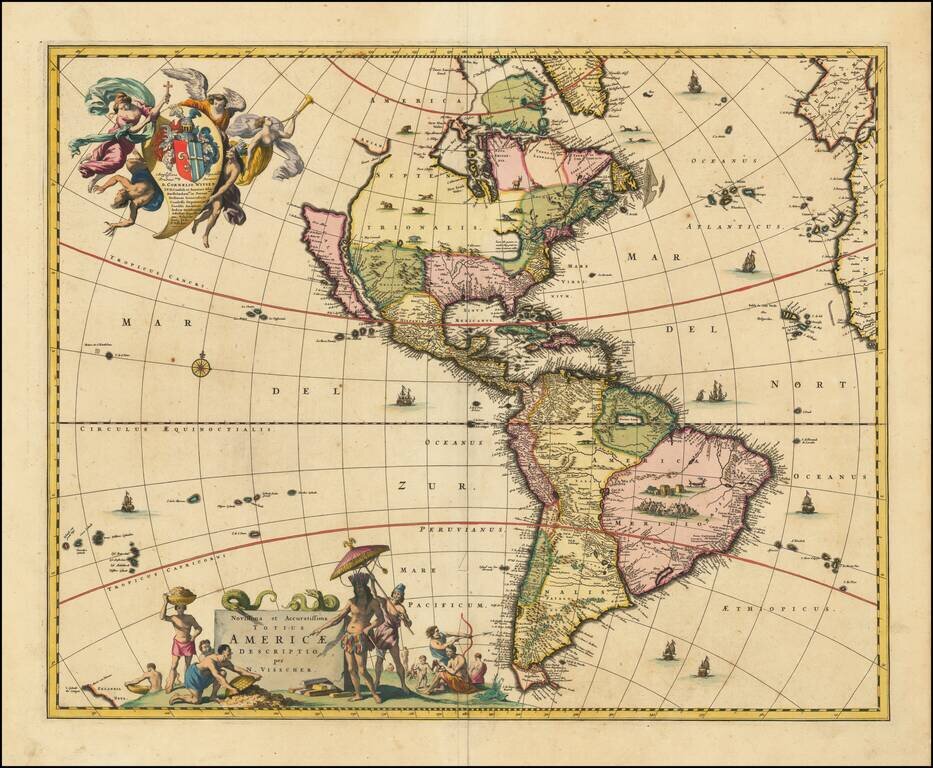 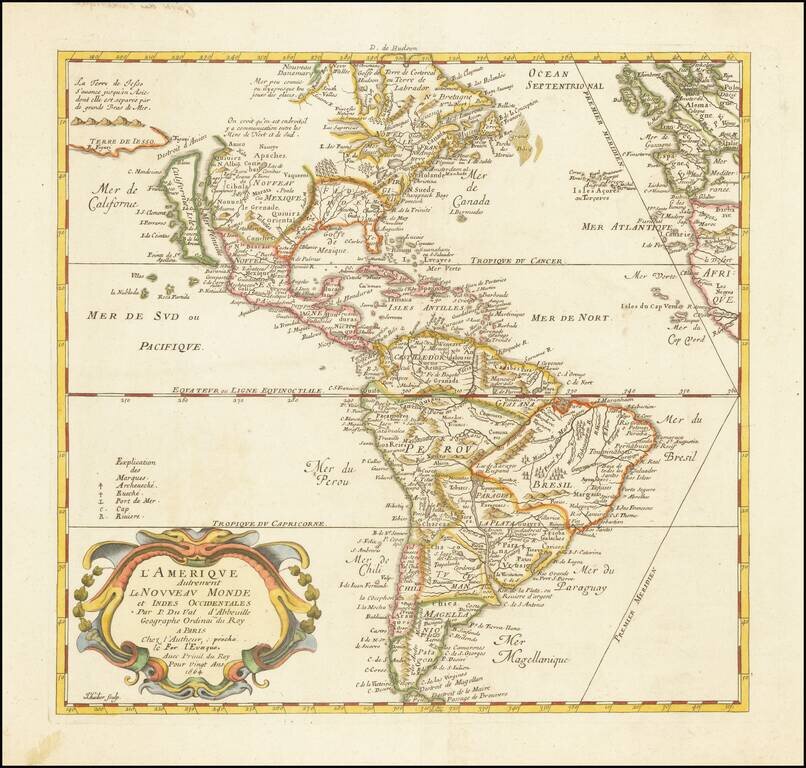