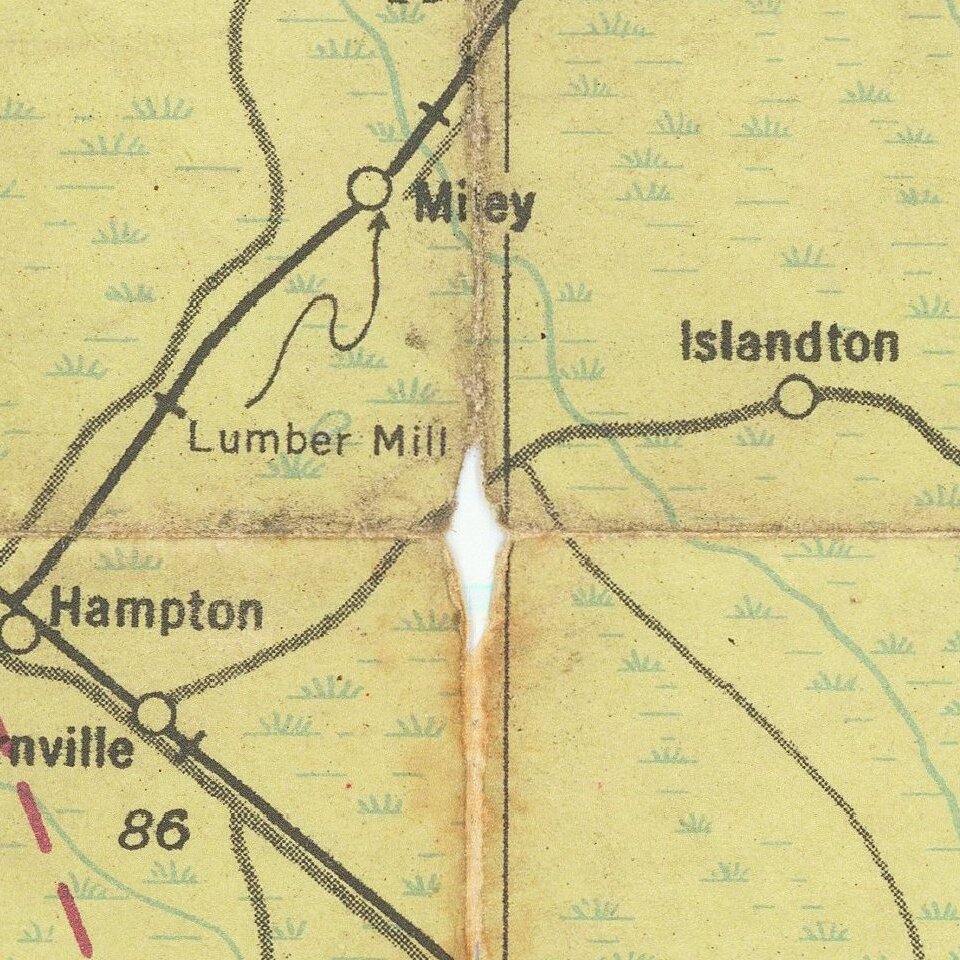 The present example bears the stamp of the Greenville Army Air Base, Office of Base Operations Officer, Greenville, SC. (Later Donaldson Air Force Base).

The chart is a font of information about civil and military aviation during WWII. It was intended for civil aviators flying by visual navigation and so includes data that would be useful for this purpose.

Topographical information consists of relief and a judicious selection of visual checkpoints used for navigation under visual flight rules. The checkpoints include populated places, roads, and distinct landmarks. The aeronautical information includes visual and radio aids to navigation, airports (aerodromes, both for landplanes and seaplanes), controlled airspace, restricted areas, and obstructions.

Sectional Aeronautical Charts were updated somewhat frequently at this time and are now produced by the FAA.

The military information is probably the most interesting aspect of the chart. 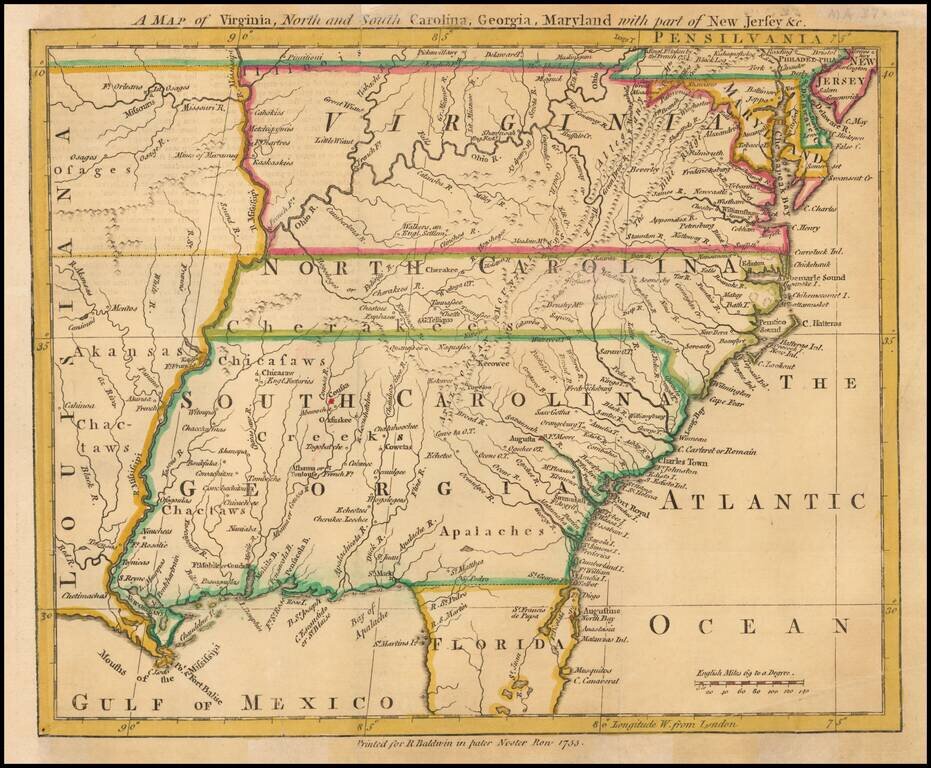 A Map of Virginia, North and South Carolina, Georgia, Maryland with part of New Jersey, &c. 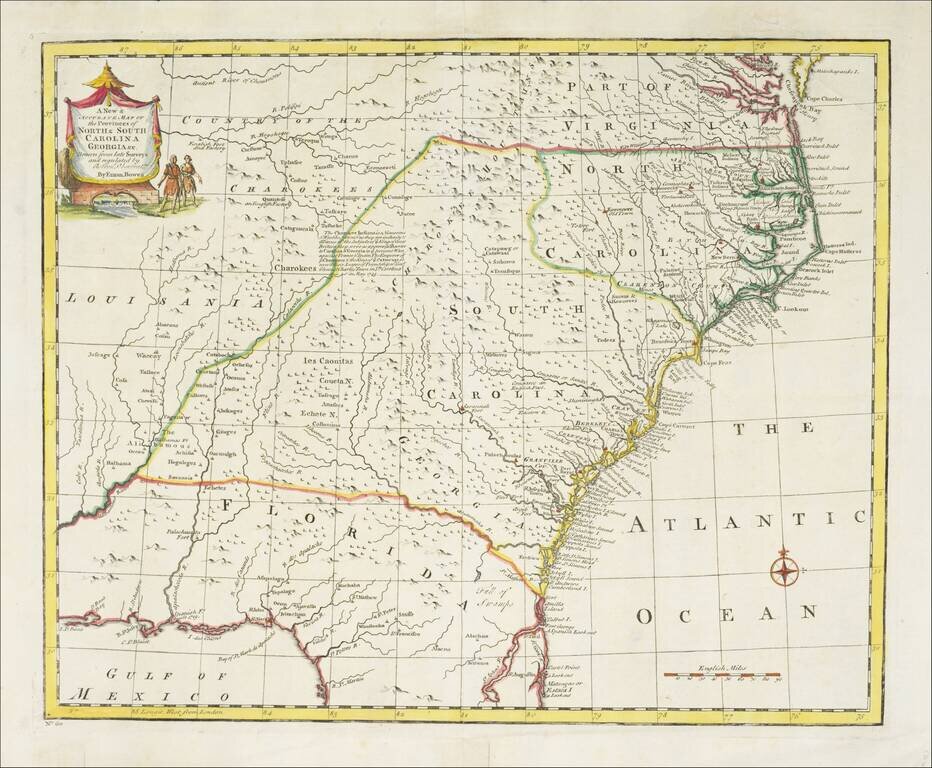 A New & Accurate Map of The Provinces of North & South Carolina, Georgia, &c. Drawn from the lastest Surveys and regulated by Astronomical Observations 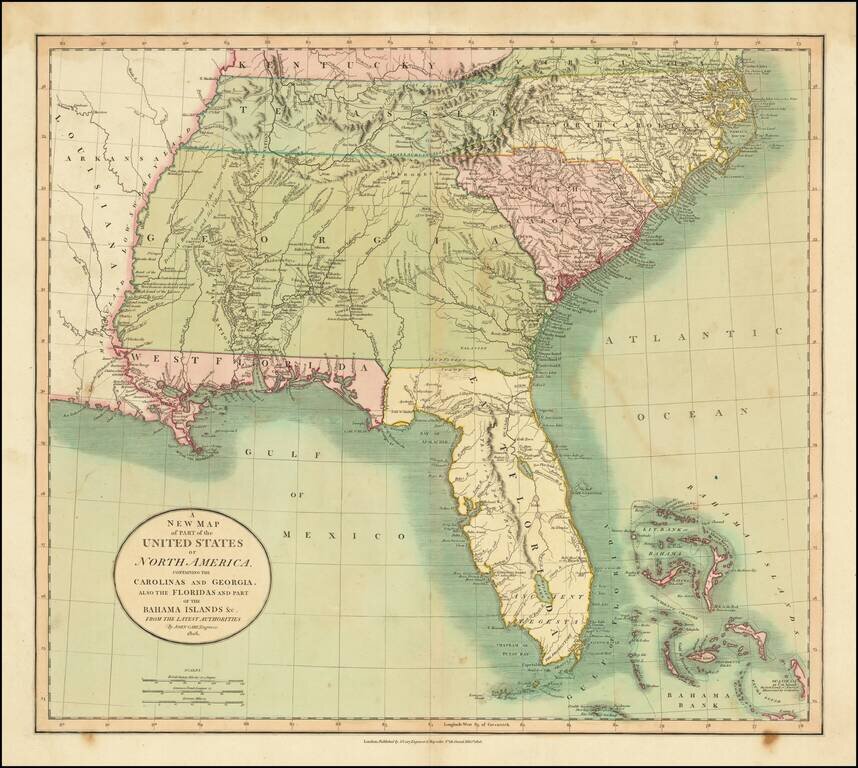 A New Map of Part of the United States of North America Containing The Carolinas And Georgia. Also The Floridas And Part Of The Bahama Islands &c. . . . 1806