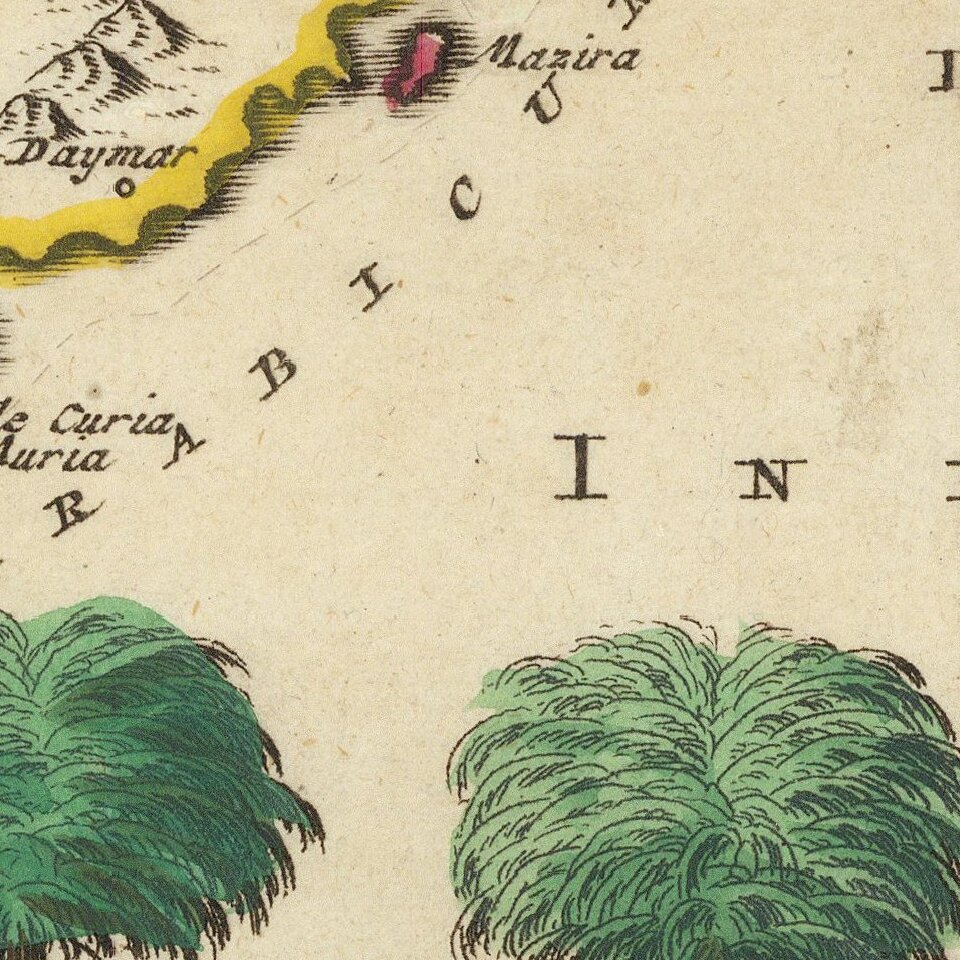 Fine image of the Arabian Peninsula and much of India, illustrating the third and final voyage of Vasco Da Gama, which result in his death and the ascendancy of Henrique de Menezes as Governor of India.

Vasco da Gama was a Portuguese explorer and the first European to reach India by sea. His initial voyage to India (1497–1499) is widely considered a milestone in world history. Da Gama's discovery of the sea route to India opened the way for an age of global imperialism and enabled the Portuguese to establish a long-lasting colonial empire in Asia. .

After the death of King Manuel I in late 1521, his son and successor, King John III of Portugal set about reviewing the Portuguese government overseas. Vasco da Gama re-emerged as an important adviser to the new king's appointments and strategy. Seeing the new Spanish threat to the Maluku Islands as the priority, Vasco da Gama advised against the obsession with Arabia followed by his predecessors

Setting out in April 1524, he arrived in India in September. Vasco da Gama immediately invoked his powers to impose a new order in Portuguese India, replacing all the old officials with his own appointments. But Gama contracted malaria not long after arriving, and died in the city of Cochin on Christmas Eve in 1524, three months after his arrival. As per royal instructions, da Gama was succeeded as governor of India by one the captains who had come with him, Henrique de Menezes (no relation to Duarte). Da Gama's sons Estêvão and Paulo immediately lost their posts and joined the returning fleet of early 1525.