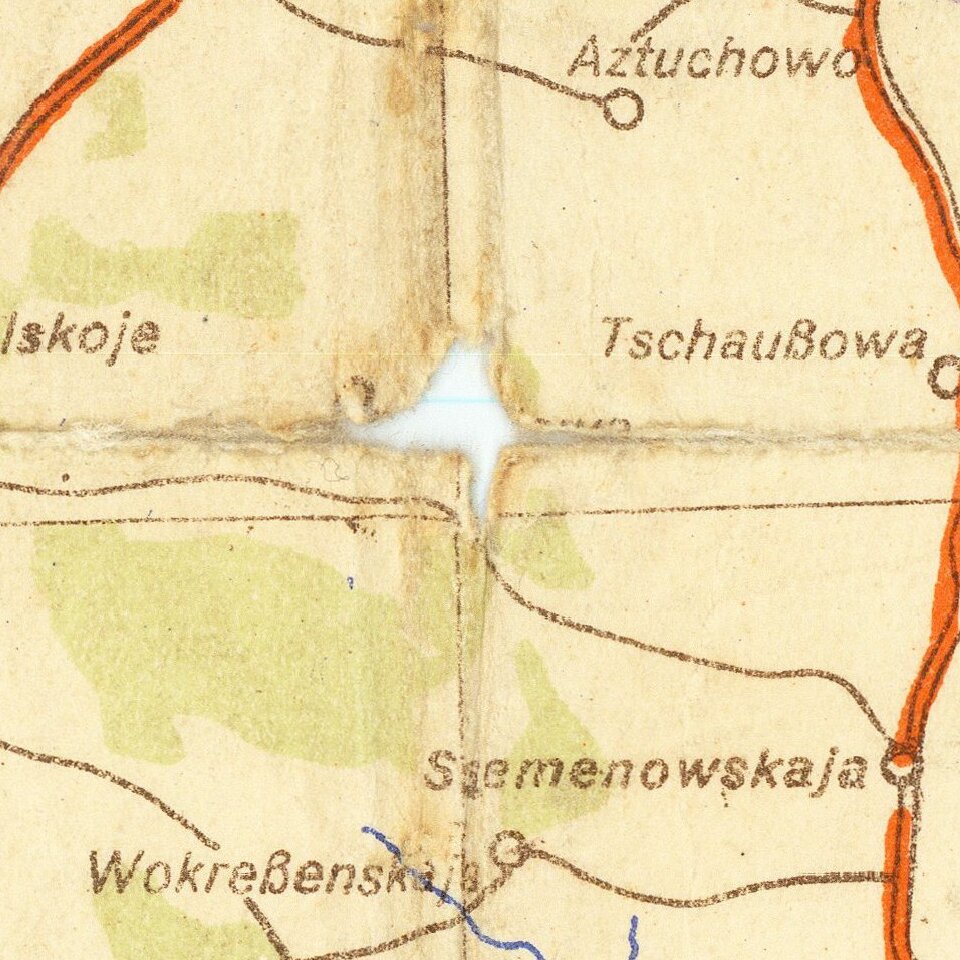 The Scene of the Wehrmacht Defeat Outside Moscow.

Rare German plan of military positions and strategic landmarks between Kaluga and Moscow, published on the 8th of October, 1941, during the Battle of Moscow.

The map shows the front as it existed in early October 1941, with positions noted between Kaluga and Mozhaysk, less than 100 miles from Moscow.

Kaluga and Tula (shown on the map) were major objectives of the German October 13-15 southward offensive toward Moscow. Kaluga was captured quickly, however, progress toward Tula was slow and the eventual assault on the city repulsed by Soviet 50th Army and civilian volunteers.

Tula would remain a holdout during the duration of the battle, eventually being fully secured by the Red Army in mid-December.

The Soviet offensive succeeded in removing the immediate threat posed by the Wehrmacht, however, it failed to reduce the Rzhev salient and Moscow was not fully secure from future German attacks.

The Battle of Moscow

The Battle of Moscow was a military campaign that consisted of two periods of strategically significant fighting on a 600 km (370 mi) sector of the Eastern Front during World War II. It took place between October 1941 and January 1942. The Soviet defensive effort frustrated Hitler's attack on Moscow, the capital and largest city of the Soviet Union. Moscow was one of the primary military and political objectives for Axis forces in their invasion of the Soviet Union.