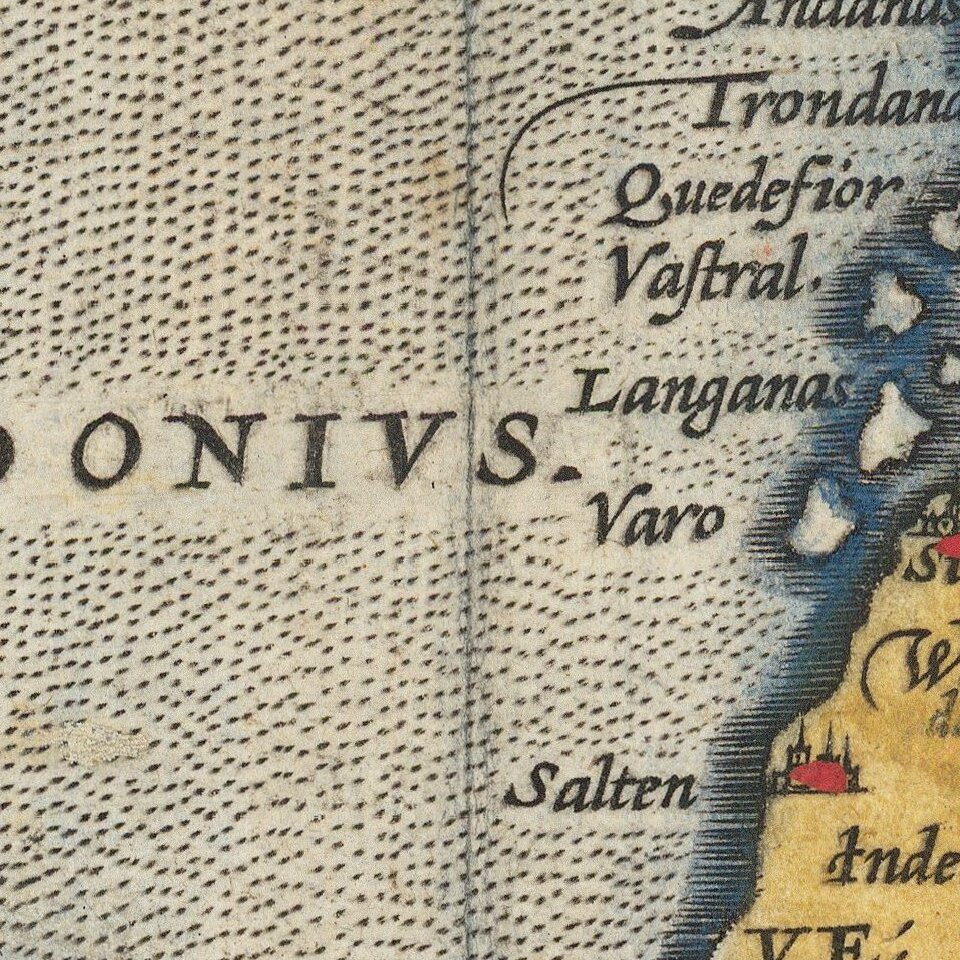 Ortelius' Map of the North Atlantic

Engraved by Frans Hogenberg, Ortelius' map of the North Atlantic is one of the most interesting maps to appear in an atlas. The map was influential in its treatment of the Arctic regions. The mainland of America is depicted in the north-west with the placename Estotilant. The map includes a number of mythical islands, including Frisland, Drogeo and Icaria. The map shows the influence of Mercator's wall map of 1569 and the infamous Zeno map of 1558, as well as the work of Olaus Magnus in 1539. Excellent early outline of the Scandinavian coast, bordering the Mare Congelatum, the frozen waters of the Arctic.

On the verso a note on the nature of the cliffs is given. Includes sea monsters and sailing ships.