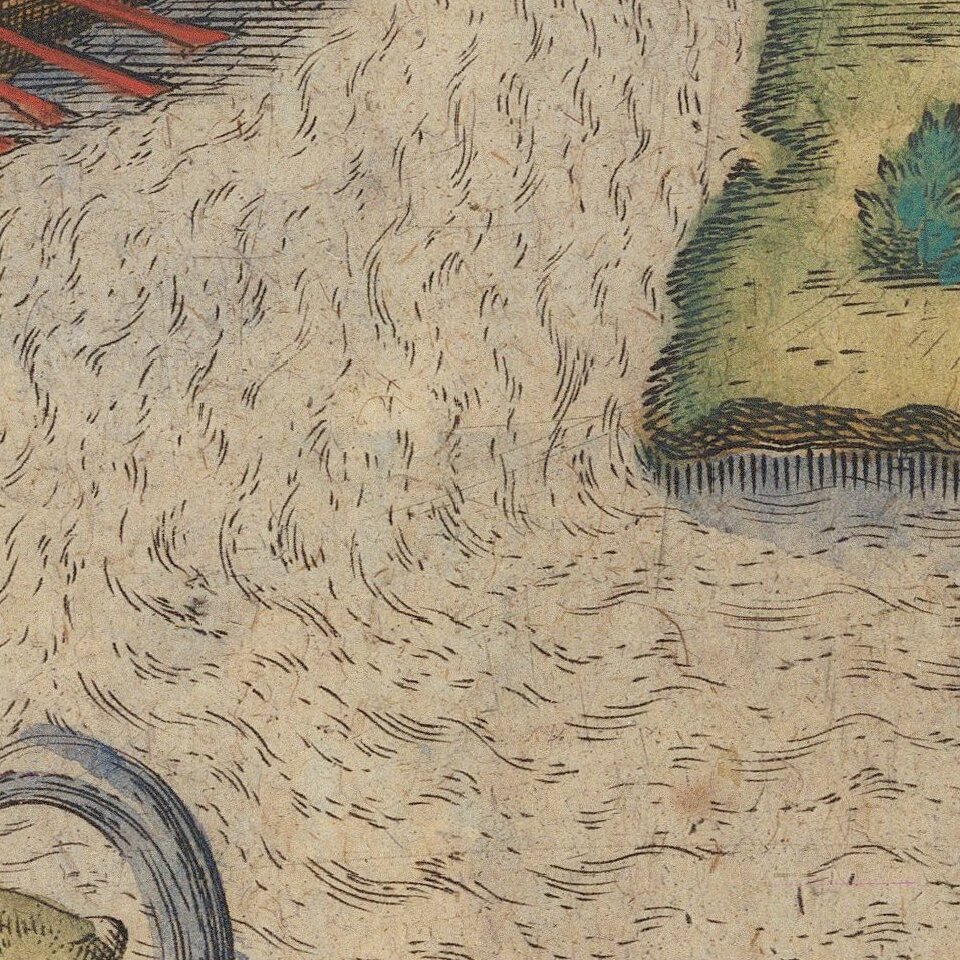 The images show the French explorations along the Florida-Georgia Coastline, which were first published in 1591, by Theodore de Bry. Taken from the publication of the reports of Jean Ribault (1562) and Rene Goulaine de Laudonniere (1564) expeditions, entitled Brevis narratio eorum quae in Florida Americœ provincia Gallis acciderunt . . .

On the first French voyage to the region which would be described as French Florida, the crew, led by Captain Jean Ribaut, landed at a promontory which later become Fort Augustine. Following the coast north from there, Ribault's expedition discovered a broad river, which they called May. After exploring the region, they proceeded further and sailed farther up the coast until they reached another river which Captain Ribaut deemed worthy of exploration. He called this river the Seine. After a brief investigation, the expedition continued a short distance north, before encountering another large river. This river was explored in two small boats.

Ribault named this river the Somme or Axona, which is about six miles from the Seine. The river marked on the engraving 'F. Axona, Iricana' is evidently the Somme, but has the suffix Iracana, after the Indians on this river. Today, it is known as St. Andrews Sound, Georgia, at the mouth of the Saltilla River and Jekyll Island. The fish-pens, shown in the river estuary, are 'reed enclosures made in the form of a labyrinth' by the Indians, and from which the fish found it almost impossible to escape.