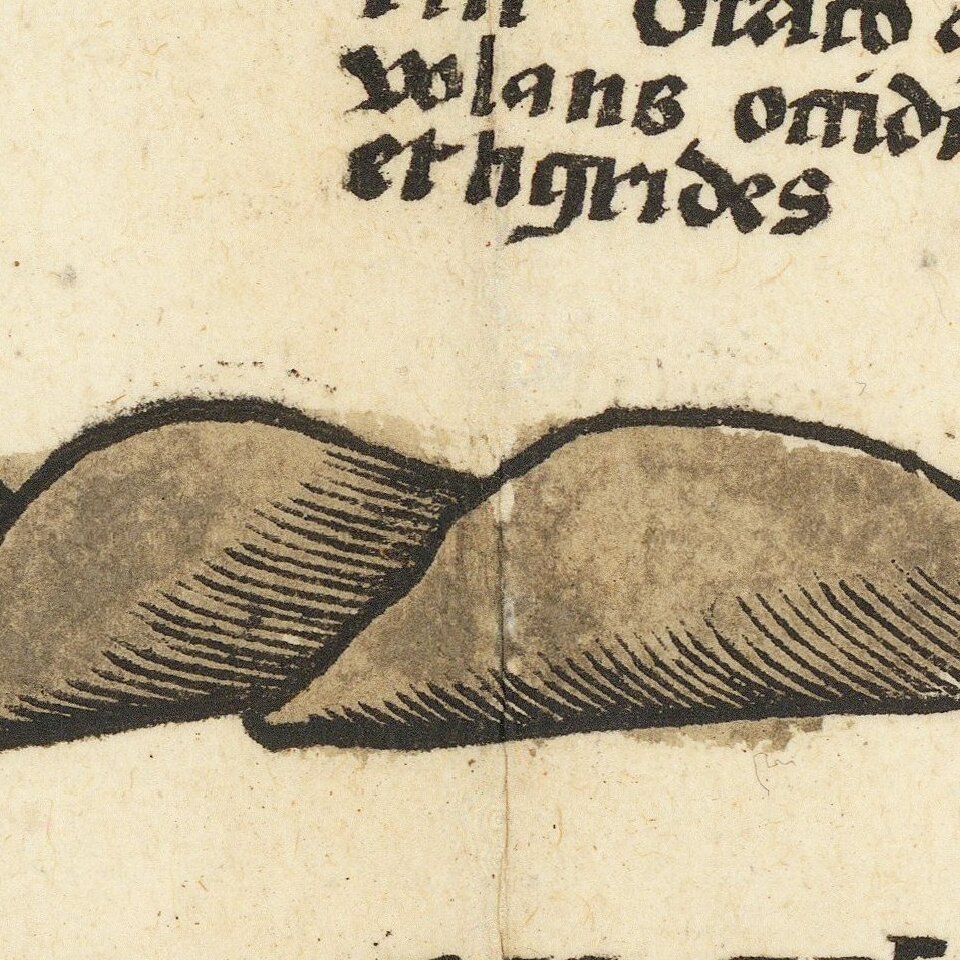 The First Modern Map of the North Part of Africa

Nice example of renowned mapmaker Martin Waldseemüller's modern map of the northern half of Africa, published in Strasbourg in 1513.

This is the first printed modern map of the region, showing North and West Africa to the Bight of Benin.

The areas shown here were the first non-European lands reached by the Portuguese and Spanish in their voyages into the South Atlantic. The map illustrates the coastal regions in fine detail. Numerous toponyms radiate inland, showing the extent to which knowledge of the African shores had reached Europe in the early sixteenth century. One of the most visually striking elements of the map is the bright red of the Red Sea. This eye-catching convention became common on manuscript, and later print, maps beginning in the late Medieval period.

There are a few features in the inland parts of North Africa, especially mountain ranges, but there is very little information in the rest of the interior. This reflects Waldseemüller's dependence on sailor accounts, in particular those of the Portuguese—few Europeans had traveled beyond the coastal regions and would not do so until the mid-nineteenth century.

Europeans had at least heard of the various kingdoms in the interior, some of which are illustrated here. The phrase ‘Ethiopia per totum’ refers to older tradition of calling all Africans Ethiopians. Other kingdoms noted are Nubia, known to Europeans through ancient and Biblical sources, Libya, and Regni musameli de Ginoia. The latter is a reference to a portion of the Guinea coast controlled by Muslim traders.

Ringing the Mediterranean are several polities that Europeans knew very well. These include Barbary, a Muslim region and the source of trade goods and marauding corsairs. Farther east are Egypt and Arabia, both sources of trade for Europeans. Judea and Jerusalem are labeled. North Africa is demarcated here as part of a Mediterranean-wide network of circulation and trade.

The Nile River source is shown in part in a lake (Paludes Nili), with two other branches of the Nile shown as having sources off the map, to the east. The large island of Meroe, a source of fascination to Europeans, is also included. Certain biblical scholars, including Josephus (1st century CE), thought Meroe to the be the location of Sheba, where the Queen of Sheba ruled.

Europeans had been interested in the source of the Nile since ancient times. Ptolemy, in his second century Geographia, postulates that the source lies near the Mountains of the Moon, where water flows into two large lakes at the same latitude. This theory came from Diogenes, who supposedly saw the mountains ca. 110 CE. Reference to Waldseemüller’s map of southern Africa, included in the same 1513 volume, shows that he also ascribed to the Mountains of the Moon theory. The branches which flow off the page here find their beginning in the Mons Luna farther south.

The 1513 edition marked an important shift in the history of cartography because it was the first printing of Ptolemy to incorporate tabulae novellae, or modern maps, in addition to the ancient, Ptolemaic version of geography. The 27 original Ptolemaic maps were accompanied by 20 modern maps, of which this is one. All of its maps were printed from beautifully carved woodblocks made of pear wood. This edition of the Geographia was also the first to be organized so as to separate the ancient from the modern maps, to show how knowledge had changed since Ptolemy’s time fourteen centuries earlier.

This map shows a region important to European commerce at a time when Europeans were beginning to know more about the region. It is a mixture of ancient and modern scholarship and was part of the hugely influential 1513 Strasbourg edition of Ptolemy. Waldsemuller was one of the most important cartographers of the fifteenth century and this map is a vital addition to any collector of Africa, Ptolemy, or Waldseemüller. 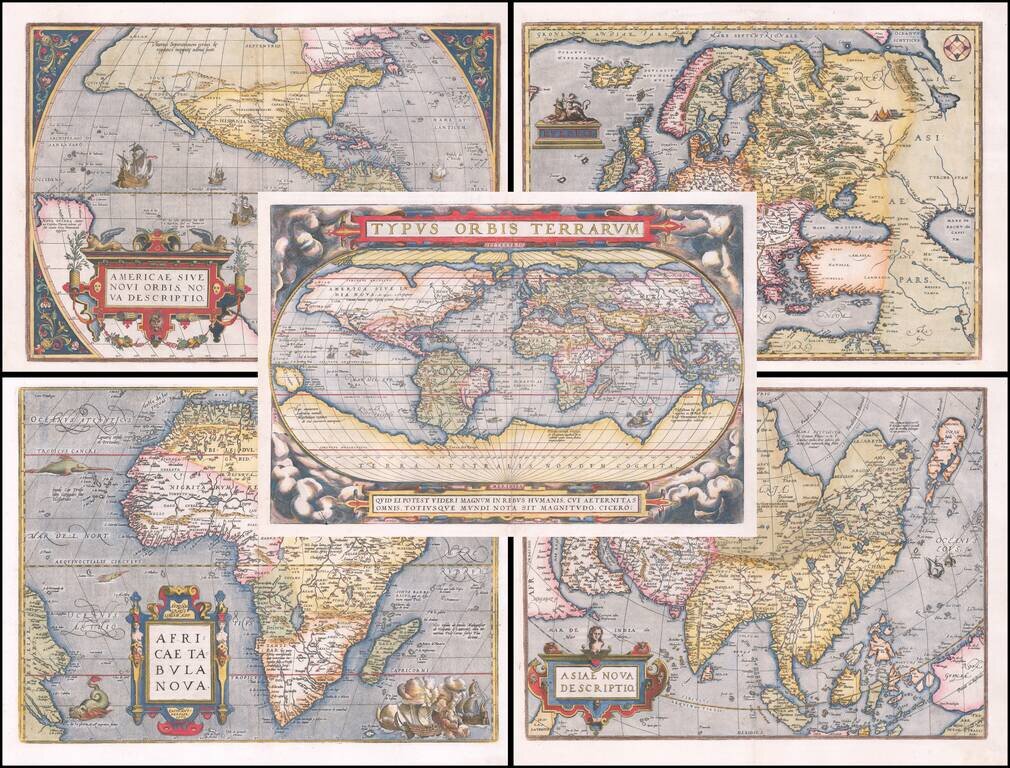 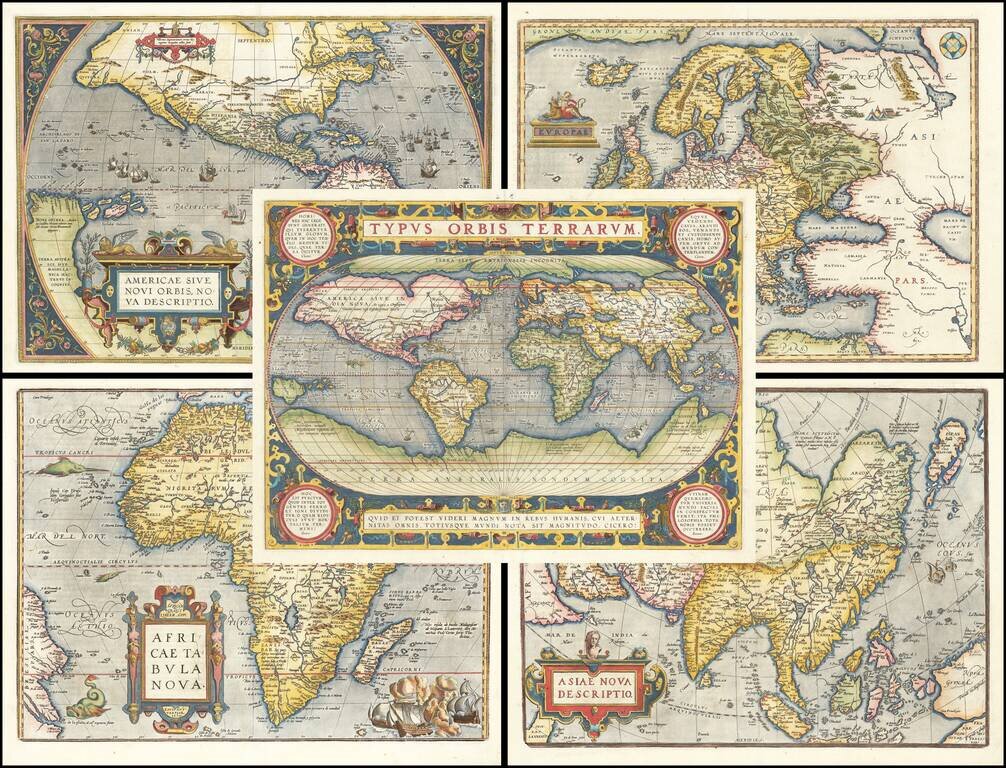