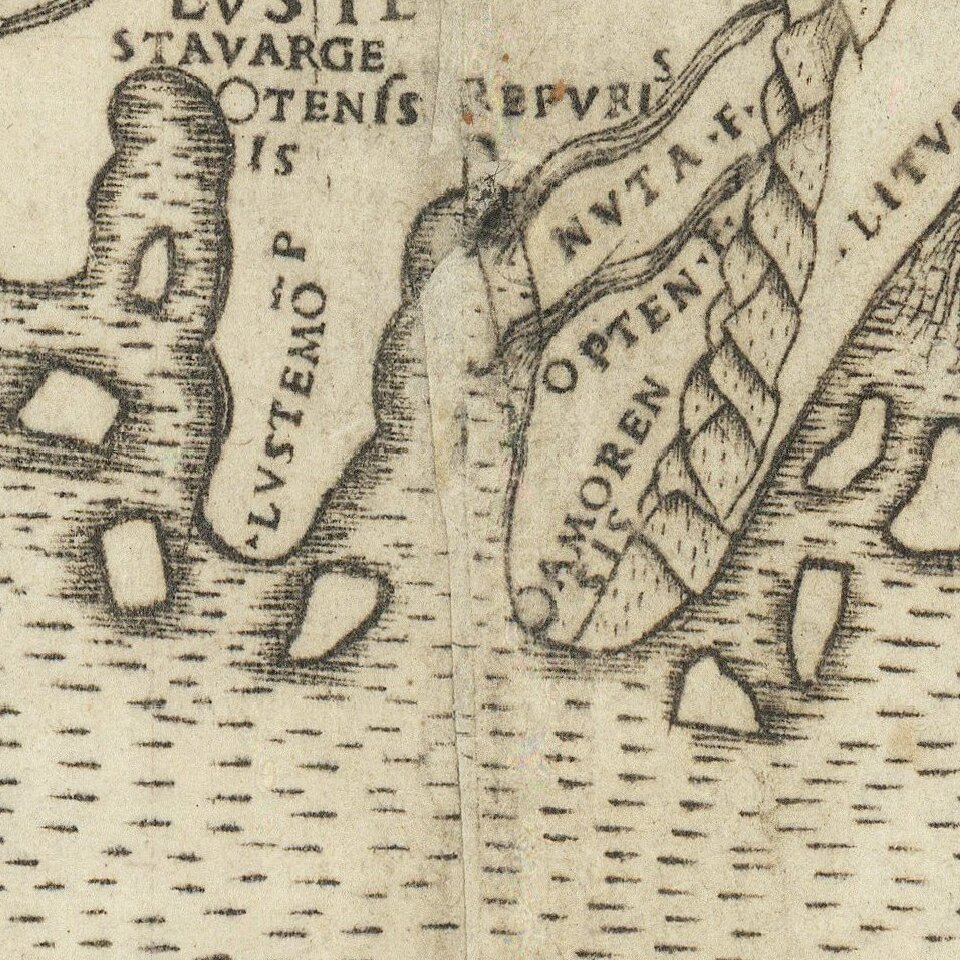 Important early map of Northern Europe, Scandinavia and the British Isles, which first appeared in the 1507-1508 Rome edition of Ptolemy's Geography, Claudii Ptholomei Alexandrini. Cosmographia..., created under the direction of Conrad Swenheym (who apprenticed with Guttenberg) and published after Swenheym's death (1477) by Arnold Buckinck.

The map is the second modern printed map of the region (preceded only by the Ulm Ptolemy) and the first modern map of the region printed using the copperplate printing method. The map is derived from the manuscript map of Nicolaus Germanicus contained in the Wolfegg codes, a Germanicus manuscript edition of Ptolemy's Geographia dated 1468-71, which forms the basis for the so-called Ulm Ptolemy, a printed edition of the Geographia first published in 1482.

First issued in some copies of the 1507 edition (and thereafter regularly in the 1508 edition), this map was one of six modern maps added to the Rome edition of Ptolemy, first published in 1478.

The map depicts a Greenland as attached to Scandinavia. Norway (Norbegia) is named, as are Oslo (asto), Bergen (begensis) and Trondheim (nodrosia). Gdansk (Dantzg), Riga, and Stetin, are also named along the southern coastline of the Baltic Sea.

The map is very rare on the market, having only appeared in the final edition of the Rome edition of Ptolemy's Geographia.