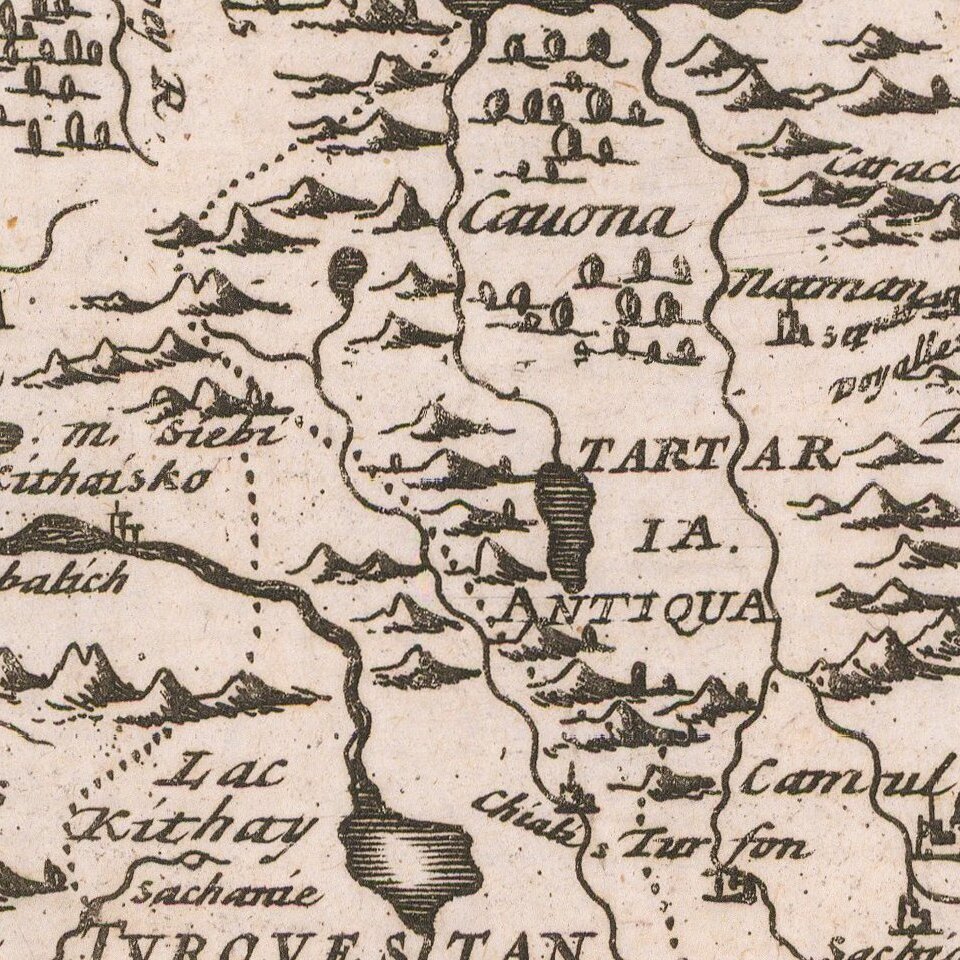 Rare English map of Tartary, which appeared in Moore's A New Geography. Many of the plates in the work were engraved by Herman Moll, who had moved to London in 1678 and had not yet begun publishing under his own name. These are among the earliest known maps engraved by Moll. Burden credits Moll's first map as being his work for William Berry, also in 1681.