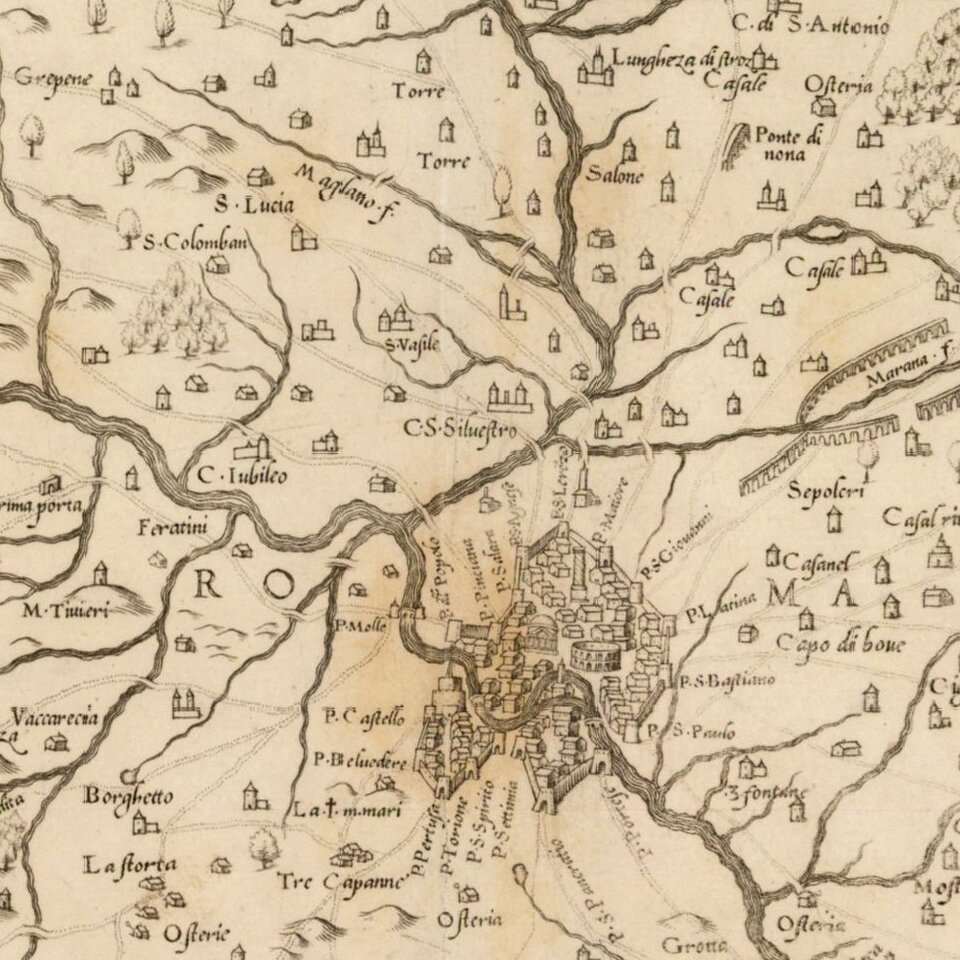 A rare and finely engraved 'Lafreri School' map of Rome and Latium, by the Venetian master Giovanni Francesco Camocio, after the cartography of Eufrosino della Volpaia.

This fine map is the first state of one of the earliest printed maps of Latium (Lazio), the region surrouding Rome. It is centered on the 'Eternal City', which is shown to be surrounded by its castellated walls, while the ruins of the Acquaducts of Aqua Claudia and Aqua Marcia are visible towards the upper right (to the southeast of Rome). The undulating countryside features numerous hills, towns, roads, forests and lakes, while the waters of the Tyrhennian Sea are inhabited by a sea monster and a sailing ship.

Recent research by Stefano Bifalco and Fabrizio Ronca has established many of the key publication details of the map, of which until then little was known. The present map is the first (of four) states, of which this state was published in Venice by Giovanni Francesco Camocio ( fl. 1552-75), one of the leading cartographers of the 'Lafreri School'. It is based on an anonymous map of the same title published in either Rome or Venice in 1557 (Bifalco & Ronca, Tav. 112), of which the only notable alteration in cartographic detail is that Camocio's 1559 map extends further to embrace territory to the north of Rome (ie. its view is extended on the left side, as the map is roughly oriented with the eastward direction on the top of the map). The 1557 map is, in turn, based on Vincenzo Luchini's Paese di Roma (Rome, 1556) (Bifalco & Ronca, Tav. 111). The cartography of this map sequence is based on Eufrosino della Volpaia's important wall map, the Carta della Campagna Romana al tempo di Paolo III (Rome, 1547), although it is stylistically entirely different (Bifalco & Ronca, Tav. 110). Eufrosino della Volpaia ( c.1494-1552) was a Florentine engineer who was commissioned by Pope Paul III to conduct the first ever systematic mapping of Latium, and his wall map is today known in only a single example, held at the Biblioteca Apolistica Vaticana. The same plate used to engrave the present map was used to print three succeeding states, one by Camaocio and the two latter states by Donato Bertelli. Succeeding versions of the map sequence, entirely re-engraved on new plates, were issued by Fernando Bertelli & Paolo Forlani (1563) and Antonio Lafreri (1564).

The dating of the map can be ascertained by the fact that the cartouche in the lower right, which features the Roman civic initialgram, S.P.Q.R. (standing for 'Senatus Populusque Romanus', translated as 'The Senate and People of Rome'), also features the generic symbol of the Camera Apolistica of the Vatican, when normally this place would be occupied by the personal arms of the incumbent Pope. This substitution suggests that the office of the Pope was 'Sede vacante', or vacant. Thus, this map is thought to have been issued sometime between when Pope Paul IV died on August 18, 1559 and when Pope Pius IV was elected on December 25, 1559.

The map is very rare, and we are aware of only a single other example as having appeared at auction during the last 25 years. 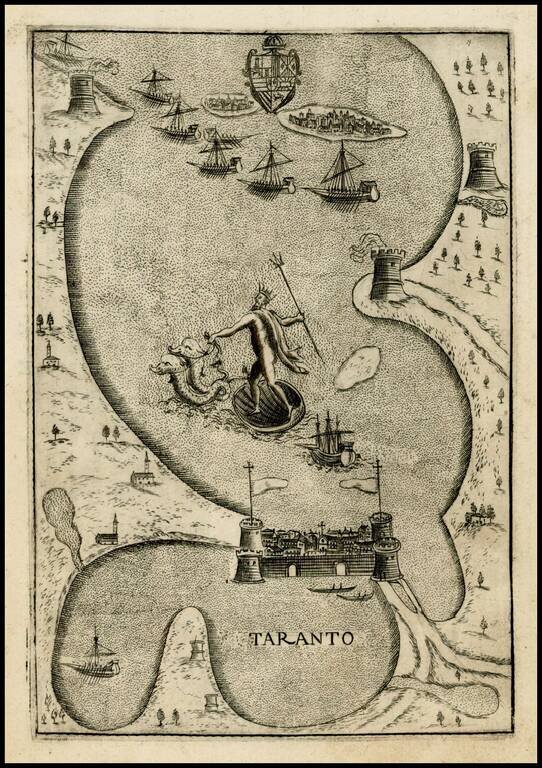 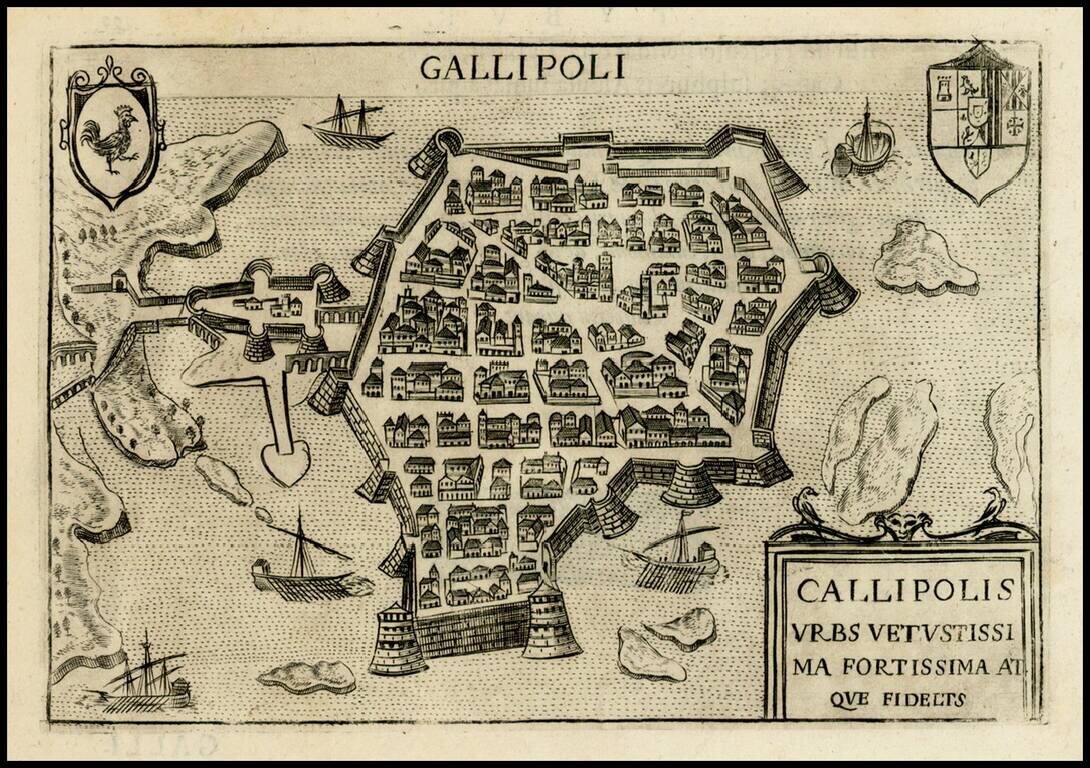 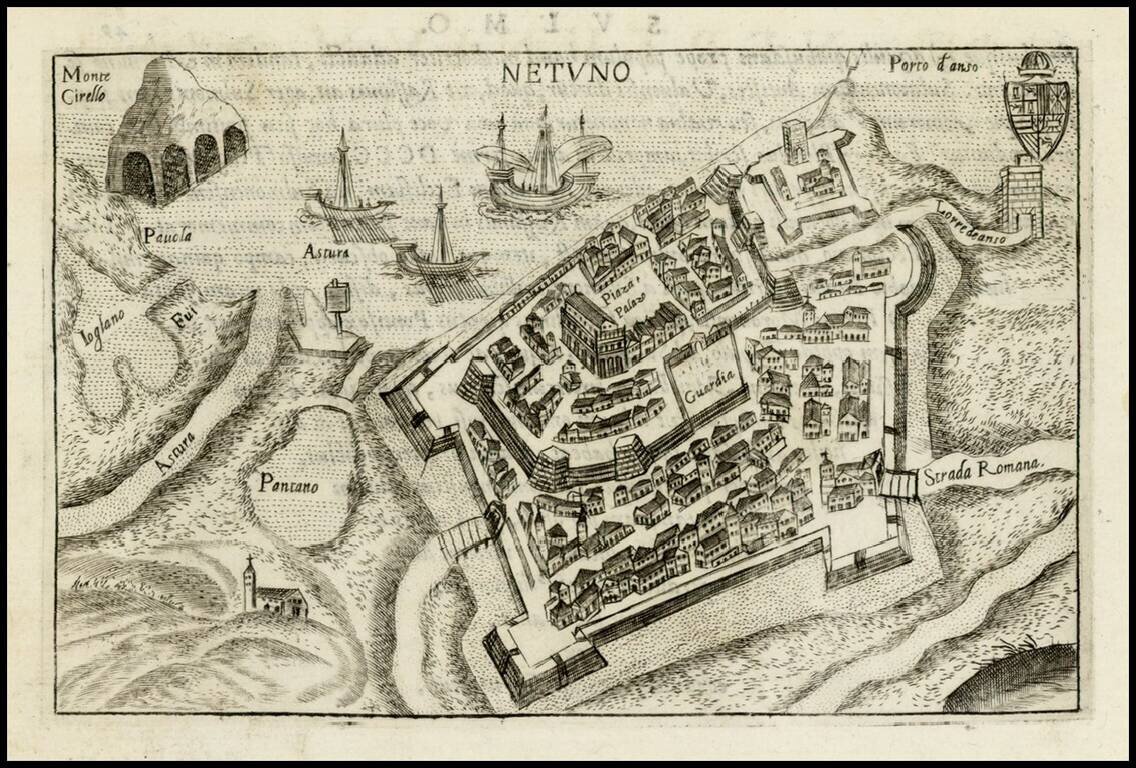