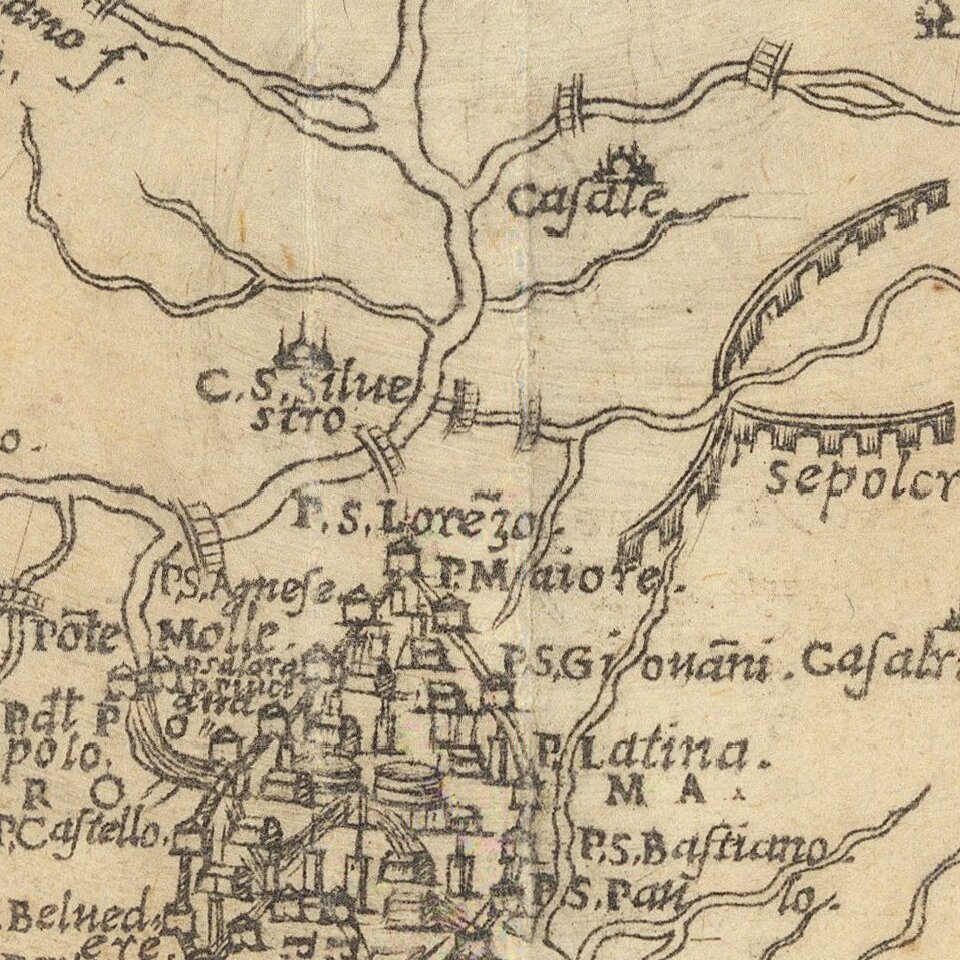 Scarce modern map of the region around Rome, published by Giralomo Ruscelli in 1574.

While Ruscelli's atlas was first published in 1561, this is one of the few maps that did not appear in the first edition of the atlas, making it much scarcer on the market.

Ruscelli's Atlas is an expanded edition of Gastaldi's Atlas of 1548, which has been called the most comprehensive atlas produced between Martin Waldseemüller's Geographiae of 1513, and the Abraham Ortelius Theatrum of 1570. Ruscelli and Gastaldi's maps were beautifully engraved on copper, marking a turning point in the history of cartography. From that point forward, the majority of cartographic works used this medium. As it was a harder material than wood it gave the engraver the ability to render more detail. Gastaldi sought the most up-to-date geographical information available, making the modern maps in Ruscelli's Geographia among the best modern maps of the period. 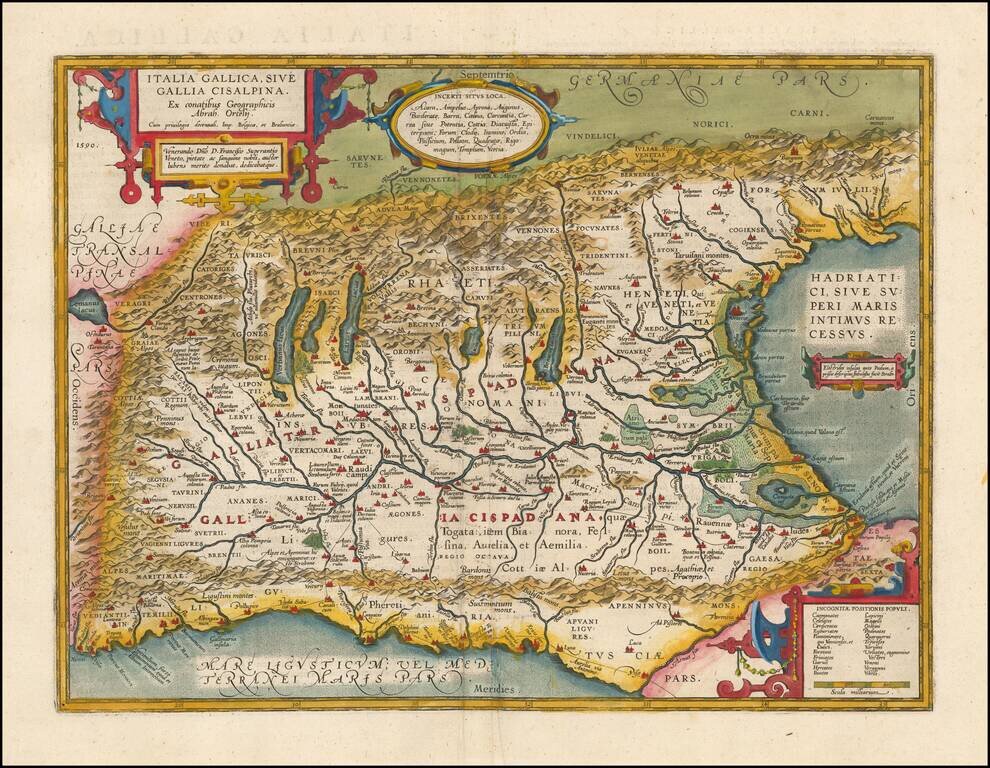 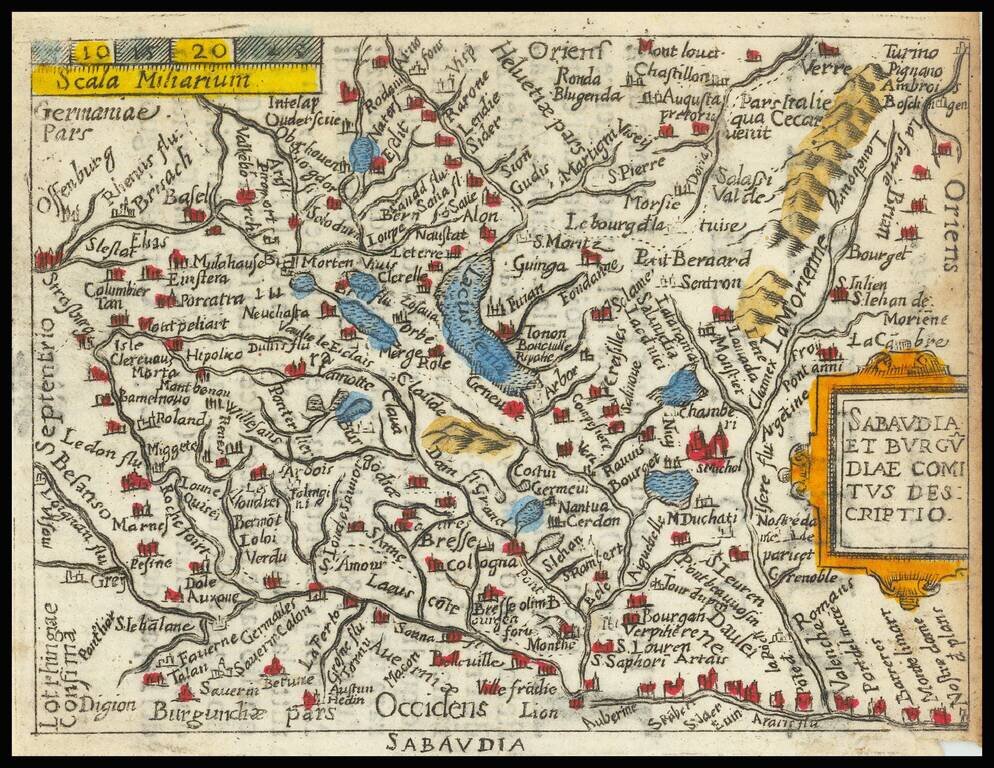 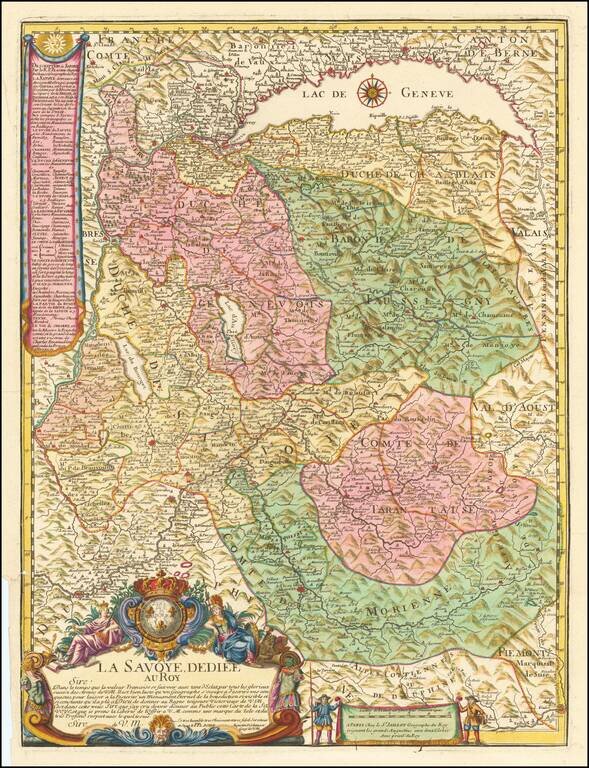