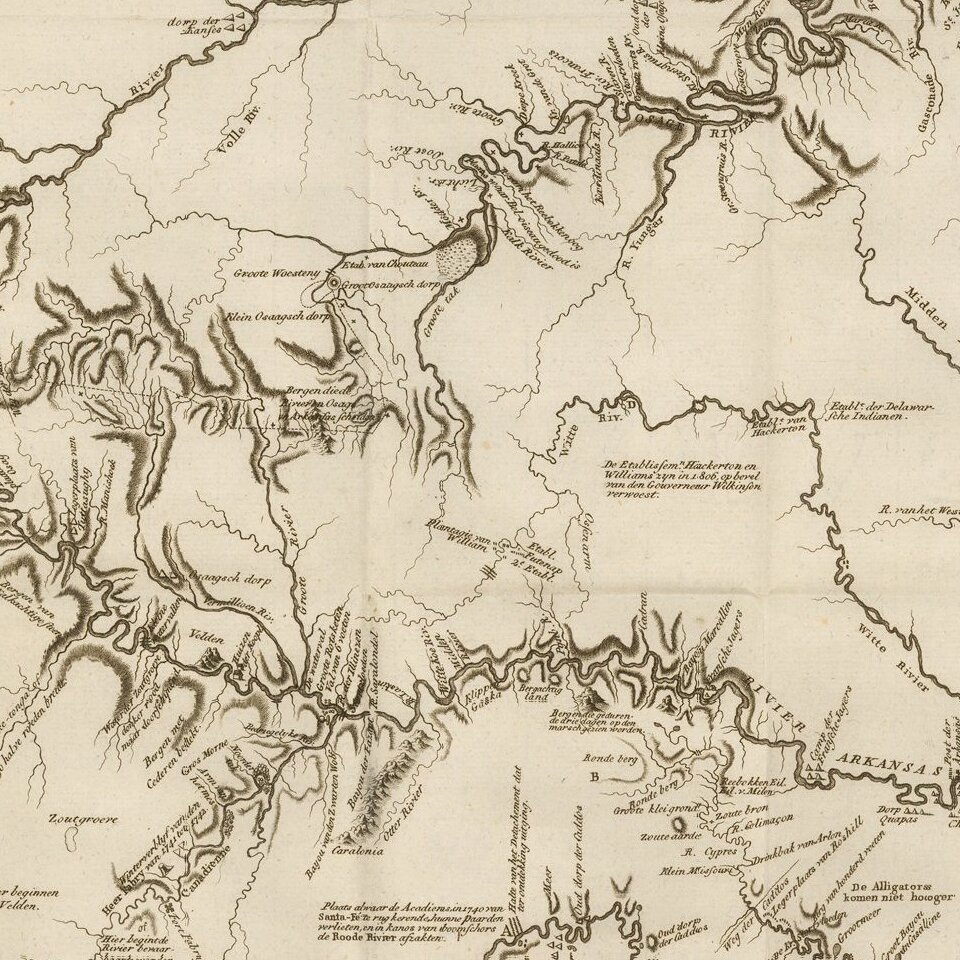 Rare Dutch edition of this highly important map the region, from Pike's account of his expedition to the West .

The map shows Pike's route through the region from the west of the Mississippi, from the Missouri River to the Red River, and extending west to the Pawnee Villages (including Missouri, Eastern Kansas, Eastern Nebraska, Eastern Oklahoma and North Texas), on his way to the Rocky Mountains and through Texas.

The detail between the Missouri River, Kansas River and the Red River is truly extraordinary, and includes many original notes and observations which make it a source map for all maps which came after.

The map was prepared to illustrate the first edition of An Account of Expeditions to the Sources of the Mississippi, and Through the Western Parts of Louisiana, to the Sources of the Arkansas, Kans, La Platte, and Pierre Jaun, Rivers; ... During the Years 1805, 1806, and 1807. And a Tour Through the Interior Parts of New Spain, When Conducted Through These Provinces, by order of The Captain-General, in the year 1807. By Major Z.M. Pike.

The present edition of the map appeared in the 1813 Dutch edition of Pike's report, which is very rare on the market.