1598. The discription of the Islandes and Castle of Mozambique

The discription of the Islandes and Castle of Mozambique information: 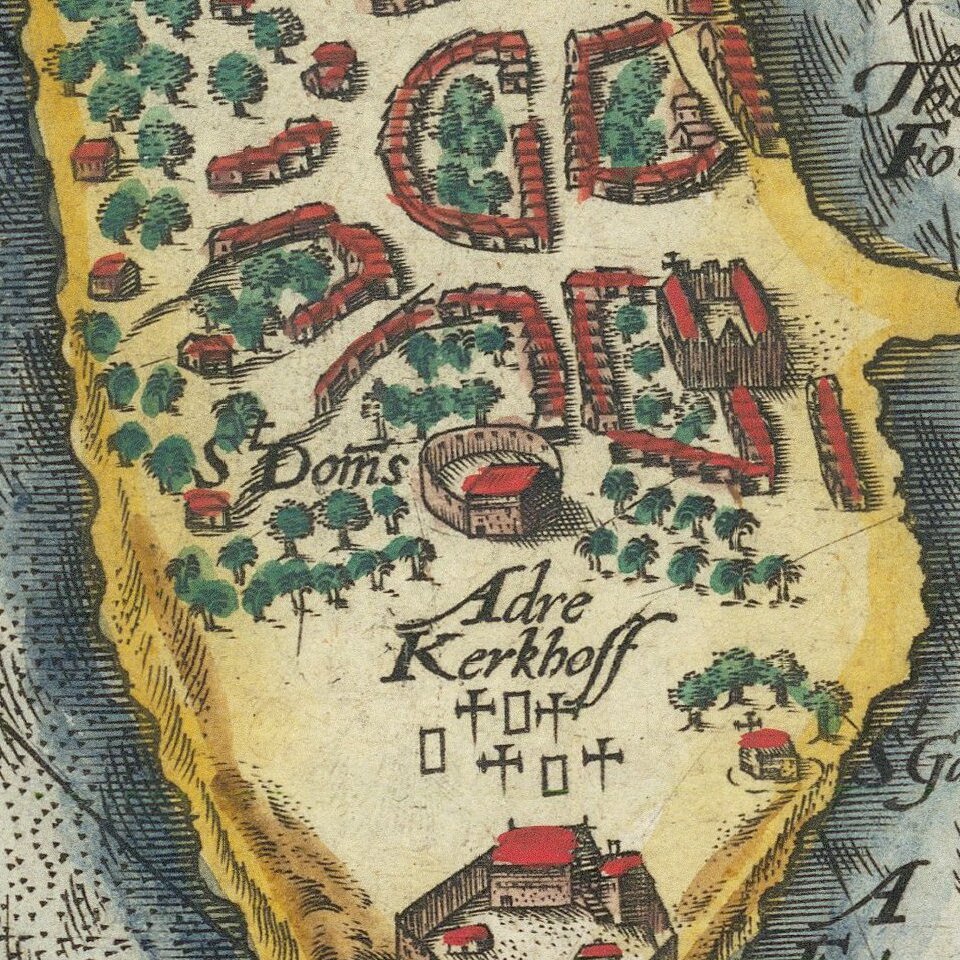 Decorative view of Melinde harbor on the island of Mozambique, which appeared in the rare English edition of Linschoten's Itinerario, Iohn Huighen van Linschoten. His discours of voyages . . . , published in London in 1598, and engraved by English engraver William Rogers.

The view shows the fortifications of the city, with numerous ships flying the Portuguese standard at anchor in the protected harbor. The map is finely engraved and decorated with a large compass rose, the Portuguese coat of arms, and title cartouche with the title in both Latin and Dutch.

The island of Mozambique was an important trade center in Portuguese Mombasa in the second half of the 16th Century, on the route from Portugal to India. In 1542, Joao Velho, an agent for the King of Portugal, wrote a series of letters describing his 4 year stay on the island, where he lived in a fortified tower with a white slave woman. He was one of the principal overseers of the Portuguese King's stores of cloth and beads, which were used to trade for gold and ivory mined in the interior regions. The Portuguese factor was one of the principal points of trade with Muslim controlled Sofala, where goods from the interior were traded with the Europeans.

Among other things, Vehlo gives an account of certain corrupt captains who were then actively stealing from the King, setting up their own side businesses, using the King's stores, and murdering local traders to escape their debts. The map depicts Vehlo's tower, along with the church and other structures, and provides a nice thematic depiction of the island and port, which were then being visited by more than 500 ships per year.

Linschoten was "one of the pathfinders for the first Dutch voyages to the East" (Schilder, p. 195). He was in the service of the Portuguese as Secretary to the Portuguese Archbishop of Goa, in India, from 1583 to 1589. Here, he had access to many Portuguese portolans as well as other valuable commercial information, especially as Goa at this time was the commercial and political center for the Portugal Empire in the east. Van Linschoten left Goa for home in January 1589. On the way to Portugal, his ship was pursued by an English fleet and lost its cargo in a storm while anchored off the Azores. After the loss of the cargo, Van Linschoten was persuaded to stay and help recover it; he spent two years on Tercera, working and preparing his notes from Goa. Van Linschoten eventually arrived in Lisbon early in 1592, and then sailed home to The Netherlands. His account of his experiences is one of the most important travel works of the period. 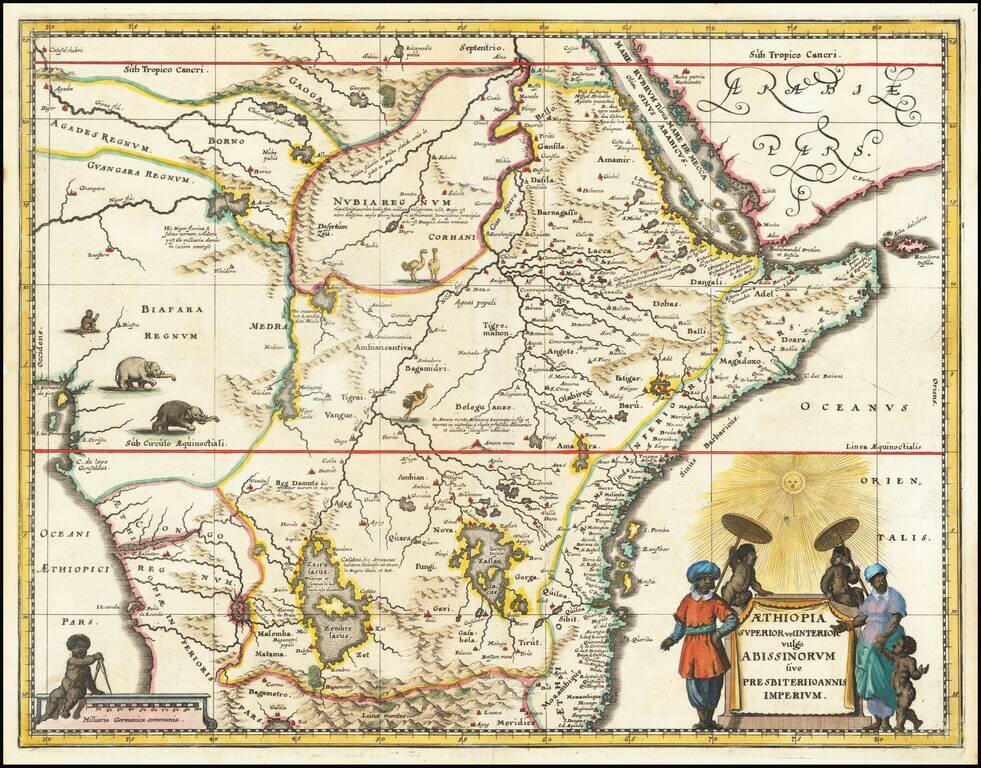 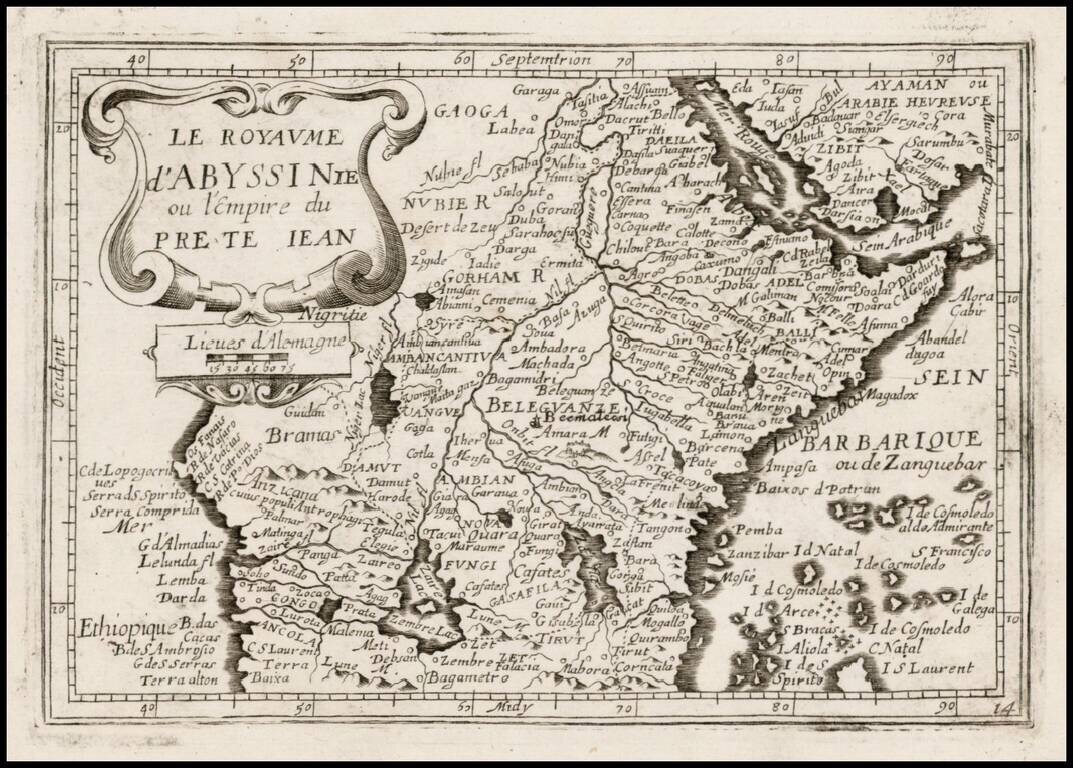