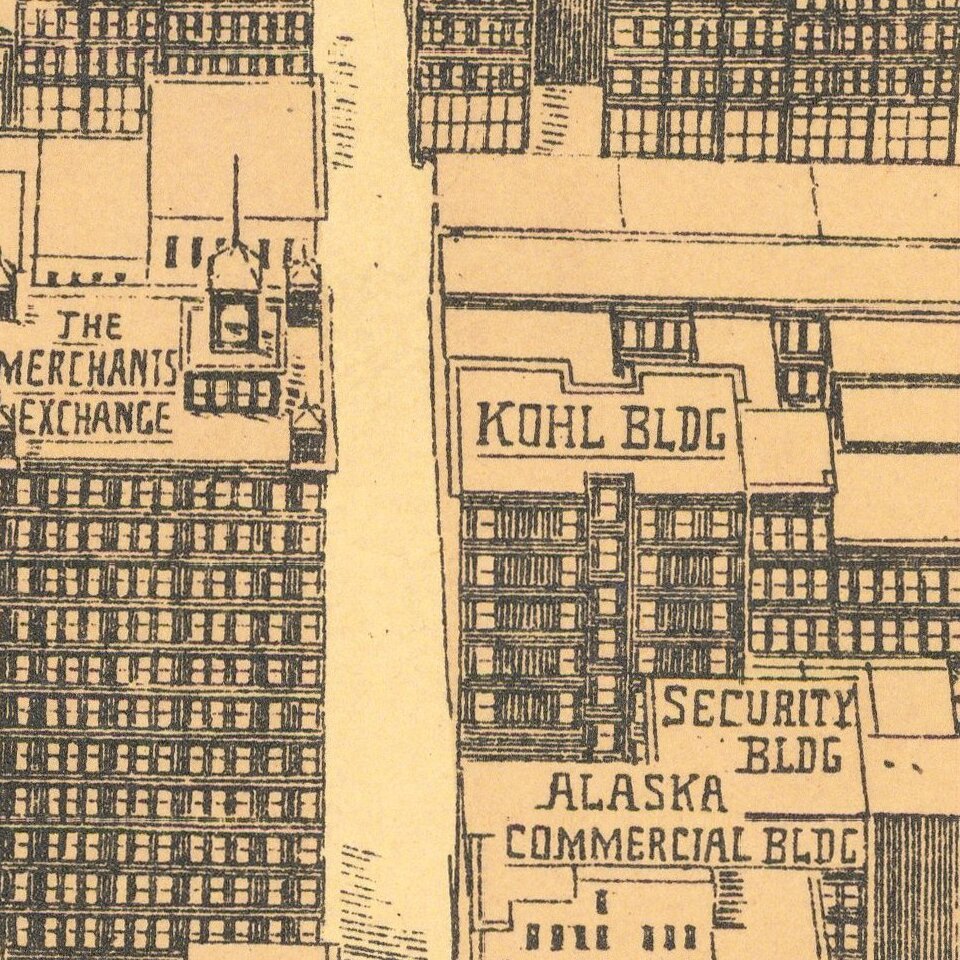 The view is quite remarkable for its size and the number of businesses identified on the view, far too many to count, but we'd guess over 200.

The present example is the first edition, without the following additions which appear in the second state:

As noted by Rumsey:

This map provides a detailed view of the extraordinary rebuilding of downtown San Francisco only six years after the devastating earthquake and fire of 1906. Just a few lots remain unbuilt.

It is a scarce map that was issued in two forms: on thin paper as a folded map with the Supplement to the San Francisco Standard Guide, and on thicker paper unfolded . . .

A reduced size reproduction of the copy at the San Francisco Society of California Pioneers Library was issued in 1968 . . . The Panama Pacific Exposition of 1915 is shown prospectively.

A second issue of this larger map is at the Wells Fargo Museum in San Francisco - it adds a winding road going up Mount Tamalpais as well as names of buildings on the block bounded by First, Bryant, Brannon, and Beale streets.

The view is rare. This is the first example of the first state of the view we have ever seen on the market.

Rumsey holds a copy of the first state. OCLC locates copies at Yale and American Antiquarian Association. Reps located 6 copies, but was apparently not aware that 2 states existed, noting on the first state with the Pingtree-Traung imprint.