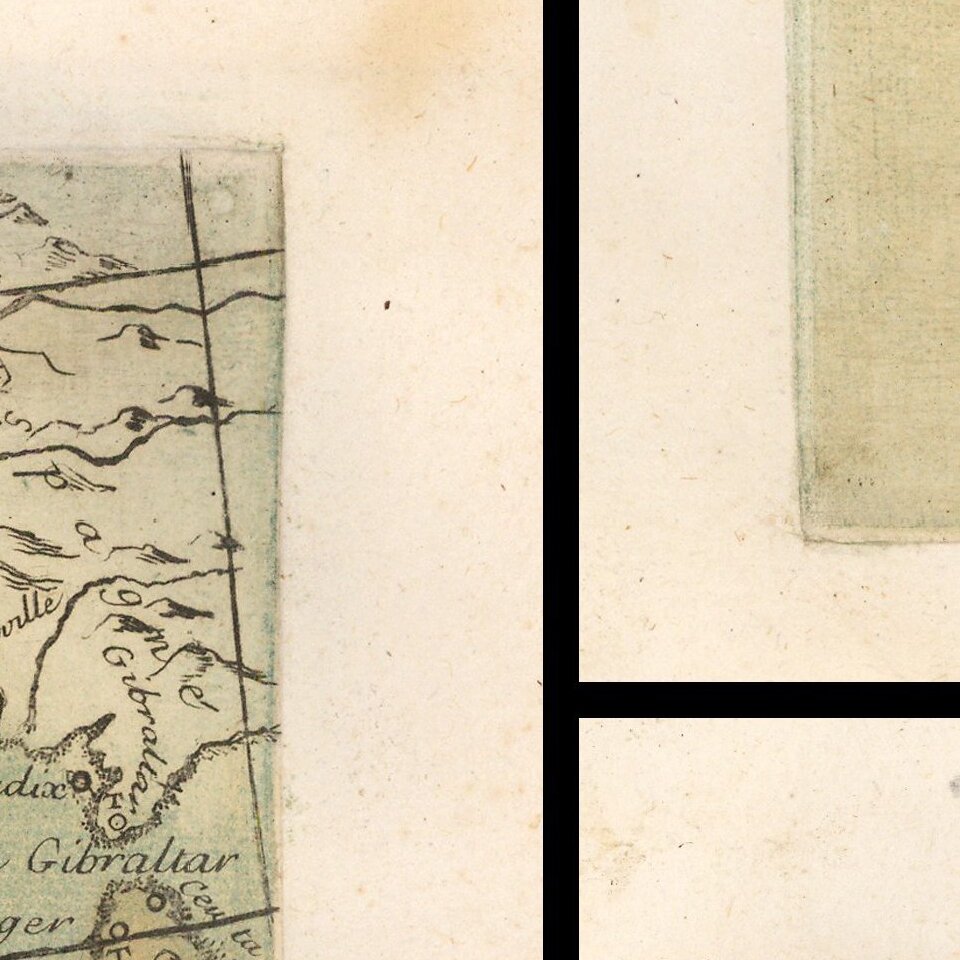 Extremely rare separately published pamphlet by Jean Fabien Gautier D'Agoty, containing a complete set of his maps from his Observations sur l'histoire naturelle and a short treatise on the relationship between earthquakes and the sun.

The present work is an extract from the 14th, 15th and 16th parts of the Observations on Natural History published between November 1755 and March 1756. The translation of the title is Color Maps of Places Subject to Earthquakes In all parts of the World According to the System of the Solar Impulse. The text describes a theory that earthquakes are caused by solar impulses, a theory which Gautier D'Agoty had described as early as 1752.

As presented, the work consists of two parts:

The maps and text illustrate the artists theory of earthquakes, identifying numerous places throughout the world where cities had been destroyed by earthquakes. An overview of Gautier's theory is set forth below.

Born in Marseilles in 1716, Gautier began his career as a painter, before moving to printmaking, where he became fascinating with the work of Jacob Christoph Le Blon (1677-1741). Gautier offered his theory that colored prints could be created in much the same way as colored patterns were woven into cloth.

In 1736, Gautier moved to Paris, where he met Louis-Bertrand Castel, a mathematician and scientist who encouraged Gautier to investigate his theories into color printing. However, many of Gautier's ideas for three and four color printing had been already developed by Le Blon. In 1738, Gautier joined Le Blon's color-printing workshop but left after only six weeks. He then adopted Le Blon's ideas and established a printmaking business as a four color printmaker. Following Le Blon's death in 1741, Gautier successfully petitioned for a 30 year privilege as the exclusive publisher of color prints in France. The grant, dated September 5, 1741 and valid for thirty years, was announced in the Mercure de France, where it was accompanied by a list of twenty-one color-printed images for sale and by a color-printed picture of a shell.

Gautier's work on anatomy earned him considerable respect, earning him a place in the Dijon Academy of Sciences. In 1752, he published his critique on Sir Isaac Newton's theory of color- Chroa-génésie-in which he offered his theory regarding the effects of the sun on the earth and its atmosphere. According to Gautier's theory, the force of its rays generates planetary motion, and it is the source of light and fire, substances with broad significance and many uses according to his system. Modified, they create thunder, lightening, and such geologic phenomena as volcanoes and earthquakes.

Gautier's theories showed his "understanding of geometry is even less exact than his understanding of Newtonian optics." His writing was described as "convoluted" and "unintelligible." Surprisingly, this did not stop Gautier from being taken seriously (if only briefly) as a philosopher-enough to have the great writer Goethe suggest his treatise on color deserved an answer. Goethe also described Gautier as "an active, quick, rather impulsive man, certainly gifted but more than befittingly aggressive and sensational."

Gautier's publications included Observations physiques (1750-1753), Observations sur histoire naturelle, sur la physique et sur la peinture (1752-1756), Observations sur la peinture (1753-1754), and Journal de Monsieur (1776-1777). As publisher he wrote many articles for those journals, but he wrote for other publications as well. Gautier also engaged in the typical practice of arranging the publication of his own letters and articles as pamphlets. In 1749-50 he published his own treatise on color, electricity, and a general theory of the sciences; he also printed his exchanges with scientific societies-notably the Royal Society of London.

All of Gautier D'Agoty's works are rare on the market, but this particular pamphlet appears to be the rarest, with no auction records located.

The material is drawn from parts 14, 15 and 16 of Gautier D'Agoty's Observations sur l'histoire naturelle, which are very rare on the market. While the first 12 parts appear occasionally at auction, the only auction record for a complete set (Parts 1-18) sold at Bonhams in 2013 for 35,000 GBP and there is no other record for an individual or partial set containing the maps appearing at auction. 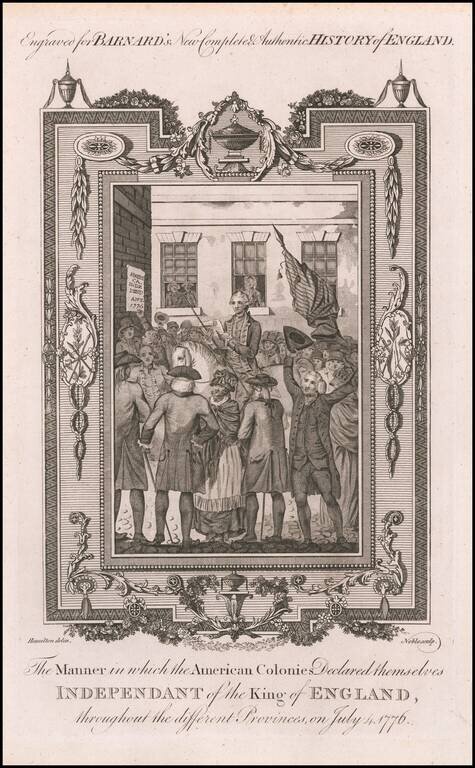 The Manner in which the American Colonies Declared themselves Independant of the King of England, throughout the different Provinces, on July 4, 1776