1776. The Provinces of New York, and New Jersey; with part of Pensilvania and the Province of Quebec. Drawn By Major Holland, Surveyor General, of the Northern District of America. Corrected and Improved, from the Original Materials, By Govern. Pownall, Member

The Provinces of New York, and New Jersey; with part of Pensilvania and the Province of Quebec. Drawn By Major Holland, Surveyor General, of the Northern District of America. Corrected and Improved, from the Original Materials, By Govern. Pownall, Member information: 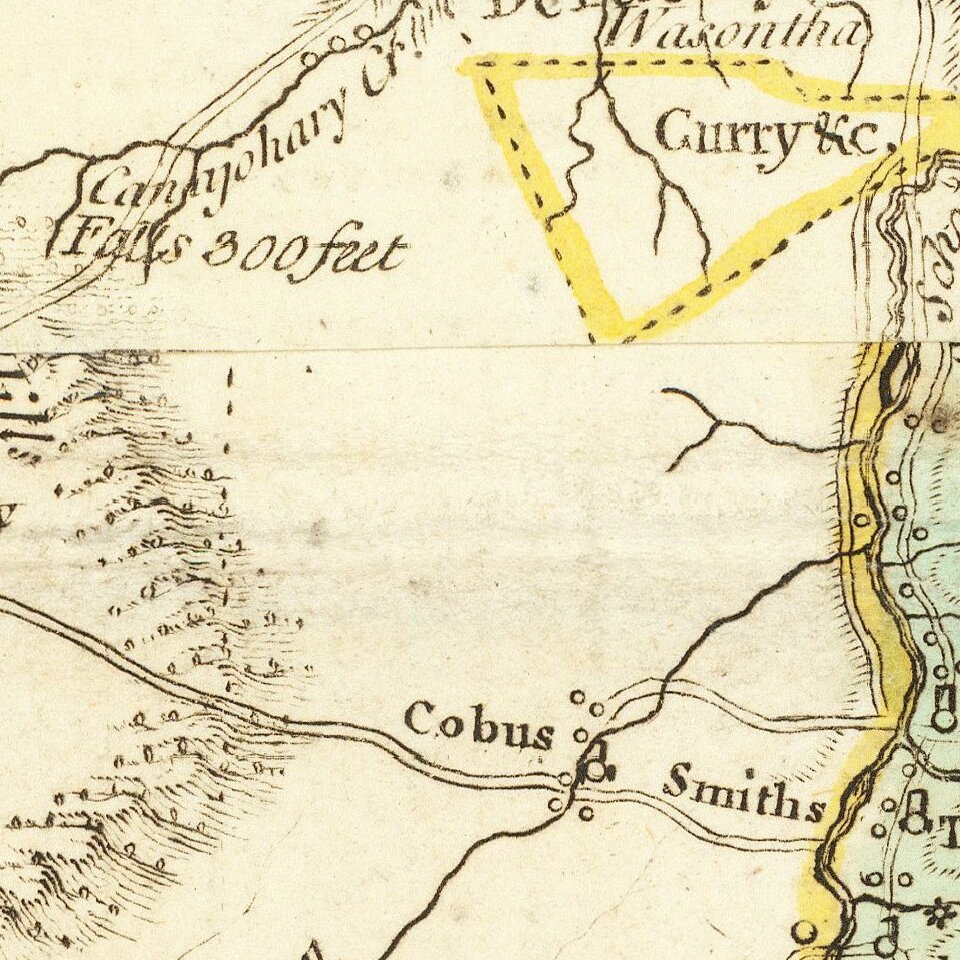 Nice example of this important colonial map of the Hudson River and its tributaries, including the Mohawk, and also with New Jersey and the upper course of the St. Lawrence River, published by Sayer & Bennett in London.

This is the first time we have seen this map presented as a wall map in old color. Most surviving examples are either bound into atlases or were dissected and laid on linen.

The map is one of the most influential and comprehensive maps of the region published during the American Revolution. The settlements in New York are almost entirely confined to the banks of the Hudson and Mohawk rivers. The unexplored Adirondack County is left entirely blank, with a lengthy notation that begins, "Coughsaghrage or the Beaver Hunting Country of the Confederated Indians. . . " Pensilvania extend north into western New York state almost as far as the Mohawk, and Vermont is shown attached to New York, with each existing township identified. Interesting notations on the country are scattered across the face of the map.

The map is beautifully illustrated, with a pastoral title cartouche suggestive of the Hudson Palisades in the lower right hand corner. There are three large insets: 1) A Chart of the Mouth of Hudsons River from Sandy Hook to New York. This is in effect a chart of New York Harbor, with depth soundings, shoals, and other marine information laid down; 2) A Plan of Amboy. The city of Perth Amboy, the old capital of New Jersey, and the most important port in that province; 3) A Plan of the City of New York. Twenty five important sites are identified by key, in the New York City inset.

The map was originally prepared by Major Samuel Holland, Surveyor General for the Northern District of North America and issued as early as 1768. As a result of The French and Indian War (1755-1763), Great Britain had significantly expanded its interests in America, for which there were few adequate maps. Two new offices of surveyor general for the American colonies were established in 1763-64. The colonies were divided at the Potomac River into a northern and southern district and the respective surveyors appointed were Samuel Holland and Gerard De Brahm. Holland conceived of a general survey of North America east of the Mississippi to be based upon geodetic principles, on a scale of one inch to one mile. Work was interrupted in 1775 by the outbreak of the American Revolution.

There are five states of the map. State three adds the inset plans. State four had numerous alterations, particularly in upstate New York, where numerous new land grants were added. These changes were based on original materials provided by Thomas Pownall, who had previously served as governor of both New York and Massachusetts, and was extremely interested in colonial topography.

This fifth and final state is the most complete and can be recognized by the addition of a 4 line note off Sandy Hook, which begins, "For description of this Country..."