1775. The Provinces of New York, and New Jersey; with part of Pensilvania, and the Governments of Trois Rivieres, and Montreal; Drawn by Capt. Holland. Engraved by Thomas Jefferys, Geographer to His Majest.

The Provinces of New York, and New Jersey; with part of Pensilvania, and the Governments of Trois Rivieres, and Montreal; Drawn by Capt. Holland. Engraved by Thomas Jefferys, Geographer to His Majest. information: 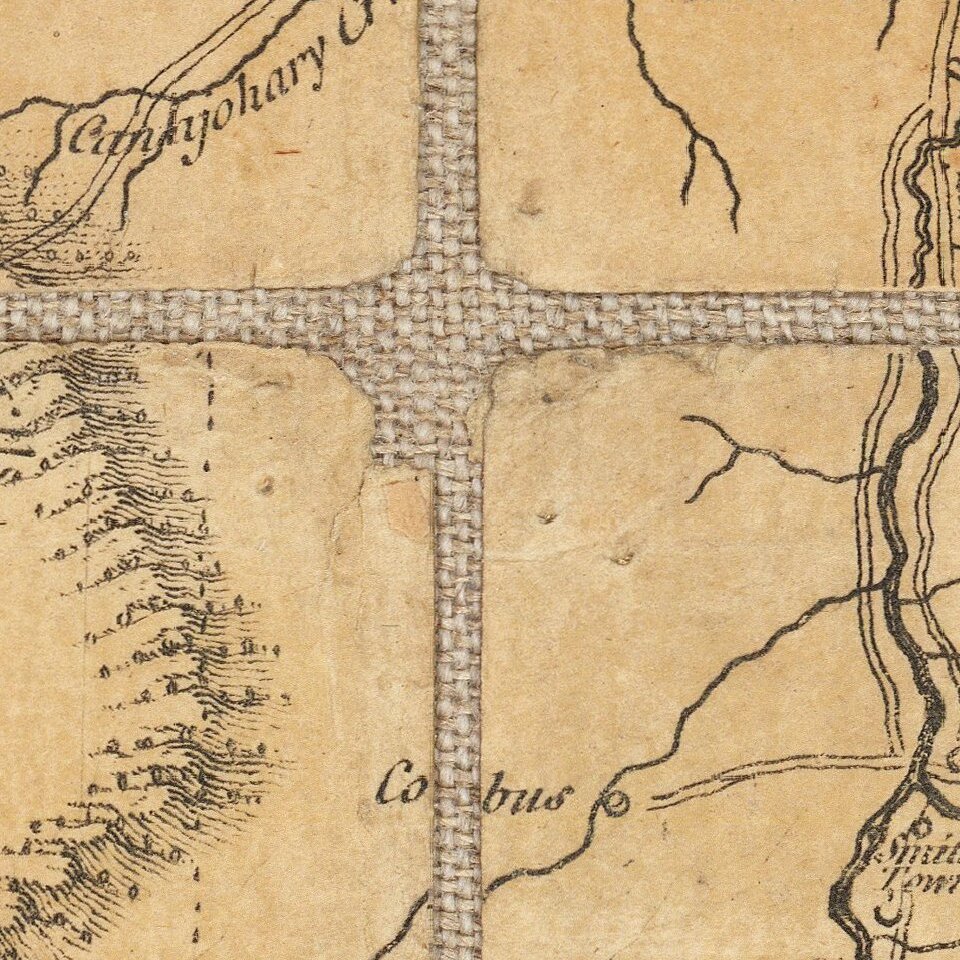 Important colonial map of the Hudson River and its tributaries, including the Mohawk, and also with New Jersey and the upper course of the St. Lawrence River.

This is the very rare first edition (second state) predating the title change, improvement of the cartography of Lake Champlain, and addition of the insets in the upper left corner.

Editions of the map that appeared in Thomas Jefferys' American Atlas are more common on the market than the early ones lacking the insets.

ORIGINAL ISSUE. Imprint (undated) as above. Subsidiary title "A Chorographical Map of the Country Between Albany, Oswego ... exhibiting all the Grants ... Lake & Montreal. Drawn from Authentic surveys by Thomas Jefferys... " in one long line along the top outside the borderline.

The Library of Congress speculates that this state was published circa 1768.

ANOTHER ISSUE. Imprint (dated) altered to "Printed for Robt. Sayer and T. Jefferys in the Strand, published as the Act directs, 15 June 1775." No other apparent alteration.

ANOTHER ISSUE. Title and imprint altered to "The Provinces of New York and New Jersey ... and the Province of Quebec, drawn by Capt. Holland Engraved by Thomas Jefferys... and improved from the modern surveys of those Colonies down to the year 1775. London. Printed for Robt. Sayer and John Bennett . .. 20 Dec 1775." The subsidiary "Chorographical" title has been removed. Three insets, "Mouth of Hudson's River," "City of New York" and "Plan of Amboy," have been introduced in the top left corner of the top sheet.

ANOTHER ISSUE. Title as (c) but altered "drawn by Major Holland, Engraved by ... Corrected and improved from the original materials by Governr. Pownall, Member of Parliament, 1776. London R. Sayer and J. Bennett 17 Augt. 1776." Numerous alterations especially in northern New York, where large tracts of the country have been laid out in grants.

ANOTHER ISSUE. The second of the two issues dated August 17, 1776. The title has again been altered, Jefferys' name as engraver having been deleted. It now reads as (c) " ... drawn by Major Holland, Surveyor General of the northern District in America. Corrected ... Governor Pownall, Member of Parliament 1776. London R. Sayer and J. Bennett, 17 Augt. 1776." In the sea off Sandy Hook a four-line note has been engraved reading "For description of this Country ... see Govr. Pownall's Topographl. Desn. p. 9-14."

The map is one of the most influential and comprehensive maps of the region published during the American Revolution. The settlements in New York are almost entirely confined to the banks of the Hudson and Mohawk rivers. The unexplored Adirondack County is left entirely blank, with a lengthy notation that begins, "Coughsaghrage or the Beaver Hunting Country of the Confederated Indians. . . " Pennsylvania extends north into western New York State almost as far as the Mohawk, and Vermont is shown attached to New York, with each existing township identified. Interesting notations on the country are scattered across the face of the map.

The map is beautifully illustrated, with a pastoral title cartouche suggestive of the Hudson Palisades in the lower right-hand corner.

The map was originally prepared by Major Samuel Holland, Surveyor General for the Northern District of North America and issued as early as 1768. As a result of The French and Indian War (1755-1763), Great Britain had significantly expanded its interests in America, for which there were few adequate maps. Two new offices of surveyor general for the American colonies were established in 1763-64. The colonies were divided at the Potomac River into a northern and southern district and the respective surveyors appointed were Samuel Holland and Gerard De Brahm. Holland conceived of a general survey of North America east of the Mississippi to be based upon geodetic principles, on a scale of one inch to one mile. Work was interrupted in 1775 by the outbreak of the American Revolution.