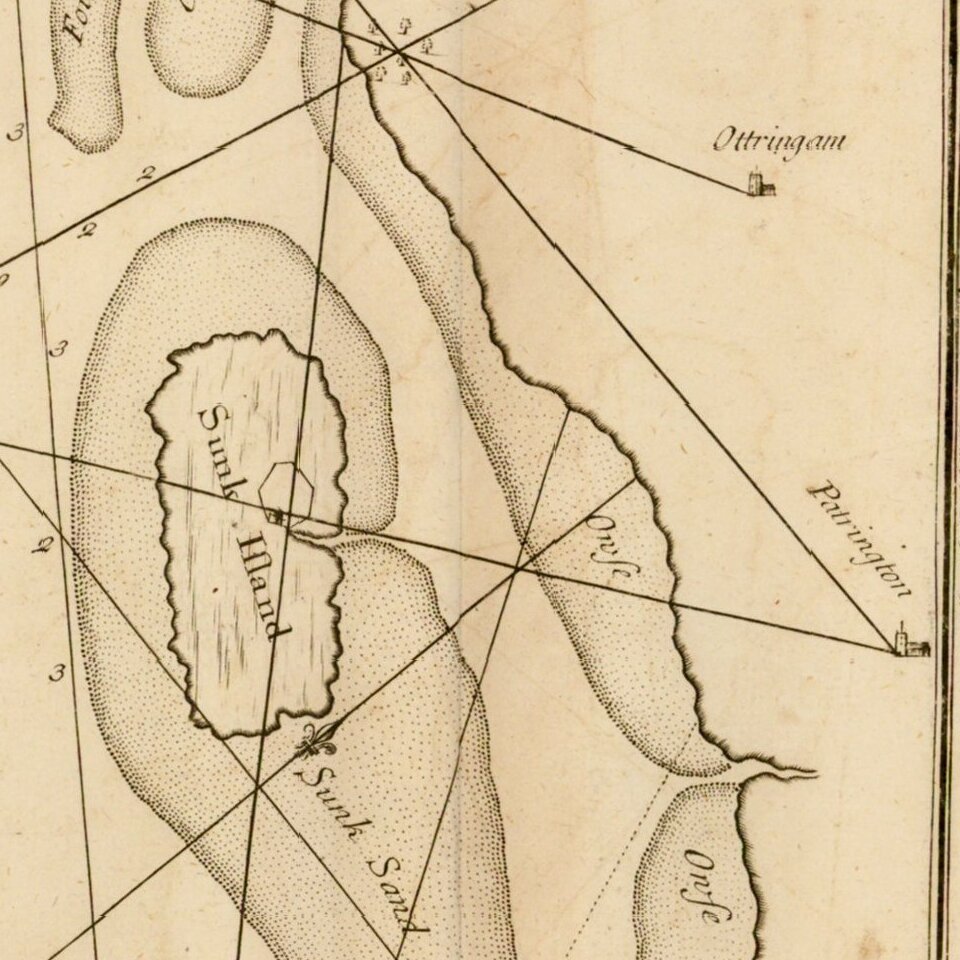 Striking Set of Charts from an Influential Atlas

Fine set of charts of various ports in and around the United Kingdom. The charts include (from left to right) Yarmouth Roads, Harwich, the Humber, Hartlepool, Scarbrough, Burlington Bay and Pier, and the River Tyne near Newcastle.