1623. [The Second Map of California as an Island!] Zwoelffter Theil der Newen Welt... 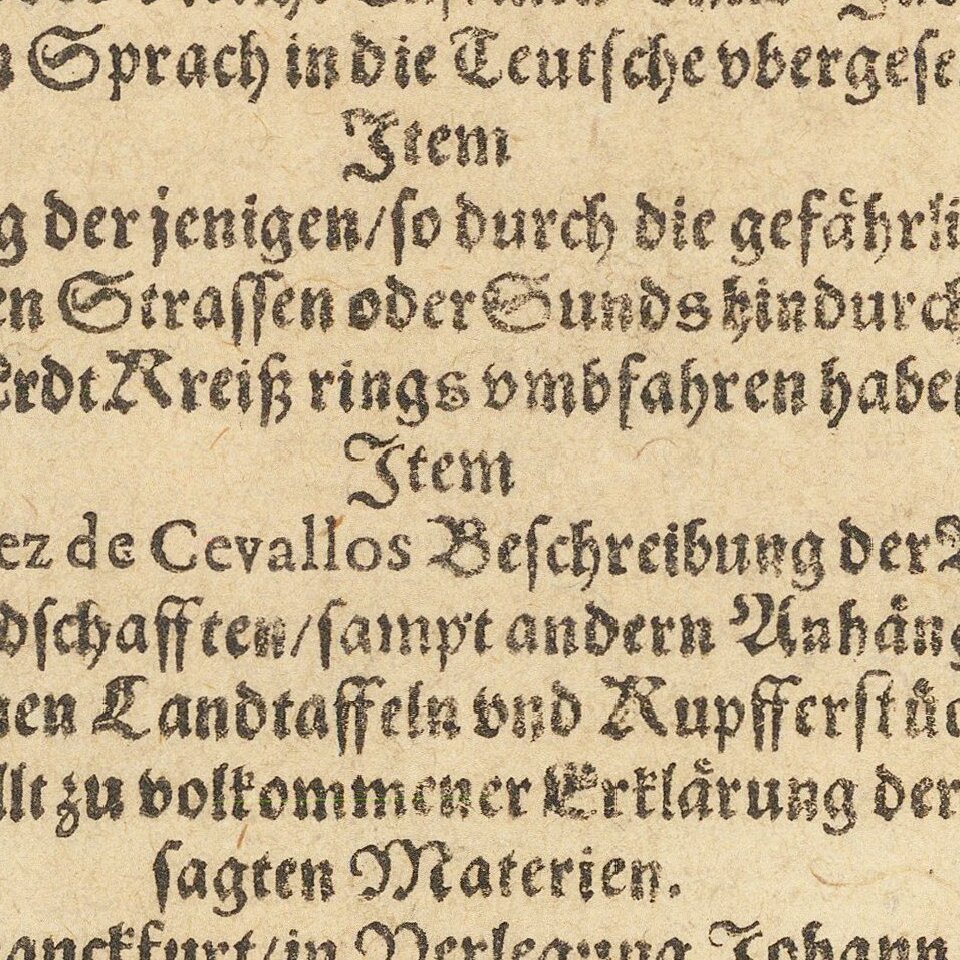 The 1623 title page is a much more involved composition than that of the 1622, with the additions of inset medallion busts of Christopher Columbus and Amerigo Vespuci, as well as the figures of Magellan and Pizarro flanking the map. The whole image is surmounted by the coat of arms of Castile. Two the left and right of the title block are engravings of the Aztec gods.

The 1622 edition of Hererra was important because it included the first account of Le Maire's voyage. It is possible that Jacob Le Maire was the Dutch mariner of legend who took the famous map showing California as an island from a Spanish vessel in 1620.

Dora Polk notes that publisher Colijn used a map showing California as an island on the title page of both Le Maire's journal and the French and Latin editions of Herrera y Tordesillas, unfortunately without explanation.

The intercepted map of legend is believed to be one that accompanied Ascencions's Relacion Breve of 1620, which is now lost. The printed description of the island appears to match the writings of Ascencion. The map shows California in what would become known as the Briggs model.

Henry Briggs apparently saw a Dutch map of the Americas in London in 1622, and on that map, California was shown as and island.

This is a foundational map for any collector of California as an island, being only the second printed map to show the myth.

The map is quite scarce on the market. This is the first example we have offered in more than 20 years.