The South Prospect of the City of New York, in North America . . . 1761 information: 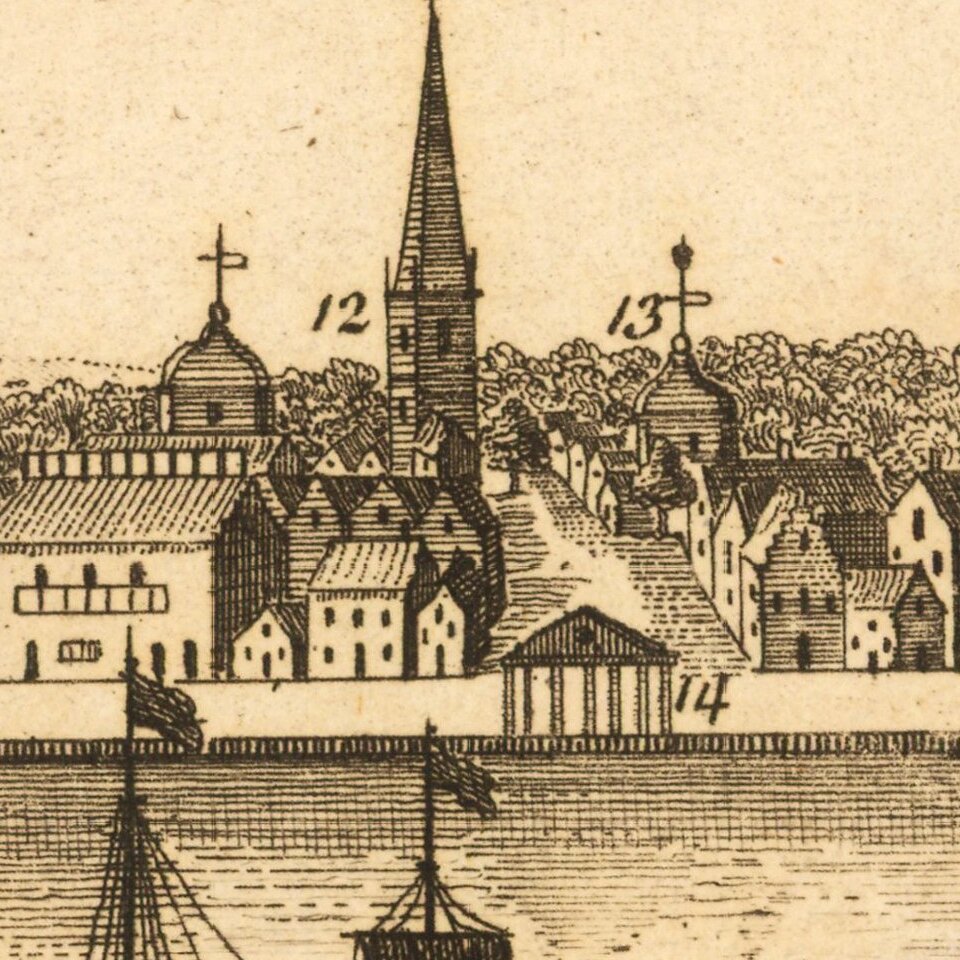 One of the Earliest Obtainable Printed Views of New York City

Beginning in 1716, William Burgis stood at the Brooklyn Heights shore and drew the waterfront along the east side of Manhattan, calling it “A South Prospect of the Flourishing City of New York in ye Province of New York in America.” The drawing was sent to London, where John Harris engraved the image on four copper plates, which when printed and joined created a six foot wide panoramic view of the City, which was first advertised for sale in America in 1721 in The American Weekly Mercury as “A Curious Prospect of the City of New-York…”

The view was copied several times over the years, including the so-called 1746 “Bakewell reissue” and in 1761, a new impression engraved for the London Magazine.

This is one of two editions of the view, which were printed with separate copper plates, with slightly different titles

At the far right, the stockade shown would become Wall Street.