1783. The West Indies, including Part of Virginia, North Carolina, South Carolina, Georgia, East Florida, West Florida, Louisiana and the Gulf of Mexico with Part of the Coast of South America: From the Bay of Honduras, to the Mouth of the Orinoko. From the L

The West Indies, including Part of Virginia, North Carolina, South Carolina, Georgia, East Florida, West Florida, Louisiana and the Gulf of Mexico with Part of the Coast of South America: From the Bay of Honduras, to the Mouth of the Orinoko. From the L information: 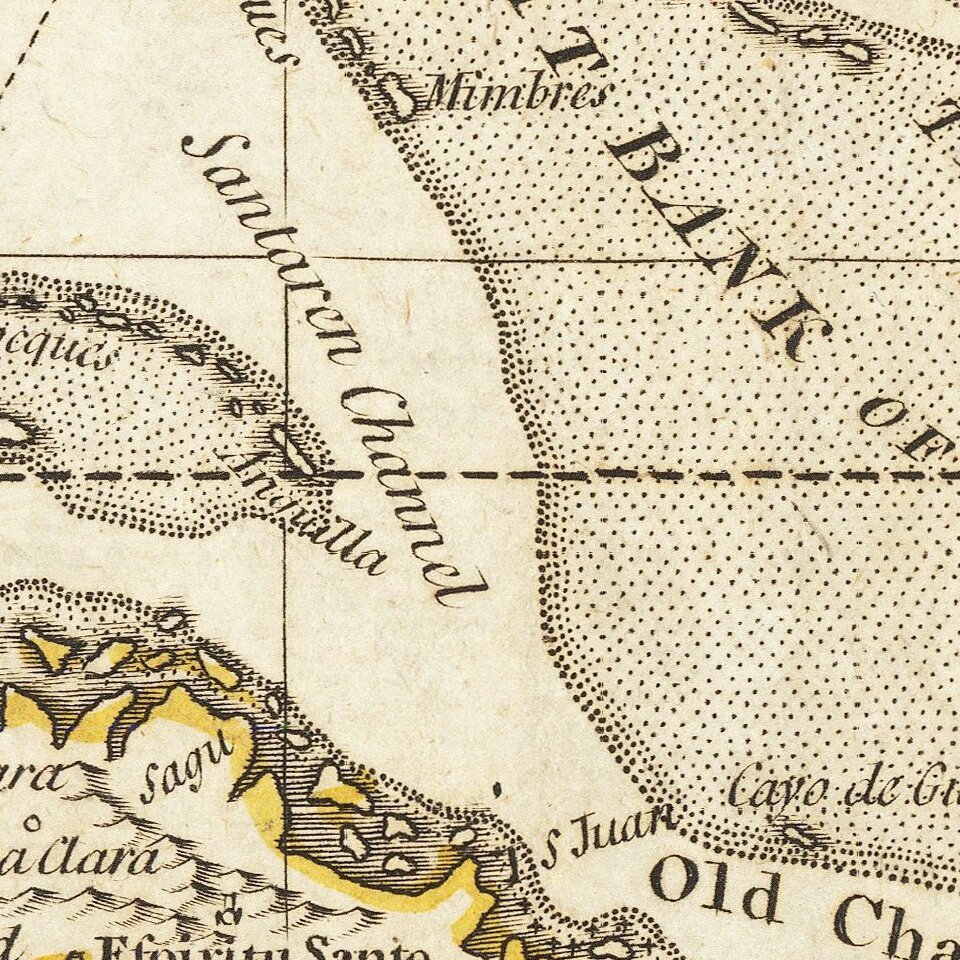 Nice example of John Cary's map of the Southeastern United States, Florida and the Caribbean, published on August 1, 1783.

Published in August, 1783, the map was issued one month prior to the signing of the Treaty of Peace between the United States and Britain, ending the American Revolution and formalizing American Independence.

The map presents a fine picture of the South at the birth of America. South Carolina is divided by precincts, the subdivisions which preceded its District and County systems. The detail in Western Georgia (Mississippi and Alabama) is quite impressive, with an unusual number of Indian Settlements shown.

The dating of the map gives his map the distinction of being the earliest printed map issued by John Cary. While previous scholars have identified An Accurate Map of the United States of America, with part of the surrounding provinces agreeable to the Treaty of Peace of 1783, as the first map printed under Cary's name, his map of the United States bears the date August 6, 1783, 5 days after the present map.

While the map is known to survive in several examples, it has, for reasons unknown, been overlooked by modern scholars. We note examples at the Library of Congress, British Library, Wisconsin Historical Society and Yale.