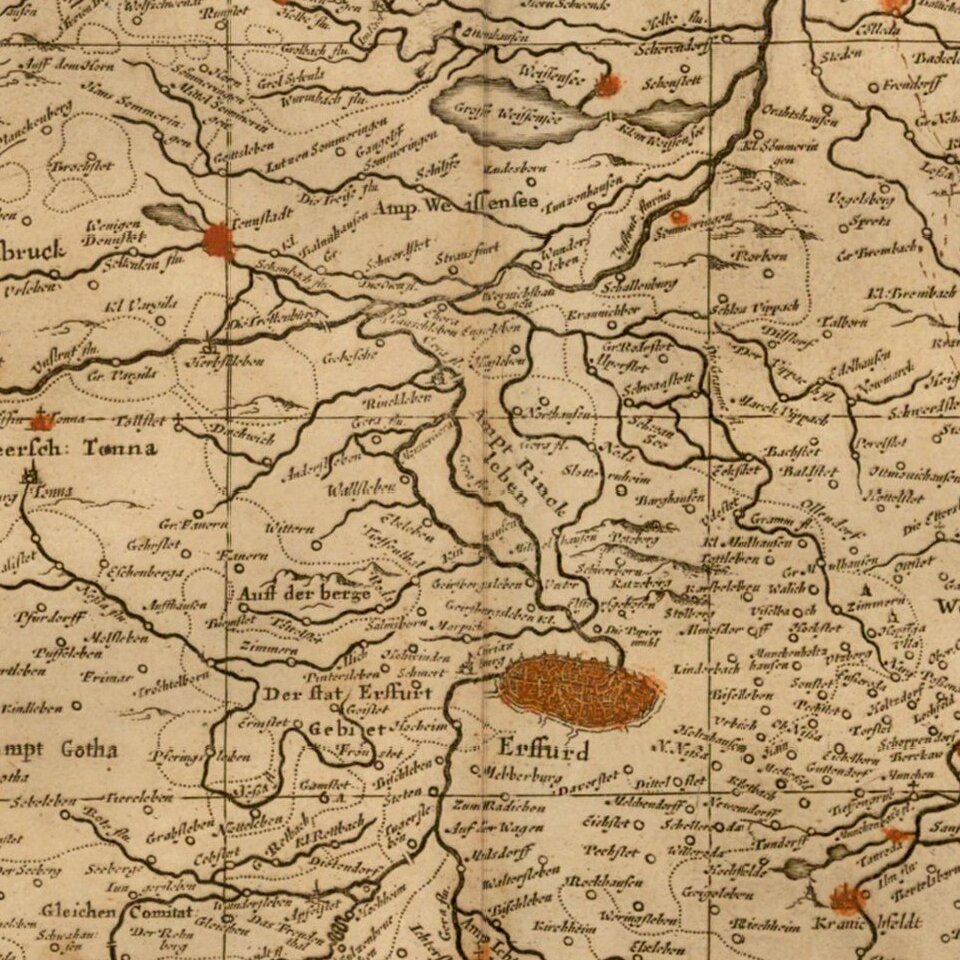 Detailed map of the region centered on Erfurt.

Pitt was from Cornwall, where he was baptized at St. Teath in 1639. He was educated locally but moved to London when apprenticed to bookseller Robert Littlebury. At the end of his apprenticeship, in 1661, he was made free of the Haberdasher’s Company. His first books to be published with his own imprint appeared in 1667.

Pitt specialized in learned publications and imported scholarly works from continental Europe. He also published the writings of members of the newly formed Royal Society, including Robert Boyle, as well as high-ranking clergymen. In 1678, Pitt was the first bookseller to offer his wares via an auction.

Thanks in part to his ties to the Royal Society, Pitt announced in 1678 that he would publish a massive twelve-volume atlas of the world. The plates were to be based on Dutch maps, with a text written by Bishop William Nicholson and Richard Peers. However, only four volumes ever appeared.

Pitt, who was also managing several properties in Westminster and had expanded in a partnership to Oxford, was spread too thin. The cost of each volume of the atlas alone Pitt estimated at £1,000. One by one, his ventures turned foul, landing him in debtors’ prison for seven years. He died in London, but not in prison, in 1697.