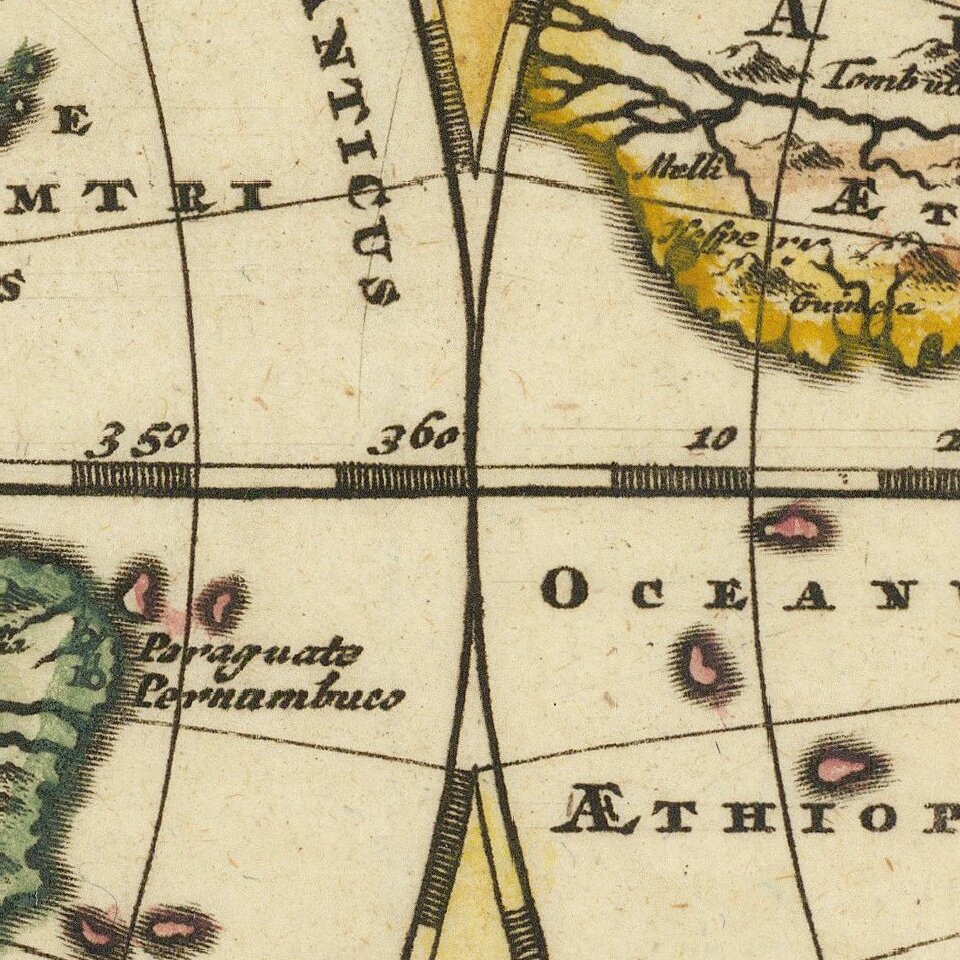 Interesting double hemisphere map of the world, from Cluver's Introductionis en Universum Geographicus…., one of the most prolific 17th and 18th Century Geography books.

The map presents a classic depiction of the world as known in the mid-17th Century. Quivira and Anian appear along the northwest coast of America, with Fretum Anian (Straits of Anian) depicted off the coast of northeast Asia, a depiction of the narrow passage believed to separate the continents and lead to the Northwest and Northeast Passages, above each continent. The Northeast Passage is clearly depicted, the Northwest more tentatively so, in recognition of the extensive explorations of the northeast polar regions by Barentsz and successors, versus the relative lack of success by the various explorers in the northern reaches of North America, above the poles (although the open depictions of the western parts of the bays in Nova Francia are reflective of the continued explorations).

In the southern hemisphere, the mythical Terra Australis Incognita dominates the map, with a narrow passage below Java Major and unnamed New Guinea, giving hints of the discovery of the Australian continent. The interior of North America is little known, with no Great Lakes and only a modest depiction of the Mississippi River. The Rio Grande is flowing into the Gulf of California. The bulging depiction of the east coast of North America is reflective of the explorations in the first half of the 17th Century, with Florida, Virginia, Norembega (New England) identified. The depiction of South America remains oversized, with a curious mix of pre-Le Maire and post-Le Maire geography shown at the southern tip of the continent.