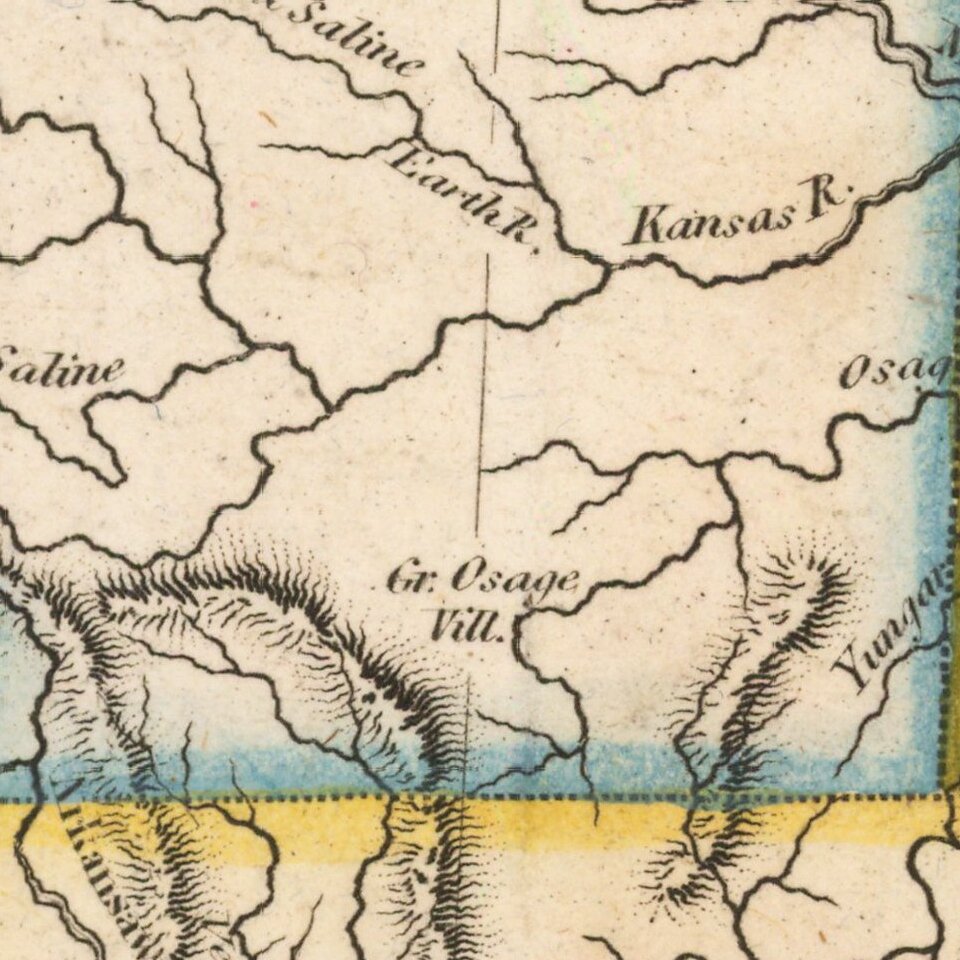 Showing The Discoveries of Lewis & Clark

Issued shortly after the Adams-Onis Treaty of 1819 and the admission of Missouri as a state in 1820, with the boundary of the newly minted state of Missouri shown in a highly inaccurate fashion. The remainder of the Louisiana Purchase is identified as "Missouri Territory."

The mythical River Buenaventura, extending from San Francisco to Lake Timpanogos is explained as the probable route of a water course "between the Atlantic and the Pacific."