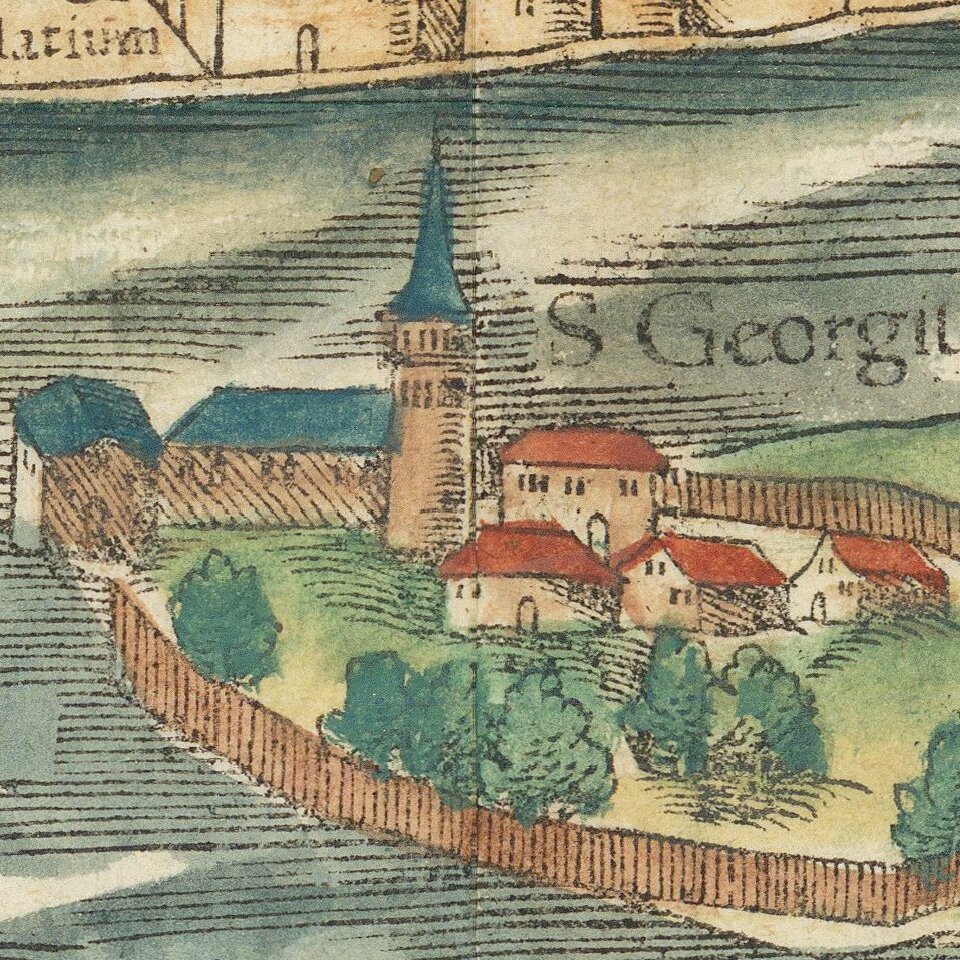 This is a gorgeous full-color example of Munster's view of Venice, from a Latin edition of Munster's Cosmographia, which was one of the most prolific works of the 16th and 17th centuries.

This is one of the earliest obtainable birds-eye views of Venice. This image portrays Venice at the start of its three-century decline from power. While the city still thrived on trade, the growing power of the city-states on the mainland and the city's lack of success at the Battle of Lepanto were issues plaguing the city at the time. Landmarks visible on the work include St. Mark's Basilica and the Doge's palace (both labeled Palatium), and the Rialto bridge is discernable.

This Latin-language example has a description outlining the layout of the city, describing access from the lagoon to the mainland as well as to the Mediterranean. The note goes on to describe the inhabitation of islands around the city, the various monasteries, as well as the arsenal and defense capabilities of the city. A special mention of the island of Moura (today Murano) and the beautiful glassworks it produces, an industry still associated with the island.

Münster's Cosmographia was the first German-language description of the world, and one of the defining books of the Renaissance. It contained 471 woodcuts and 26 maps over six volumes. First published in 1544, the Cosmographia was hugely popular in addition to being influential for contemporary cartographers like Mercator and Ortelius. It was published in at least 35 editions by 1628; these editions included examples in Latin, French, Italian, English, and Czech. After Münster's death, Henri Petri, and later his son, Sebastien Petri, took charge of printing editions.

Münster drew from his own travels in the work in addition to using other ancient and more modern sources. These sources included Herodotus, Strabo, and Titius Livius, as well as Marcantonio Sabellico, Beatus Rhenanus, and Aegidius Tschudi. Münster additionally collected reports from recent travelers, which he integrated into his descriptions. These descriptions generally included detailed overviews of the customs, dress, and organization of peoples around the world, earning him a prominent place in the histories of geography and anthropology.

Sebastian Münster (1488-1552) was a cosmographer and professor of Hebrew who taught at Tübingen, Heidelberg, and Basel. He settled in the latter in 1529 and died there, of plague, in 1552. Münster made himself the center of a large network of scholars from whom he obtained geographic descriptions, maps, and directions.

As a young man, Münster joined the Franciscan order, in which he became a priest. He then studied geography at Tübingen, graduating in 1518. He moved to Basel, where he published a Hebrew grammar, one of the first books in Hebrew published in Germany. In 1521 Münster moved again, to Heidelberg, where he continued to publish Hebrew texts and the first German-produced books in Aramaic. After converting to Protestantism in 1529, he took over the chair of Hebrew at Basel, where he published his main Hebrew work, a two-volume Old Testament with a Latin translation.

Münster published his first known map, a map of Germany, in 1525. Three years later, he released a treatise on sundials. In 1540, he published Geographia universalis vetus et nova, an updated edition of Ptolemy’s Geographia. In addition to the Ptolemaic maps, Münster added 21 modern maps. One of Münster’s innovations was to include one map for each continent, a concept that would influence Ortelius and other early atlas makers. The Geographia was reprinted in 1542, 1545, and 1552.

He is best known for his Cosmographia universalis, first published in 1544 and released in at least 35 editions by 1628. It was the first German-language description of the world and contained 471 woodcuts and 26 maps over six volumes. Many of the maps were taken from the Geographia and modified over time. The Cosmographia was widely used in the sixteenth and seventeenth centuries. The text, woodcuts, and maps all influenced geographical thought for generations. 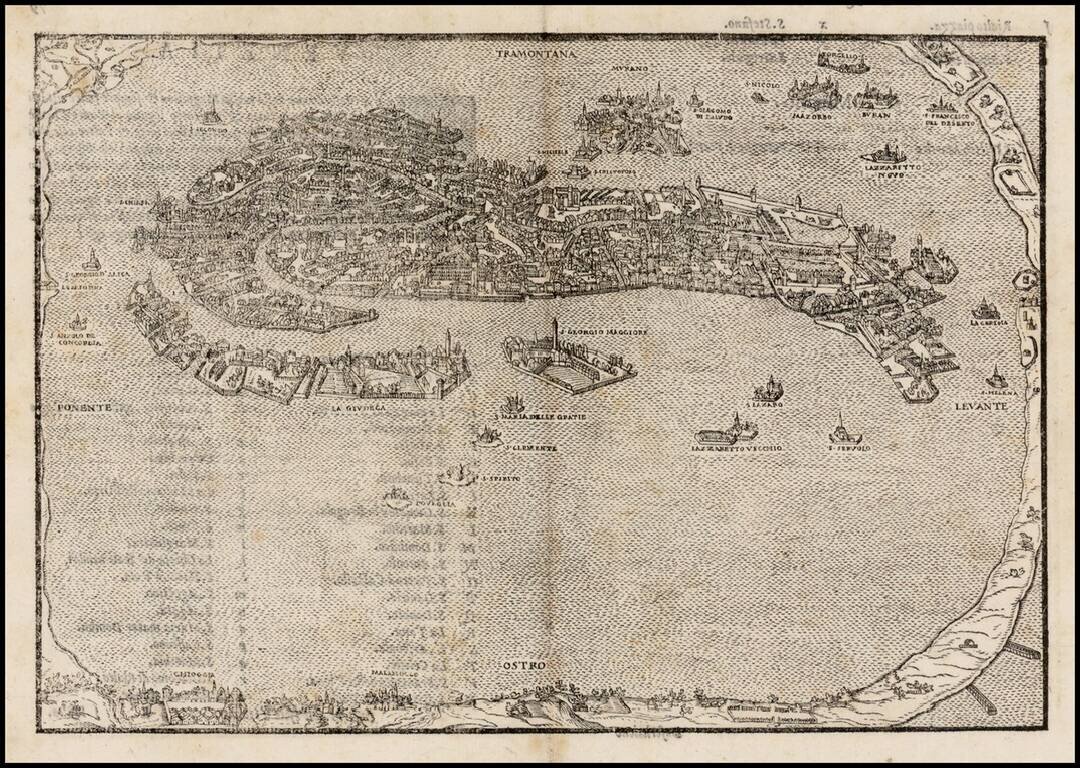 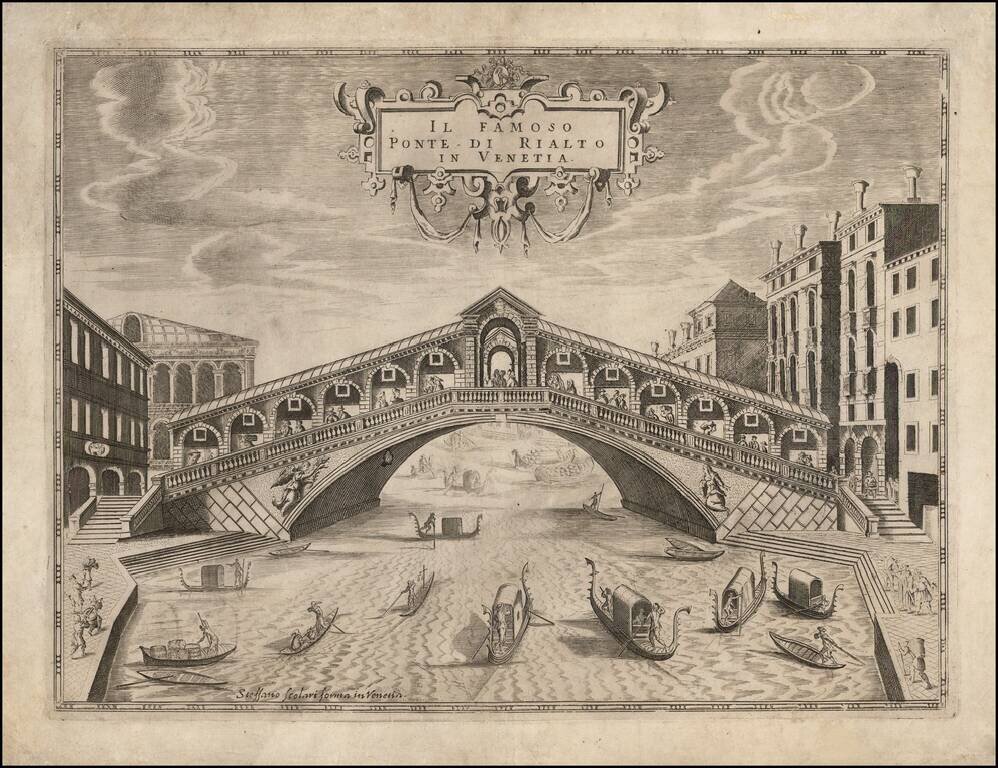 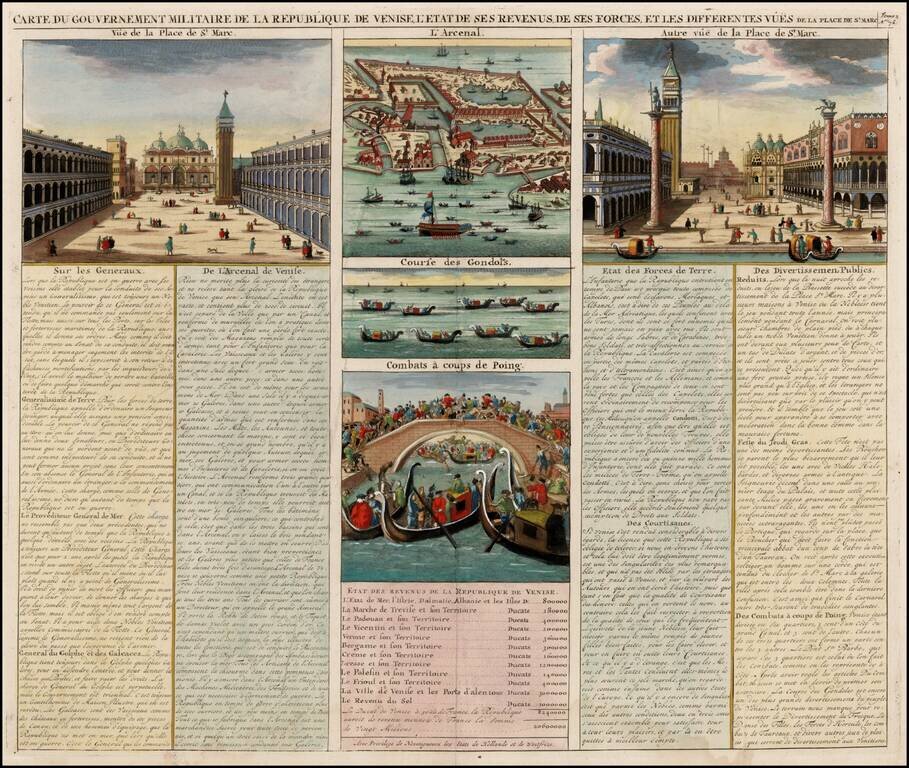