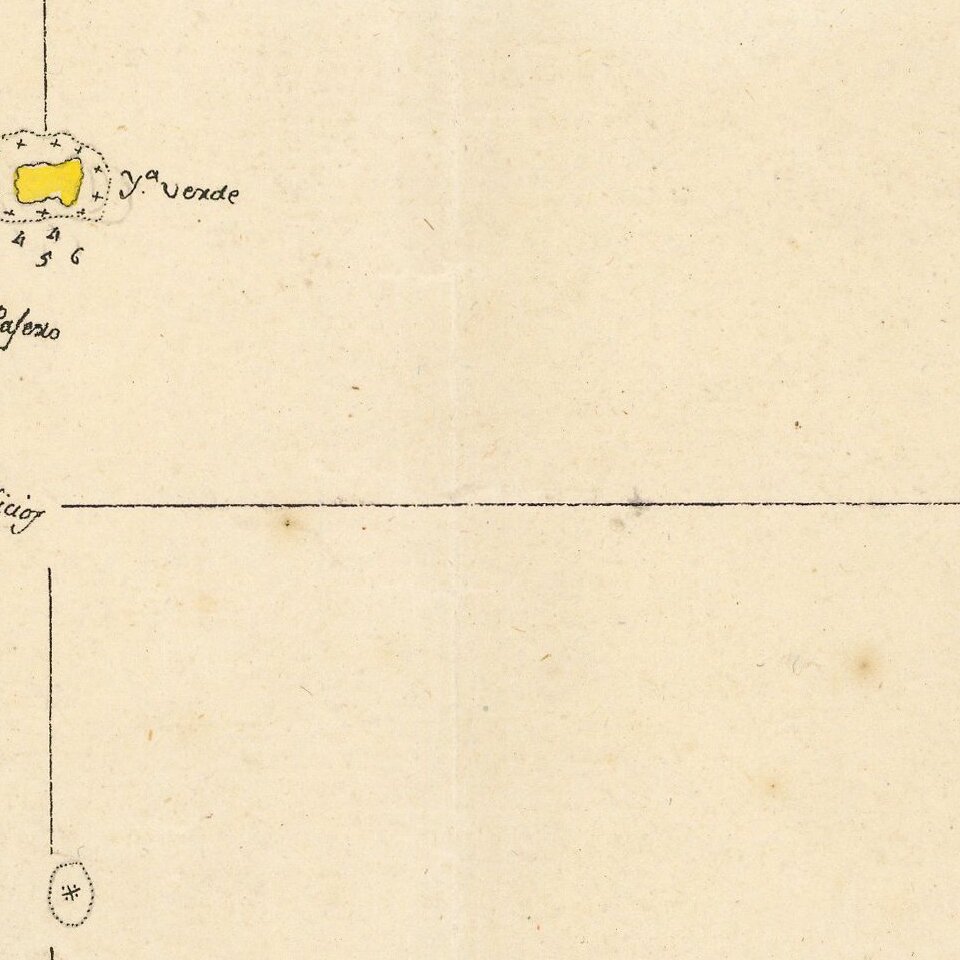 Fine Manuscript Chart of the Waters around Veracruz, Mexico

Nice manuscript chart of the waters surrounding the important port of Veracruz, on Mexico's eastern coast. The simple yet aesthetically pleasing chart was meant to aid in navigation to and from Mexico's gateway to Spain.

The city, marked in red, shows its walls and bastions; it is a fortress port. Directly in front of the pier is a fortified island. This is San Juan de Ulua, which was supposed to protect the port from invasion. Farther out to sea are other islands. They are all marked with sounding depths and outlines of sand bars, so as to aid navigation.

Indigenous peoples, specifically the Huastecos, Otomíes, Totonacas, and Olmecs, lived in the region that is now the state of Veracruz. Later, Aztec peoples lived in the area.

Although first contacted by Europeans in 1518, the town of Veracruz was founded by Hernan Cortez when he landed on the mainland of New Spain on April 22, 1519. It was Good Friday, also known as the Day of the True Cross, hence the name Villa Rica de la Vera Cruz, or Rich Village of the True Cross. The settlement received a coat of arms in 1523, the first place on mainland America to receive one.

Veracruz's main exports were silver and gold, mined from Potosí and other American mines, while its imports were numerous as Spain forbid the manufacturing of many goods in the New World. One of the most notable imports were human slaves from Africa. The region surrounding the port had the largest enslaved population in Mexico in the colonial period.

Veracruz was an important city in the Spanish American empire, and not just as a slave port. From the sixteenth century, Spain operated a closed monopoly of trade with its colonies; the colonies were only allowed to trade in Spanish goods brought on Spanish ships, although many smugglers and pirates undermined this system. Veracruz was the port on New Spain's eastern coast that received the Spanish treasure galleons, while Acapulco served this function on the west coast. The goods were then taken by wagon to the interior and sold at lucrative fairs; each fair produced around 20 million pesos worth of trade.

This manuscript chart, most likely made in the mid-eighteenth century, captures Veracruz at the height of its colonial power. From initial contact until today, Veracruz has been Mexico's most prominent port and it was the last place that Spain gave up when Mexico became independent. Most of Mexico was liberated in 1821, but the Spanish held San Juan de Ulua until 1825. It is easy to see how they managed to fend off the Mexicans for so long; the island fortress shown here is formidable to say the least and would be nearly impossible to breach. 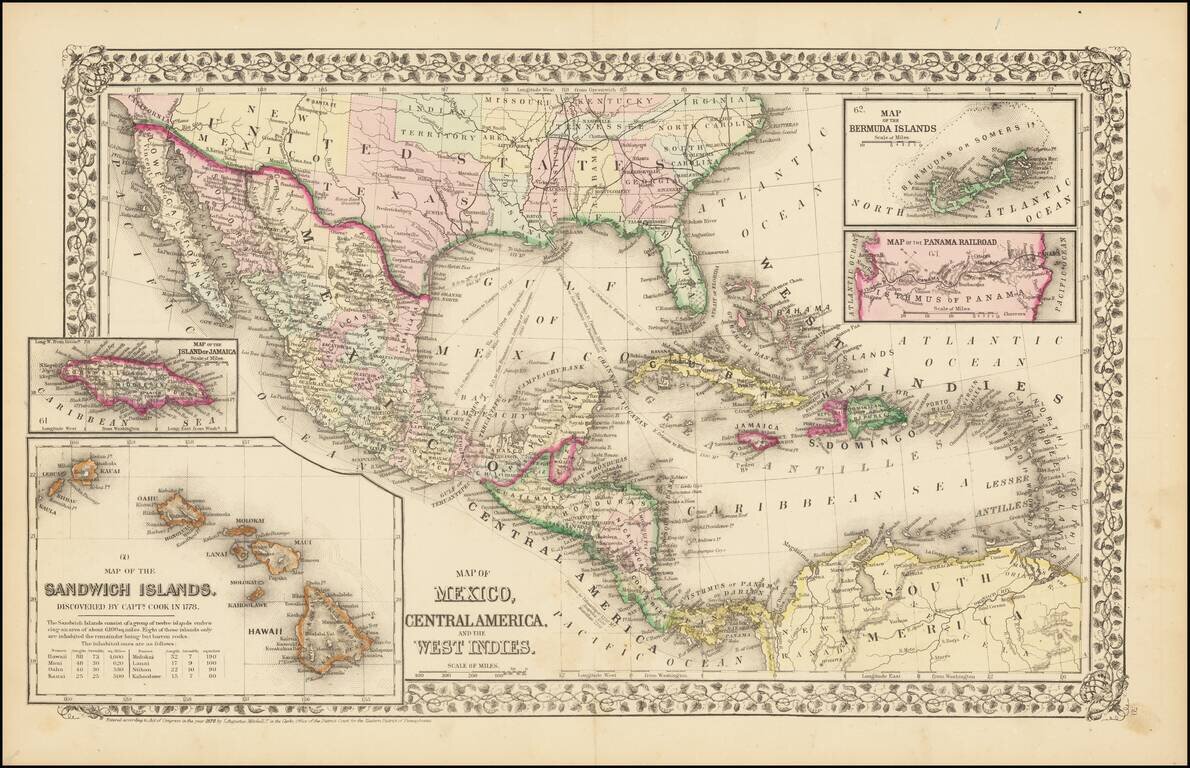