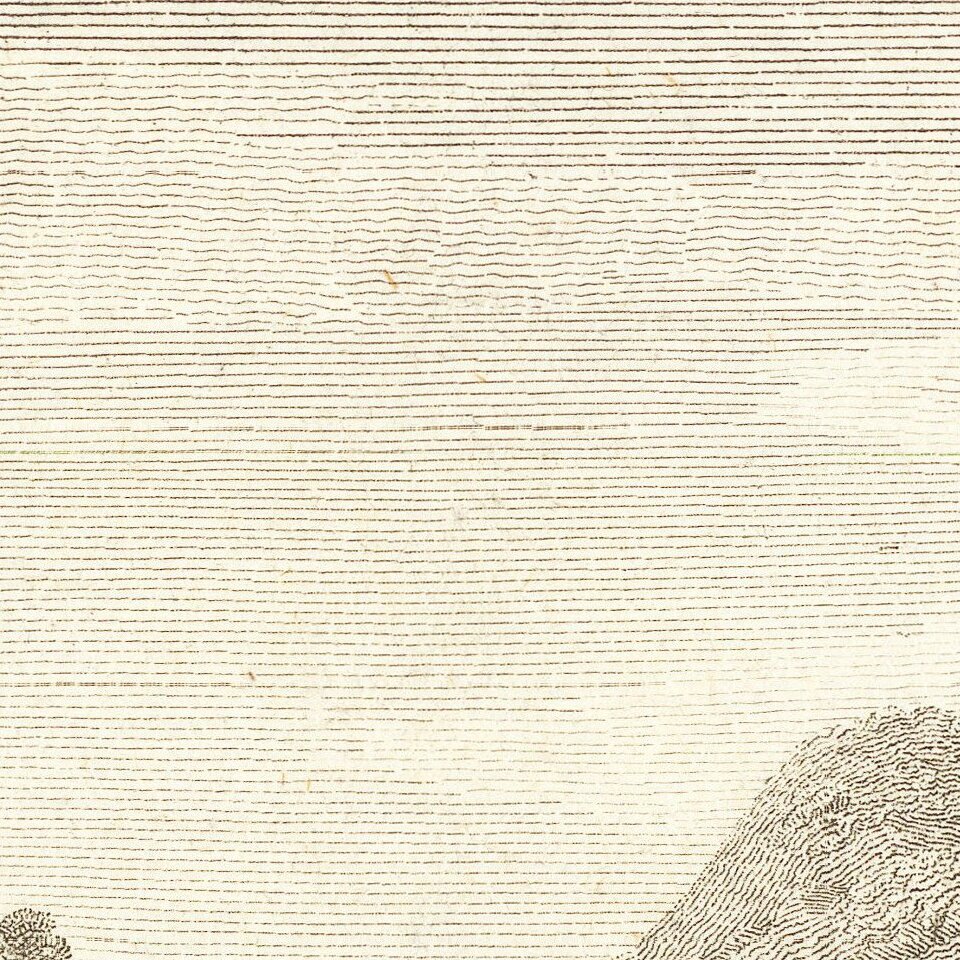 Beautiful View of Papenberg Island and Nearby Coastlines, from the Original Russian Edition of Krusenstern's Important Atlas

Fine example of this skillfully-engraved view of Papenberg Island on Russia's Pacific Coast, based upon drawings taken by Wilhelm Gottlieb Tilesius in 1804-5, which appeared in the atlas to accompany Ivan Federovich von Krusenstern's account of the first Russian circumnavigation.

The view shows an anchored Russian vessel mingling with Japanese ships. In the distance, some settlements can be seen on the shore.