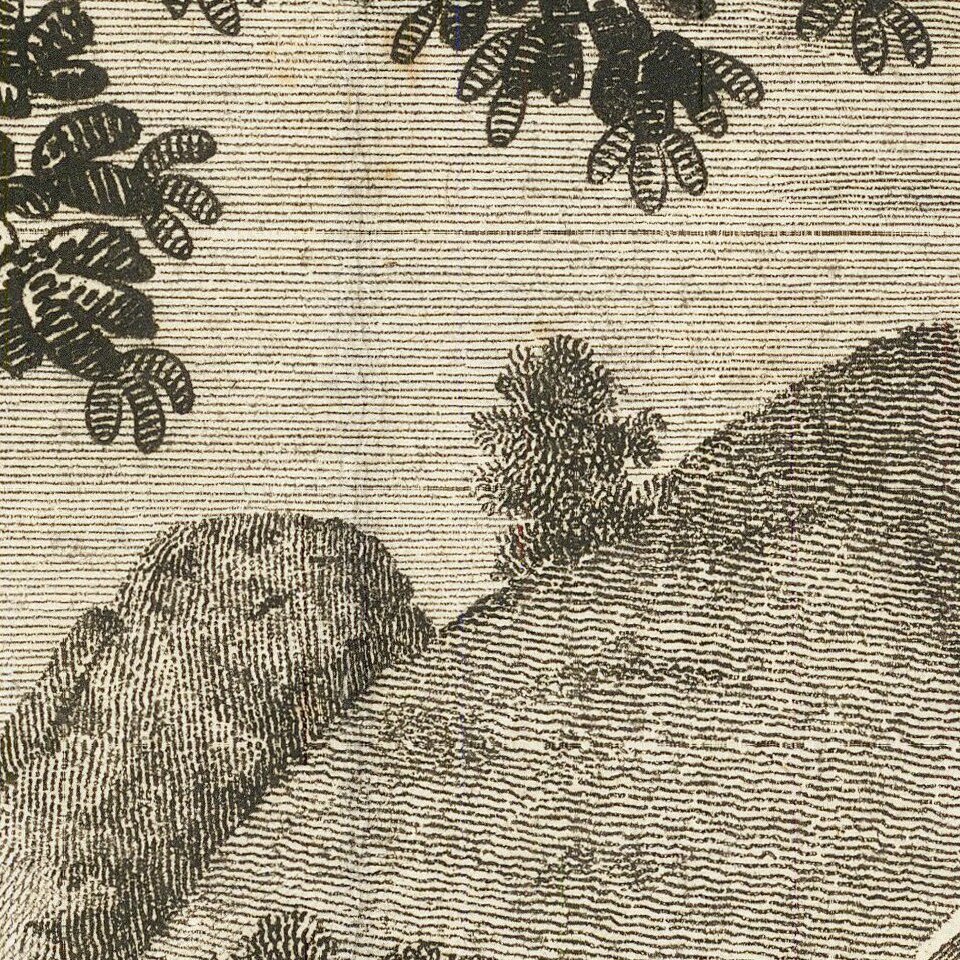 Fine example of this skillfully-engraved view of Nagaski coastline and an Osprey, based upon drawings taken by Wilhelm Gottlieb Tilesius in 1804-5, which appeared in the atlas to accompany Ivan Federovich von Krusenstern's account of the first Russian circumnavigation.

The view shows the coastline near Nagaski. A number of Japanese vessels are arrayed in the water. The focus of the image is on a large bird, which the Russian caption declares to be a "Japanese bird, called Osprey". The bird is not especially close to an Osprey in its appearance and given the course of the Krusenstern expedition from Kamchatka to Japan, we should entertain the possibility that it is actually a Steller's sea eagle, which was first officially described by Peter Simon Pallas years later in 1811.

The Krusenstern expedition arrived in Nagasaki in October of 1804. It was their intention to establish an embassy to Japan, and they brought along numerous gifts, as well as Japanese victims of the 1794 Andreanof Island shipwreck, with the hope of opening Japan. The Japanese were not impressed by most of the gifts, with the exception of an English automaton clock in the shape of an Elephant and a Russian kaleidoscope. The gift of fox furs, highly prized in Russia, were apparently particularly poorly received, as the Japanese viewed them as undesirable. The conduct of the Russian ambassador Rezanov was also detrimental to negotiations and they eventually failed to produce the desired results.

This is plate 46 from the atlas.