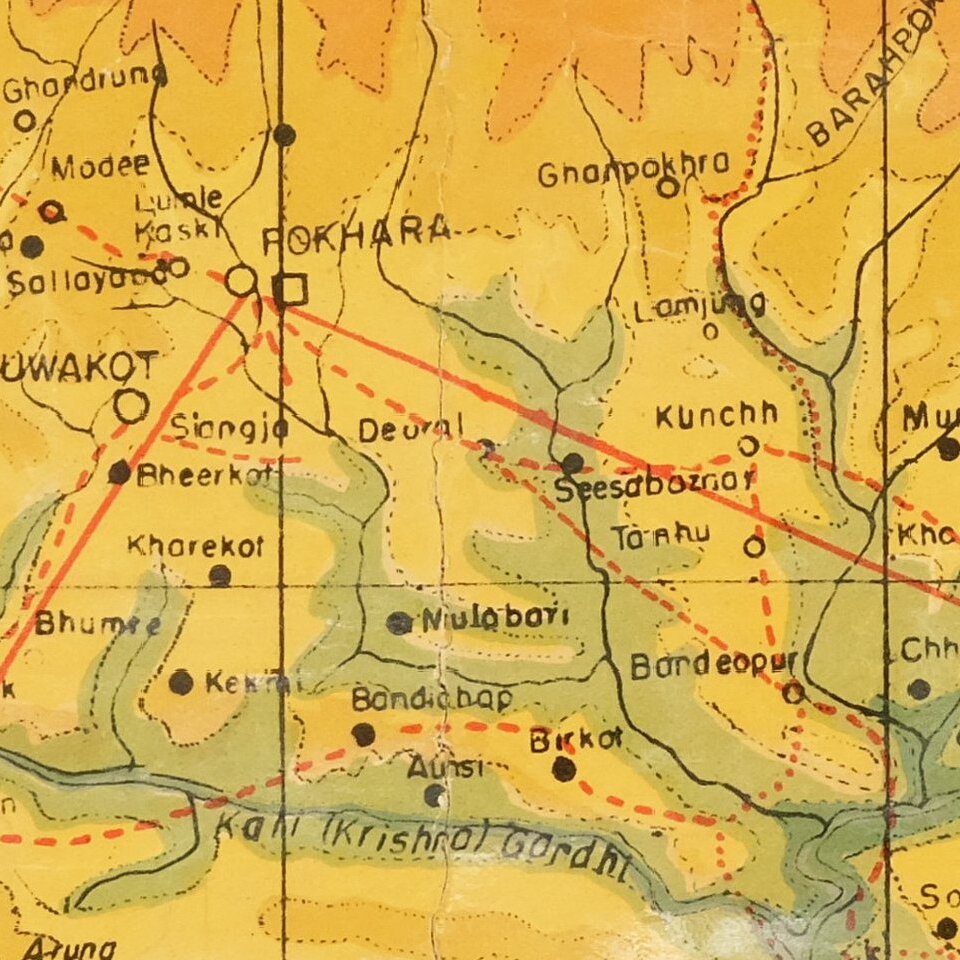 Illustrating Hillary's Ascent of Mount Everest and Prior Failed Attempts

Fascinating map of Nepal, issued shortly after Sir Edmund Hillary's Ascent of Mount Everest, including a large inset map / view of the mountain, showing the route of Hillary and Tensing Norgay to the summit of Mt. Everest.

The map was drawn by Modgill & Co. of Delhi and published by the Nepal Trading Corporation. The map printer is the Commercial Offset Press of New Delhi.

The map includes a main "Physical" Map, a smaller map showing the Castes in Napal (with numerous caste's named), Political Map, and several keys explaining the map detial, including a reference key identifying Motorable Roads, Tacks, Aeroplane Landing Grounds and Air Service Routes. Below the Everest illustration is a key explaining the history of attempted ascents of the mountain in the 20th Century.

The table at the bottom left identifies 11 attempts to ascend Everest, ending in the 1953 ascent by "J Hunt" and "Ten Singh", which notes "Conquored". J. Hunt is Brigadier Sir Henry Cecil John Hunt, Baron Hunt, (1910 – 1998) a British Army officer who is best known as the leader of the successful 1953 British Expedition to Mount Everest. No mention is made of Hillary, who teamed with Tenzing Nogay to complete the ascent on the party's second attempt, the first ( Tom Bourdillon and Charles Evans) having failed 100 meters short of the summit.

This is the first map we have ever seen which includes an illustration showing the ascent of Mt. Everest.

This is the first example of the map we have had more than 10 years.

It appears that Simon Fraser University holds a copy of the map, but we could find no other references to its existence.