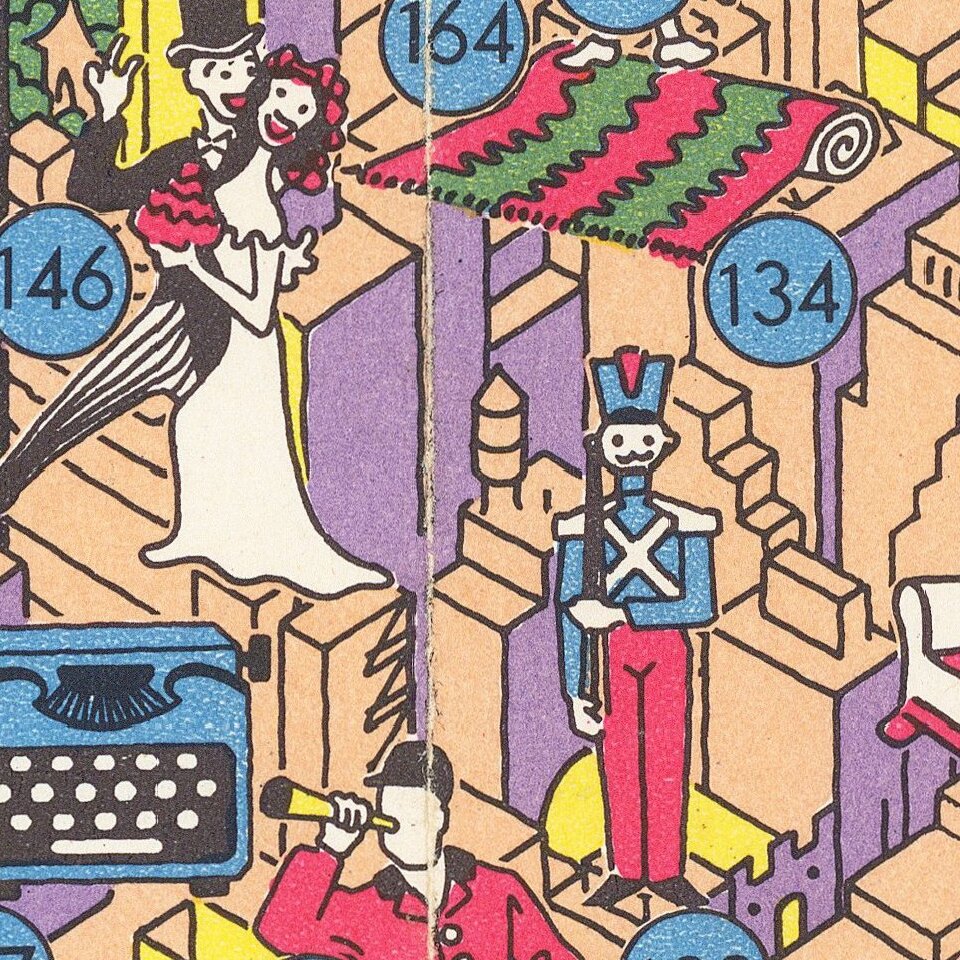 Hansell's map is a whirlwind of whimsical imagery, focused on the transit and buildinds in New York City.

Designed by Nils Hansell at the time employed by IBM and Art Director of the IBM Journal of Research and Development, the map identifies 100s of Manhattan points of interest, along with a color-coded map of the subway system, which was at the time divided up by its operators, BMT, IND and IRT. The map also illustrates the last of New York's elevated railway systems, the last of which was ended in 1955.

Along the Hudson River, pictorial illustrations of the dock various shipping companies and cruise lines are illustrated, with more to the west of Battery Park.

The map is ringed by whimsical illustrations of New York City street life.

The image is capped by a portrait of the maker in the lower right corner.

The map is quite rare on the market, and has attracted considerably media attention over the years, with numerous on-line articles featuring the map.