1740. (World on the Horizon of Paris) Horizon De Paris

(World on the Horizon of Paris) Horizon De Paris information: 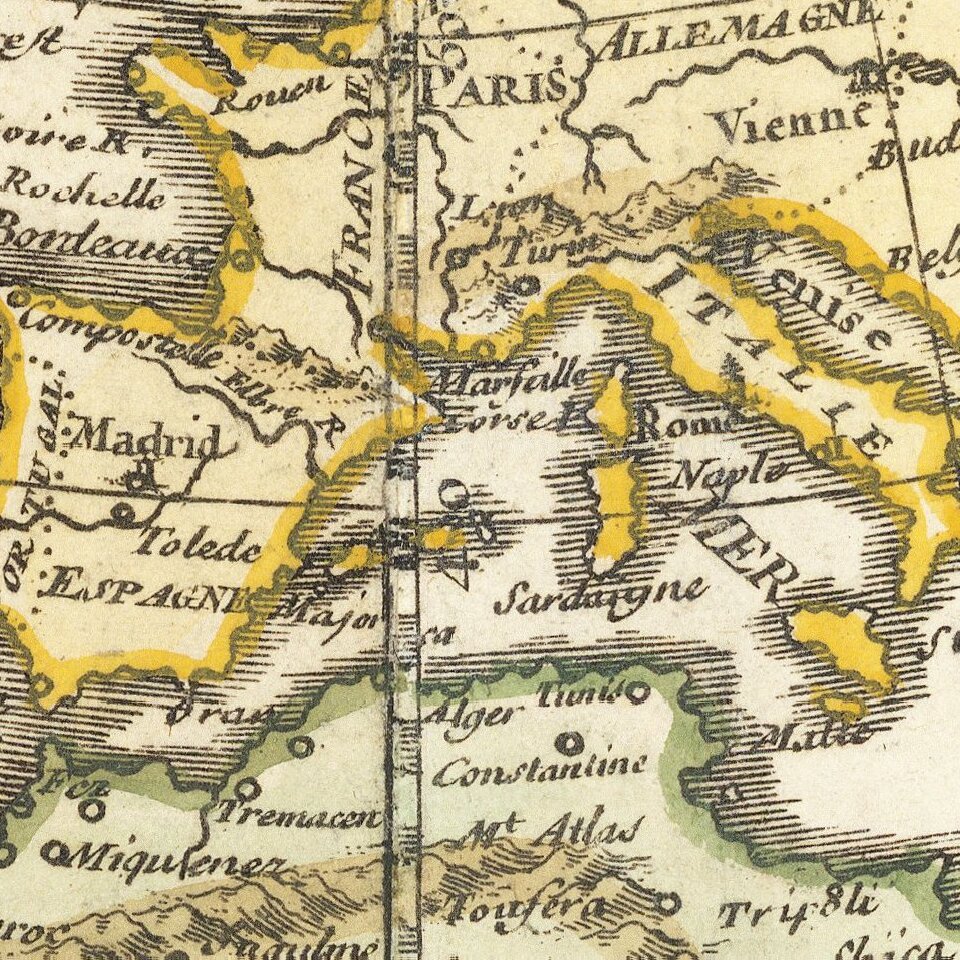 Unusual, Separately-Issued World Map on the Horizon of Paris

First published in Paris in 1739, this map shows the world projected around the meridian of Paris, one of several competing prime meridians in the eighteenth century. In the bottom right corner of the map is a decorated dedication to the Archbishop of Cambray (Cambrai), a peer of France, Prince of the Empire and Count of Cambresis. These honorifics refer to Charles de Saint-Albin (1698-1764), the illegitimate son of the duc d'Orléans and an opera dancer. Although technically a bastard, his family connections vaulted him to high positions in the Catholic Church and his ultimate appointment as the Archbishop of Cambrai. This dedication is signed only with 'S*', leaving the maker unknown, although the map was sold in the rüe des Prouvaires, in Paris. Circling the globular projection is a horizon ring, precisely like one a reader would expect to see on a standing globe. The outer rings show symbols for celestial constellations, the months of the year and points on a 32 point compass.

Hand-colored lines trace political boundaries of the European empires in Africa, Asia, and the Americas. The northwest coast of North America is left blank, although the mythical Terre de la Compagnie extends into the northern Pacific Ocean. The rest of the Pacific is absent from this map, as it shows only a single hemisphere. Flanking either side of the hemisphere are two columns of text explaining the horizon ring in detail and how to use the rings to calculate location, time change, and other measurements. The document as a whole offers a quick primer to geography, a subject that was a common part of privileged boys' (and some girls') education. Although pleasing to the eye, this map is a helpful reminder of the utility of cartographic objects, especially in the eighteenth century.